The Age of the Unicorn Wanes 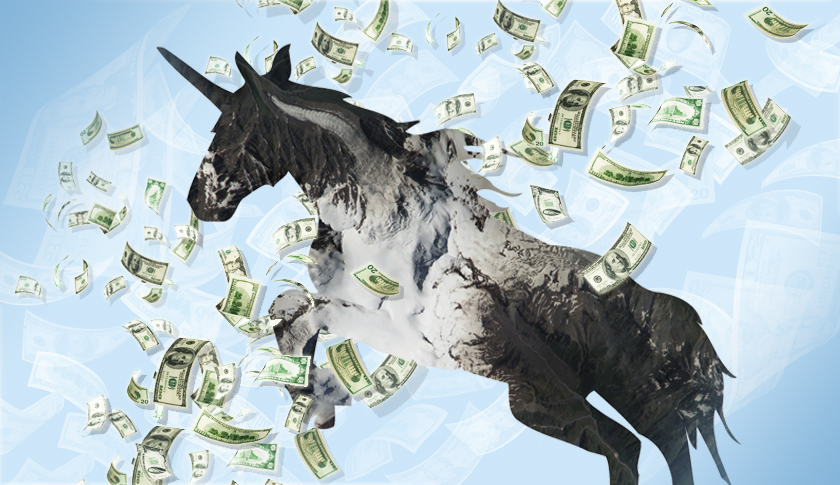 The new cover of Fortune magazine features a compelling image. A herd of unicorns is rushing to an exit that unfortunately for them is too narrow for all but a few to get through. The symbolism is clear. In what our story calls “Silicon Valley’s $585 billion problem,” the vast majority of these so-called unicorns—private companies valued by their investors at more than $1 billion—will not be able to go public at anywhere near their last valuation, if at all.

The half-a-trillion-plus-dollars figure is the value of the 173 unicorns we counted, according to investors in the companies. We also report that private investors have pumped $362 billion into startups in the past five years.

The problem here is twofold. First, the IPO market, long a rigged game according to the telling of veteran financial journalist (and one-time investment banker) Bill Cohan, stinks. If the IPO market stinks, it’s tough for these overinflated unicorns to go public. Then there’s the market itself, which is even smellier of late. Lower valuations across the board, even for tested companies, are horrible news for untested, bubble-inflated wannabes.

As for what happens next, I’m more optimistic than most. To be sure, there will be a lot of pain. Many of these company will simply vanish. It happens every cycle, and this one will be no exception. Many will raise more private money at lower valuations, so-called “down rounds,” which will deeply hurt employees, founders and some earlier investors. Steven Davidoff Solomon covers this landscape here. (He also has a nice line about what happens when “unicorns instead become donkeys.”)

Perhaps surprisingly many others will go public after all, and they’ll have their maligned investment bankers to thank for that. For decent companies, of which there are many, there is a price at which public investors will want their shares. They’ll pay the bankers their fees, collect capital from mutual funds and retail investors, and live to fight under happier market conditions.

The age of the unicorn is about to end. The cycle of innovation, financing, growth, disruption, and wealth creation and destruction is going strong.