Why Panicked Investors Are Wrong About China’s ‘New Normal’ 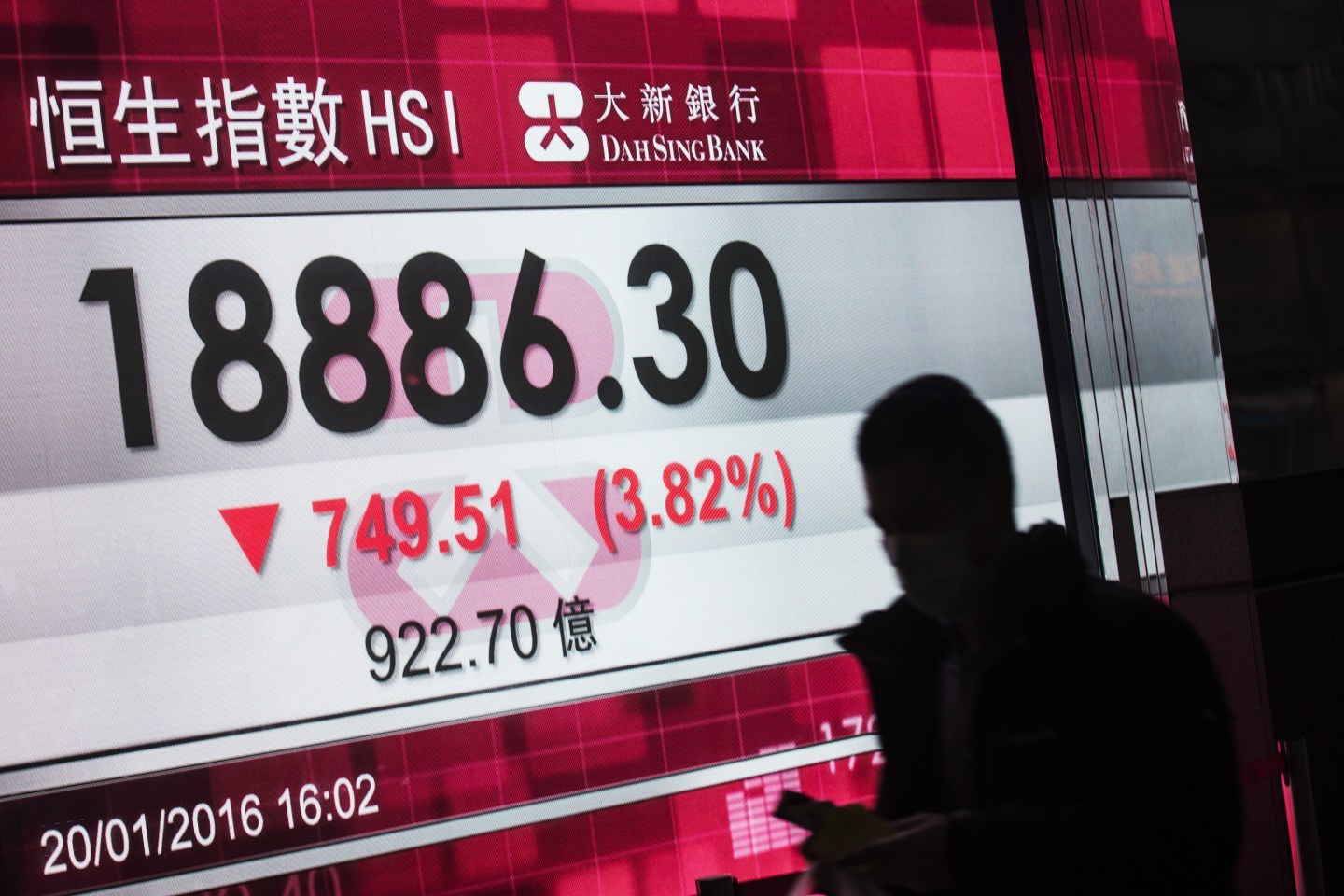 The world seems to be waiting for doom and gloom in China, as U.S. stocks took another pounding Wednesday. And this isn’t the first time. When the Shanghai stock exchange index went into a precipitous dive last summer, followed by a 4% devaluation of the renminbi relative to the U.S. dollar, more than a few normally sober analysts began to panic. The result was a number of dire predictions that China’s economy might be facing a potentially catastrophic decline. And here we go again, leading 2016 with more cries of panic and market turmoil. Yet, the general stance that analysts, investors and even the media has taken, is overall much too pessimistic.

Far from experiencing a decline, China’s economy is trying to adjust to what amounts to “a new normal” with varying degrees of pain. From 2002 through 2008, annual growth averaged an astounding 12%. That overheated growth rate slowed to between 8% and 9% a year from 2008 through 2014, and it is currently averaging between 6% and 7%. The slower growth rate is a sign that China’s enormous economy has passed the startup stage and is beginning to mature. While this is certainly a new environment for investors to wrap their hands around, it doesn’t equate to economic Armageddon. As economies develop and become more massive in size, annual growth inevitably slows – but it still grows. The annual growth in GDP in the U.S. is around 2.2% and in the U.K., it is 1.7%.

Although the inevitability of China adjusting to a sustainable normalcy like in other large modern economies should be obvious, it does not diminish the impact of last summer’s crash or today’s panic. At its low point on August 26, the Shanghai index had dropped by more than 30% and investors had lost anywhere from $4 trillion to $5 trillion. This loss obviously contributed to painting a dismal picture for the future of China. The real question, however, is whether the dizzying drop was due to a decline in China’s economic health, or whether investors had simply failed to accurately interpret China’s current economic evolution.

Today, the world is trembling over a similar shock with levels even moving slightly lower than last August. Although investors may precipitately cry doom, it’s worth further exploring. A contributing factor to these large drops has been the Shanghai Stock Exchange’s stunning expansion. In June 2015, the index swelled 2.5 times its previous size of less than two years prior. The daily trading turnover quadrupled in the same time period. To a certain extent, the government welcomed and even encouraged the rapid expansion. Not only did it result in an influx of fresh capital, but it also helped offset a brief decline in exports. A more liberalized approach and the introduction of a flood of complex new investment vehicles encouraged ordinary Chinese citizens, as well as foreign investors, to climb on the bandwagon. Many investors had the mistaken notion that the market would continue expanding indefinitely thanks to strategic interventions by Beijing. At a certain point that approach was bound to become unsustainable, and it’s time to adjust to the reality of growth that is slow and steady.

What also seemed to add to the negativity around China’s economy was currency reform. China’s devaluation wasn’t substantial, but was heavily critiqued because of the relative lack of transparency. China traditionally likes to make its critical policy decisions behind closed doors in order to present a unanimous decision to the outside world. In this case, it was hard for anyone to know how far the devaluation would finally go. In the end, it did not go very far. In 2014 and 2015, the euro’s loss in comparison to the U.S. dollar was far more dramatic than the renminbi. Looking at several currencies in the past year, many governments have taken initiatives and few have been very open it. The bigger takeaway is that all countries including China have interfered in aims to help, not hurt their economies.

Also, when judging the economic health of China, recent market fluctuations need to be taken into perspective. What many investors and observers miss in their analysis, is the fact that the Shanghai stock market is still relatively small when compared to China’s economy as a whole. Only 5% to 10% of China’s capital is raised through equity issues, and the total free float of available shares on the market only accounts for 25% to 35% of GDP. In most developed countries that ratio is around 85% to 100%. In the U.S., it is 150%. So for now, stocks in China have a much less drastic effect on the real side of the larger economy.

The investor makeup has been too heavily focused on retail. Although skeptics point to the still heavy reliance on state-owned industries, continuing problems with corruption and a tendency to intervene at critical moments, the fact is that China is making steady progress from a heavily socialized economy to a free market with all the volatility and risks that that entails. Back in 2001, state-owned enterprises accounted for roughly 30% of China’s GDP. Today, the figure has declined to 25% of GDP. That said, state–owned enterprises still account for 60 million jobs.

China is evolving relatively quickly, but it needs to do so at a measured pace. Business transformation is under way and the landscape is changing in a way that also contributes to China stabilizing as a modern economy. The key for investors is to look at China’s business development on a sector by sector basis. The bottom line is that while markets have fluctuated, pessimism, especially by investors is exaggerated in regards to China’s overall economic health. It is abnormal for any country to sustain double–digit growth for a long period of time. Five to seven percent growth for the second largest economy (the first in Purchasing Power Parity) is still commendable. Both China and the world need to readjust to this new normal.

Winter Nie is a professor at IMD business school in Switzerland.