This Big Investor Still Has Faith in Chipotle 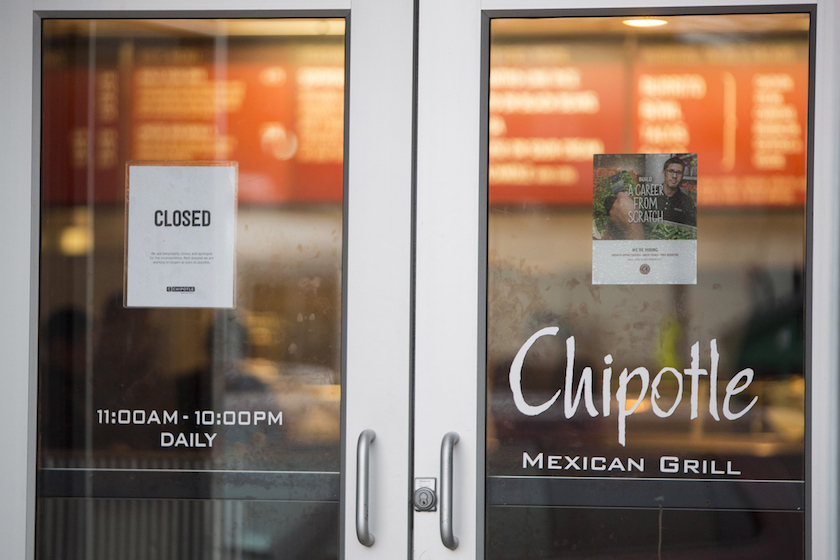 BOSTON, MA - DECEMBER 08: A sign showing that the Chipotle Mexican Grill seen at 1924 Beacon St. is closed on December 8, 2015 in Boston, Massachusetts. According to Boston College spokesman, 80 students have gotten sick after eating at the fast food chain. (Photo by Scott Eisen/Getty Images)
Photograph by Scott Eisen — Getty Images

Fidelity’s Contrafund, the biggest mutual fund investor in Chipotle Mexican Grill (CMG), held steady in the company during the fourth quarter, even as an outbreak of food-borne illness in the restaurant chain pummeled its shares.

“We held steady our investment in Chipotle, a longtime holding, deciding to hang in there, based in part on management’s focus on productivity and comparable-restaurant sales,” Contrafund portfolio manager Will Danoff said in his most recent commentary for investors. His fourth-quarter update was released this week.

Danoff is one of the mutual fund industry’s most influential investors, running a portfolio with $110 billion in assets. His fund held a 6.29% stake in Chipotle, as of Nov. 30.

Chipotle was the largest detractor to Danoff’s performance in the fourth quarter, when its shares lost about one-third of their value because of the outbreak.

Last month, Chipotle said it may never pinpoint what caused an E. coli outbreak linked to two restaurants in Kansas and Oklahoma, extending a mystery over dozens of illnesses tied to the burrito chain.