This Major Anti-Smoking Campaign Is Aimed at Tobacco Country 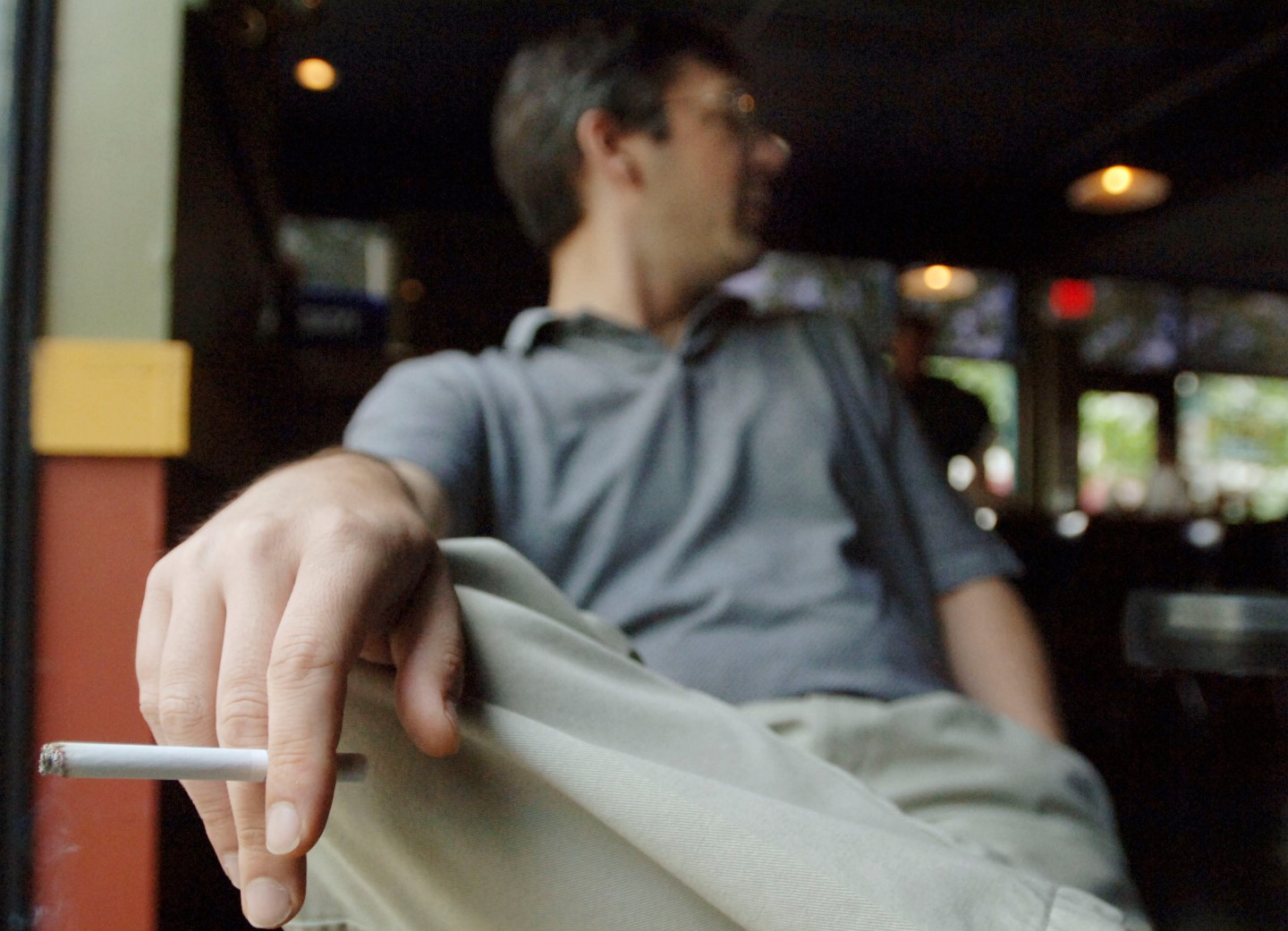 LOUISVILLE, KY - AUGUST 9: Tim Tash smokes inside a downtown restaurant August 9, 2005 in Louisville, Kentucky. Louisville, the largest city in a tobacco growing state, plans this week to consider a ban on lighting up in restaurants, day care centers and most other businesses. (Photo by Mike Simons/Getty Images)
Photograph by Mike Simons — Getty Images

The Centers for Disease Control is reportedly aiming its latest series of anti-smoking ads in areas where smoking rates are the highest.

A new $70 million installment of its anti-smoking campaign, which tells the story of former smokers, will run most frequently in parts of Kentucky, Louisiana, Mississippi, Ohio and West Virginia, according to Bloomberg.

All these states rank as the areas with the highest smoking rates, in a look at the Gallup-Healthways Well-Being Index on smokers that was released in March 2014:

The new ads are also targeted at two categories of smokers: current and former members of the military, and those with mental illness. They are aimed at combating recent trends in cigarette smoking, which has been in decline over recent years. However, around 40 million American adults still count themselves as smokers, according to the C.D.C., and three in 10 cigarettes are smoked by someone with mental illness.

The new round of ads beginning Jan. 25, reported Bloomberg, will include stories from an Air Force veteran and a woman who smoked while struggling with depression and anxiety.

The “Tips From Former Smokers” campaign helped around 100,000 people quit in 2012, the first year of the campaign. “We went as a society from where a polite thing would be to say, ‘Would you like a cigarette?’ to where the polite thing was, ‘Would you mind if I smoke?’ to where you wouldn’t even ask that,” Tom Frieden, director of the C.D.C., told Bloomberg. “That’s a huge shift in how we view smoking as a society.”