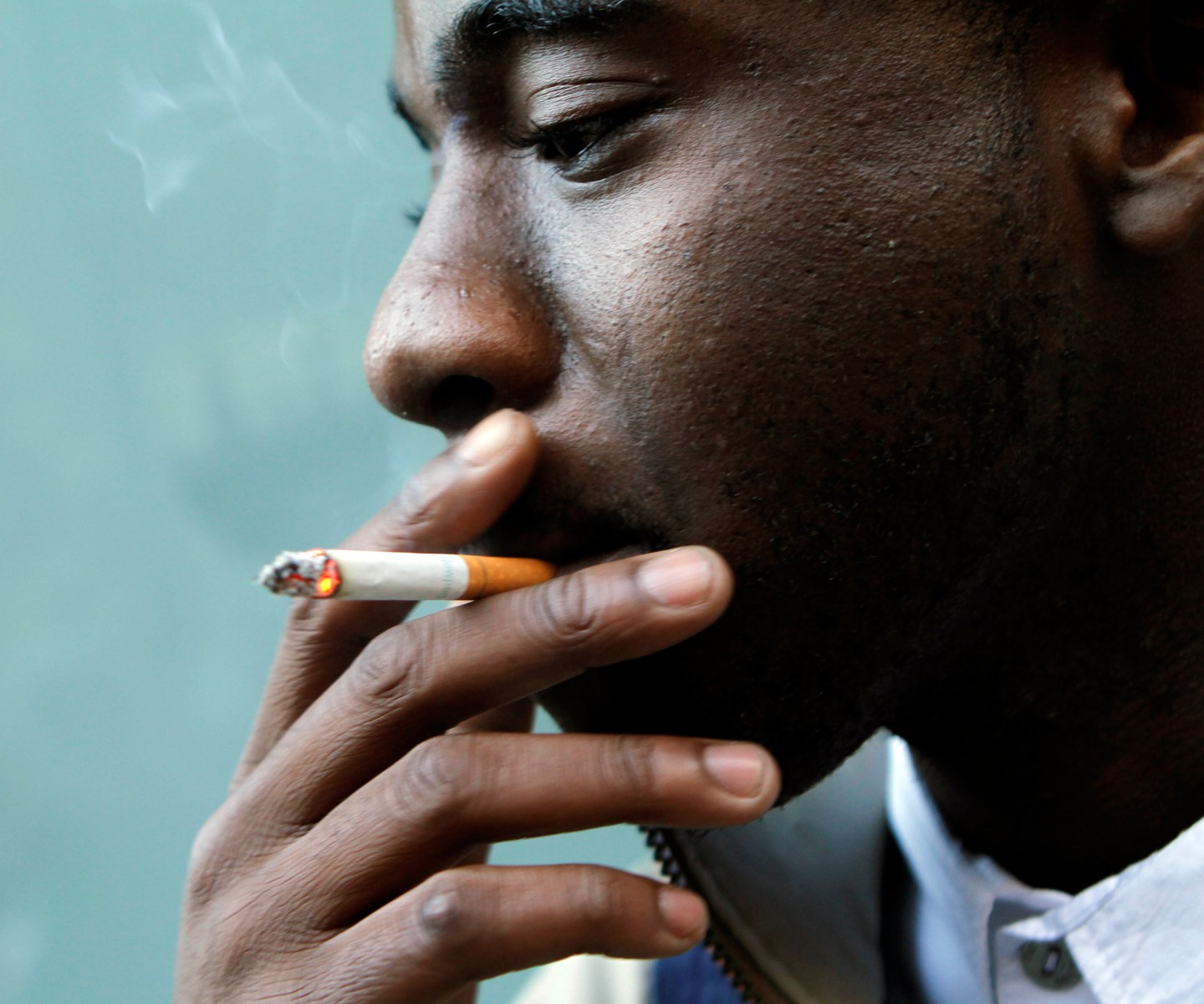 Samuel Johnson, 20, a student at Harold Washington College in the Loop, smokes a menthol cigarette outside while between classes.
Photograph by Phil Velasquez—Chicago Tribune MCT via Getty Images

The tobacco industry saw a major change recently after the Food and Drug Administration ordered four major cigarette brands to cease sales in the U.S. Here’s why.

What is the 2009 law that was used? In short, it is the Tobacco Control Act, a landmark bill that was signed into law that gives the FDA unprecedented powers to regulate tobacco products for the first time. Signed into law on June 22, 2009, the FDA can compel the tobacco industry to put more effective warning labels, enforce restrictions on advertising, review alleged misleading product claims and require companies to disclose what’s inside their products. The agency can also ban tobacco products outright that they deem are riskier than normal.

At the time, President Barack Obama – himself a struggling quitter of smoking – said the law would mark a major step in curbing the sale of tobacco products to the young, and was aimed at addressing the 400,000 who die every year through smoking-related diseases. “All of us are finally about to achieve victory with this bill, a bill that truly defines change in Washington,” he said at that time.

In June 2013, the FDA made history by enforcing this law, rejecting four new products from the Lorillard Tobacco Company, known for their Newport cigarettes. “This is the first time in history that a federal agency has told tobacco companies that they could not market a new or modified cigarette because of the public health problems they pose,” Matthew L. Myers, president of the advocacy group Campaign for Tobacco-Free Kids, told the New York Times.

This time, the FDA is going after a stream of modified tobacco products that are marketed as flavored and supposed milder cigarettes. In 2009, there was a growing outcry over the newly introduced list of banned tobacco products containing flavoring. While most flavors were eliminated, menthol-flavored cigarettes were exempted, even though anti-tobacco lobbyists have said the cooling flavor is used to suppress the harshness of cigarettes, thereby increasing smoking initiation amongst youth and young adults.

It is likely that these findings have led to the FDA banning what seems to be a group of modified products from RJ Reynolds, two of which are menthol-based. While the four brands make up less than 1% of RJ Reynolds’ sales volume, according to a research note by Cowen and Company, the FDA’s move could have far-reaching effects on the industry. About 30% of the 44 million smokers in the U.S. identify menthols as their preferred cigarette, and around 57% of the young smoked menthols. The FDA’s new powers could further reduce cigarette smoking, continuing a 50-year decline as the chart below shows: