Here’s the Case Against Bernie Sanders Getting the Nomination 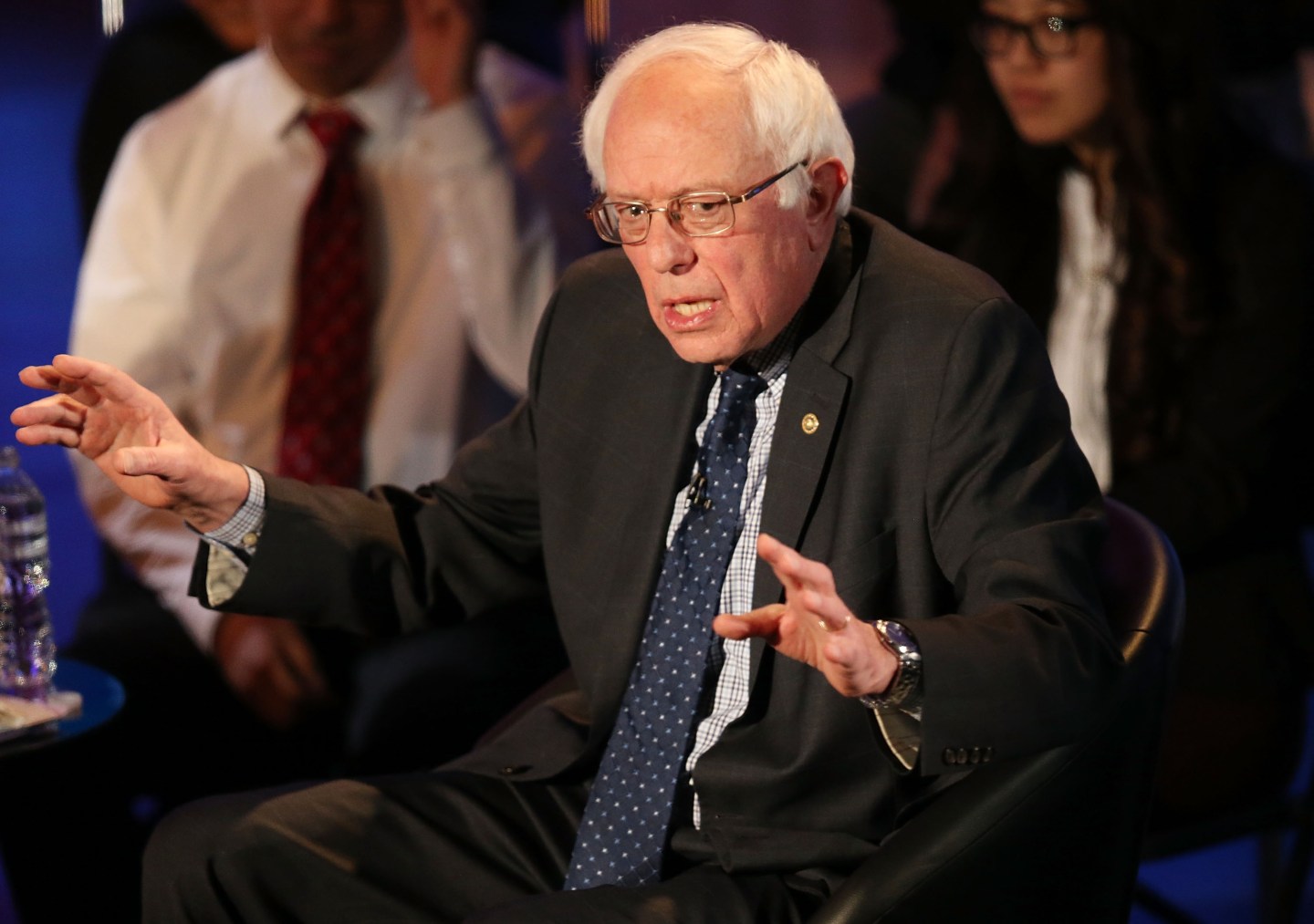 On paper, it’s Bernie Sanders’ moment. He has the edge in polls in Iowa and New Hampshire, an enormous war chest of small-dollar donations, huge energetic crowds and all the momentum heading into the beginning of the Democratic primary.

But beneath the surface, getting to the nomination remains an uphill climb for the Vermont Senator.

A self-described democratic socialist who has been on a 40-year mission against Wall Street greed, Sanders is the darling of white progressives and millenials. This helps a lot in states like Iowa (94 percent white) and New Hampshire (92 percent white). If those two states were representative of the country as a whole, Sanders would be on track to become president. The problem for Sanders is there are another 54 states and territories that also vote and—with the exception of Wyoming, Montana, the Dakotas and his home state of Vermont—they are a lot more diverse.

This time around, Clinton has more of the Obama coalition: most women, African Americans, well as some progressive whites and millenials. After Iowa and New Hampshire, the Democratic electorate is more than 40 percent minorities and Clinton is beating Sanders amongst non-whites 69 percent to 23 percent. “We’re fighting over whether Bernie will get 52% in Iowa,” says Joe Trippi, who managed Howard Dean’s 2004 presidential bid. “What does that tell you? It tells you that once you make the turn and only 54% of the party is similar to Iowa and New Hampshire, they’ll split that vote even. And then she’s beating him with the other 46 percent of the vote.”

Sanders was asked about this exact problem at the debate Sunday night in Charleston. His answer:

Leaving aside the troubling idea that African Americans and Latinos aren’t part of the “general population,” Sanders missed a giant opportunity in flubbing this question. He is a man who marched with Martin Luther King Jr., and supported civil rights when it was incredibly unpopular amongst white Democrats to do so. “Bernie on civil rights, there’s no question he has a great record,” says Donna Brazile, who managed Al Gore’s 2000 campaign and is currently the vice chair of the Democratic Party.“But you have to go out and tell people: I stood with you and I fought for you and he’s just beginning to do that.”

Sanders also has an image problem to address post-Iowa and New Hampshire: does he have the gravitas to actually be president—or at least have enough that people can imagine him as commander-in-chief? To that end, Sanders has in recent weeks finally been putting forth details on his plans on healthcare, education and other policy points aside from his favorite shtick, campaign finance reform—though the multi-trillion dollar proposals have been much mocked in the media as unrealistic given the likely continued Republican control of the House.

“The challenge for Bernie is that he set out to highlight an issue—the marginalization of working Americans by the wealthy and powerful—which is an essential challenge. He has moved the debate. But to take the next step, he would need a second act,” says David Axelrod, Obama’s former top political adviser. “The mantra of banks and billionaires is a clarion call, but to be more than a messenger, he needs a wider lens. Obama’s appeal began with his opposition to the war in Iraq but was much broader in scope.”

What African American voters did take away from that debate is that Clinton hearts Barack Obama—and she would represent a third Obama term. Clinton’s strong embrace of a somewhat unpopular president nationally helps her with one key demographic: African Americans. In the history of insurgent versus establishment Democratic presidential candidates—Jerry Brown vs. Bill Clinton, Dean vs. John Kerry, Bill Bradley vs. Al Gore—only one insurgent has won: Obama. That was almost entirely thanks to the African American vote. Which is why Clinton reminded debate viewers that Sanders actively sought progressives to challenge Obama to a primary battle in his 2012 reelect.

Of course, before he won Iowa, Obama was also losing the non-white vote—a point the Sanders camp often makes. They assert that Sanders’ movement will be unstoppable if he wins Iowa and New Hampshire. “Back in ‘08 if Barack Obama could prove he could win Iowa, he proved his electability,” Brazile says. Once non-white voters saw he was electable, could actually win, they flocked to him.

But Sanders is no Obama. “Obama did what he did because he was going to be first black president in history. I don’t know how Bernie does that,” Trippi says. “I see no signs yet that he’ll split open the non-white vote.”