Apple Is One of Only 5 Dow Stocks Up Today 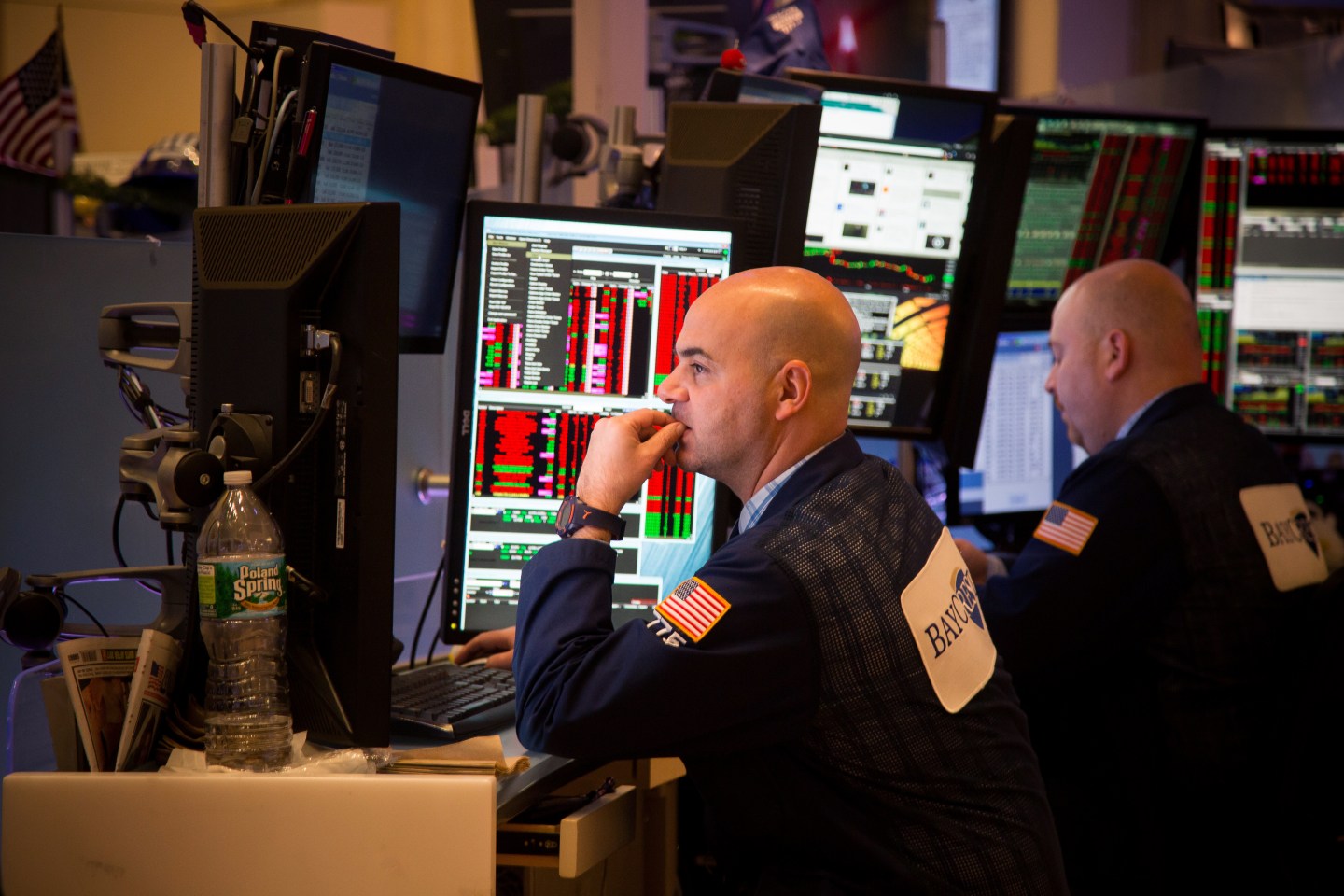 Traders work on the floor of the New York Stock Exchange (NYSE) in New York, U.S., on Wednesday, Jan. 20, 2016. U.S. stocks surged back to pare the biggest one-day selloff in five months, with the Dow Jones Industrial Average cutting a loss of 550 points by two-thirds as investors speculated the rout thats wiped more than $15 trillion from global equities has gone too far too fast. Photographer: Michael Nagle/Bloomberg via Getty Images
Bloomberg Bloomberg via Getty Images

Apple was one of the only stocks in the Dow Jones Industrial Average to rise on Wednesday, reversing its earlier declines in a late-afternoon comeback.

After falling by as much as 500 points during the day, the Dow rallied, closing down 249 points, or about 1.6%. The surge brought Apple (AAPL) shares narrowly back into the green, finishing up about a tenth of a percentage point.

Overall, though, most of the 30 companies in the DJIA declined: Just five stocks in the market index ended the day higher, as another oil price slide and investor pessimism sparked a sharp selloff. (For 2016 so far, all Dow stocks are down, reports Fortune’s Chris Matthews.)

Leading the day’s winners was UnitedHealth Group (UNH), which gained nearly 2% following its better-than-expected earnings report the day before which had pushed the shares higher.

Besides Apple, the other stocks that rose Wednesday included Nike (NKE), up slightly more than 1%, American Express (AXP), which rose 0.6%, and Microsoft (MSFT), up about half of a percentage point.

Earlier in the afternoon, shares of Pfizer (PFE) were also trading higher, but the stock sank before the market closed, changing places with Apple in the day’s top five. While Apple may have squeaked into positive territory this time, the stock is still in a bear market, having fallen 28% from its peak last April.