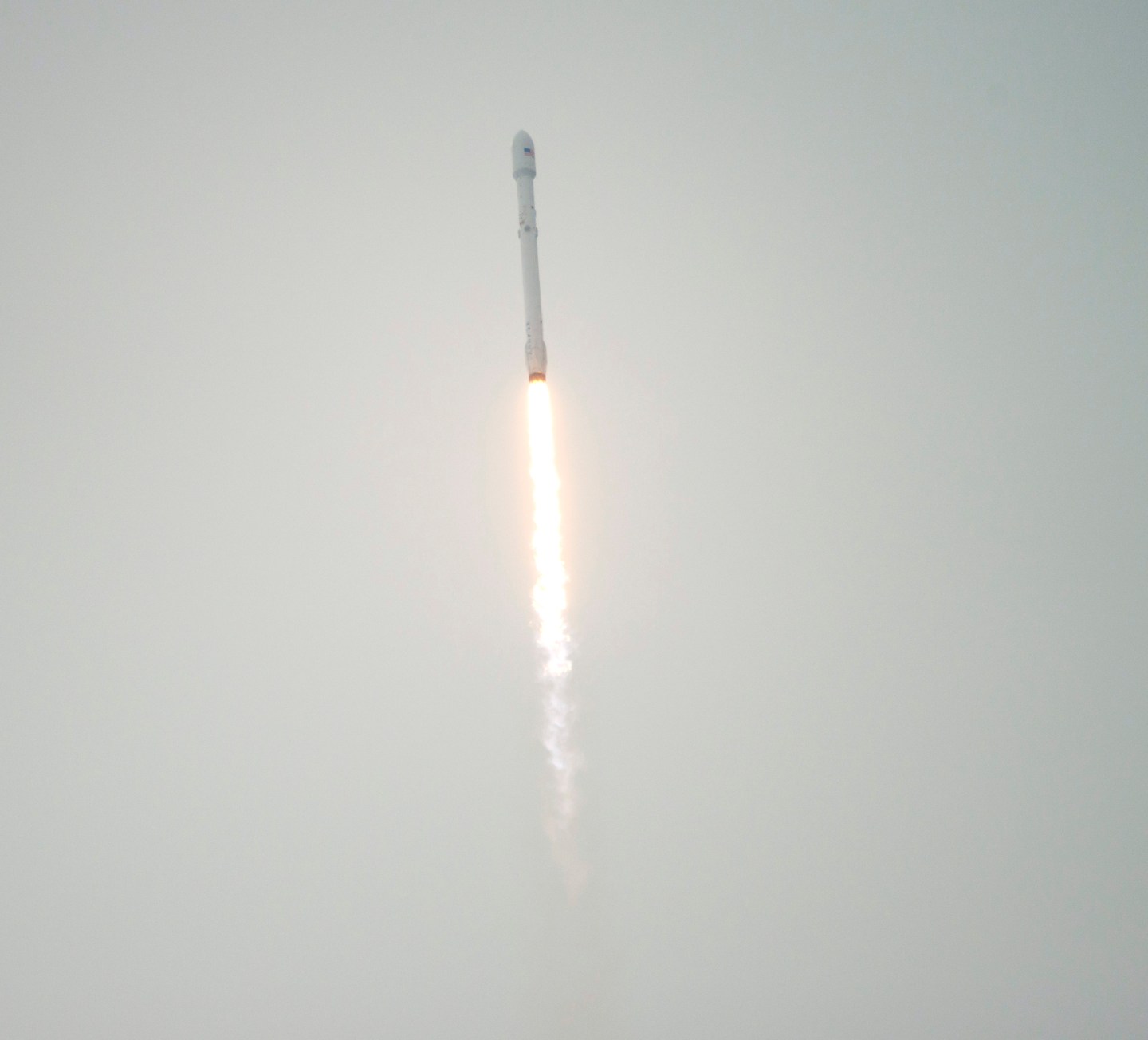 A SpaceX Falcon 9 rocket successfully placed an ocean-monitoring satellite into orbit on Sunday, but its attempted landing of the first rocket stage on a floating barge in the Pacific didn’t go quite to plan. While the rocket touched down on target, one of the rocket’s landing legs buckled, causing the rocket to tip over and ultimately explode.

Falcon lands on droneship, but the lockout collet doesn't latch on one the four legs, causing it to tip over post landing. Root cause may have been ice buildup due to condensation from heavy fog at liftoff.

While the ensuing fireball might suggest the landing attempt was a total failure, the second half of the above statement is far more important than the first. SpaceX founder and Tesla (TSLA) CEO Elon Musk has
compared landing a rocket on a floating barge to landing an airplane on an aircraft carrier, when the pilot must account not only for the motion of the aircraft but also the pitching and rolling of the aircraft carrier deck. In terms of hitting its mark—and doing so at the right speed and at the correct angle—SpaceX appears to have succeeded (for what it’s worth, swells of 10-13 feet were rolling through the landing zone where the barge was waiting).

The company has crashed two rockets previously while attempting to land on its autonomous landing barge, each time coming in at too steep an angle or at too high a speed. It then proved its rocket recovery capability by successfully completing a much easier landing on dry land at Cape Canaveral, Fla., last month. Its return to landing attempts at sea is part practical, part economics. In order to make landings feasible—and safe—for rockets moving at the kinds of velocities necessary to push satellites into higher and higher orbits, the company needs to perfect its at-sea landings, or at least move the bar upwards in terms of its rate of success.

Musk predicted that the company still has a number of what he charitably refers to as “rapid unscheduled disassemblies” in the future as SpaceX continues to redefine the art of the possible. But by next year, he believes his engineers will have the drone ship landings working within an acceptable margin.

That would make for a pretty serious leap forward in just two years time, as the first drone landing was attempted in January of last year. Musk has predicted that landing and reusing rockets’ first stages—where the bulk of the costly rocket engines are housed—rather than ditching them into the sea after a single use will reduce the cost of space access by at least an order of magnitude.

Landing the rocket was, however, a secondary mission. The deployment of NASA’s Jason-3 satellite will help NASA and the National Oceanic and Atmospheric Administration measure global ocean surface temperatures, which in turn will help both agencies better understand and predict major weather events like hurricanes and other major storms.