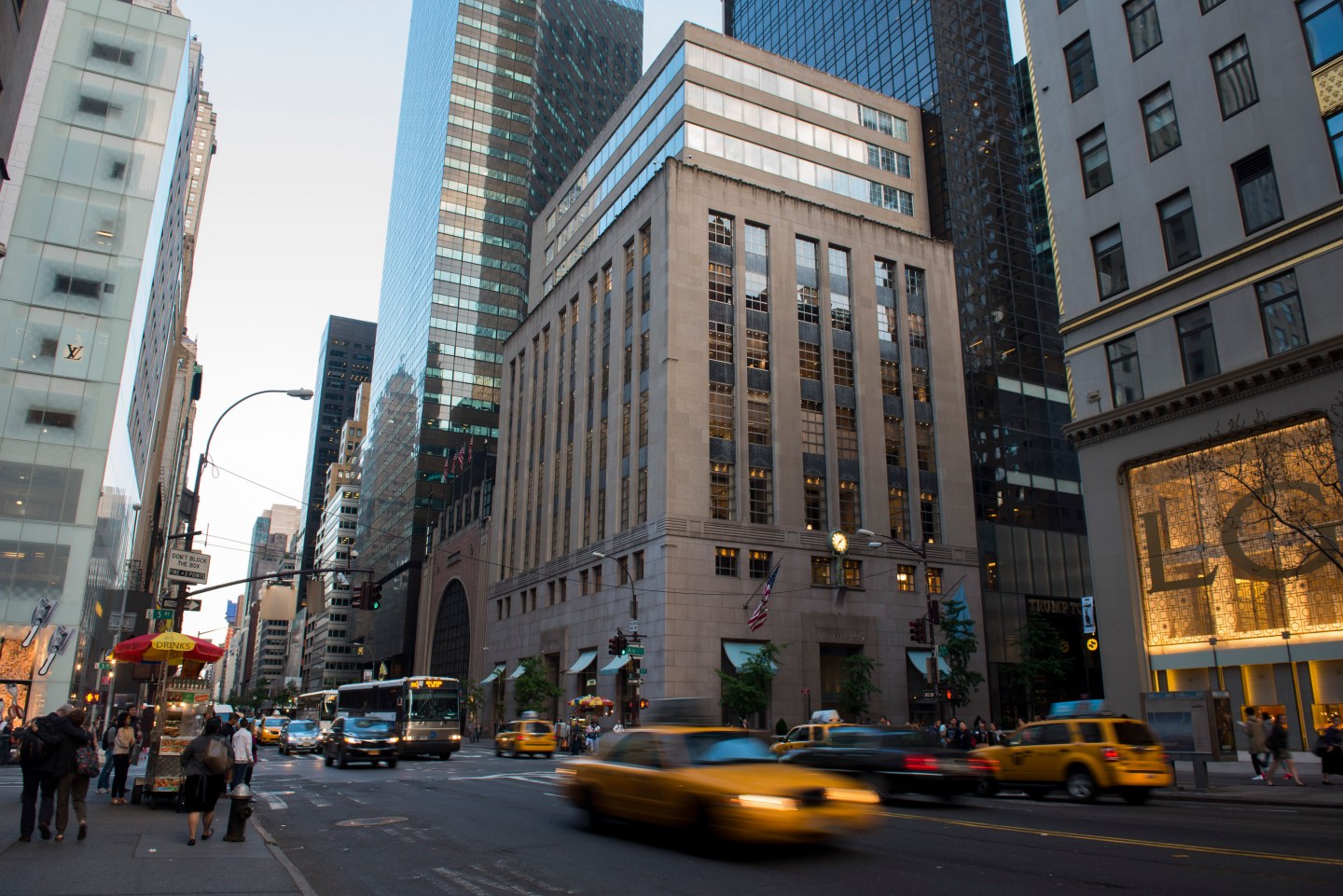 Tiffany & Co (TIF) had a disappointing holiday season, hurt by a strong U.S. dollar that curbed tourist spending at its American stores. And it said little relief is in sight for 2016.

In the Americas, comparable sales fell 8% in November and December, the busiest time of the year for the jeweler, and Tiffany blamed weak sales in much of the U.S., a problem made worse by lower foreign tourist spending in New York, home to its iconic flagship on Manhattan’s Fifth Avenue. That store alone generates about 8% of total company sales.

In the first nine months of the fiscal year, U.S. sales outside New York had held up, but it looks like Americans joined international visitors in pulling back.

The company, famed for its robin’s egg blue boxes, faced problems in a number of market, including France. Though Tiffany say why the French market was particularly soft within Europe, Jefferies analyst Randal Konik in a research note pegged it to the terror attacks in Paris in November.

There were bright spots. In Japan, where Tiffany gets about one-fifth of its business, comparable sales rose 10%. And continued growth in China, despite growing concerns about its economy, helped Tiffany reported big sales gains and mitigate sluggishness in Hong Kong and Singapore.

Worldwide net sales of $961 million were 6% lower than the prior year. And Tiffany said it now expects its profit for the fiscal year ending in two weeks to be down 10%, compared to its forecast of a decline of 5-10%.

“In the holiday period, we continued to feel pressure from the strong U.S. dollar on the translation of non-U.S. sales into dollars and on foreign tourist spending in the U.S., which we expect will continue into 2016,” Tiffany CEO Frédéric Cumenal said in a statement.