What Every CEO Will Worry About This Year 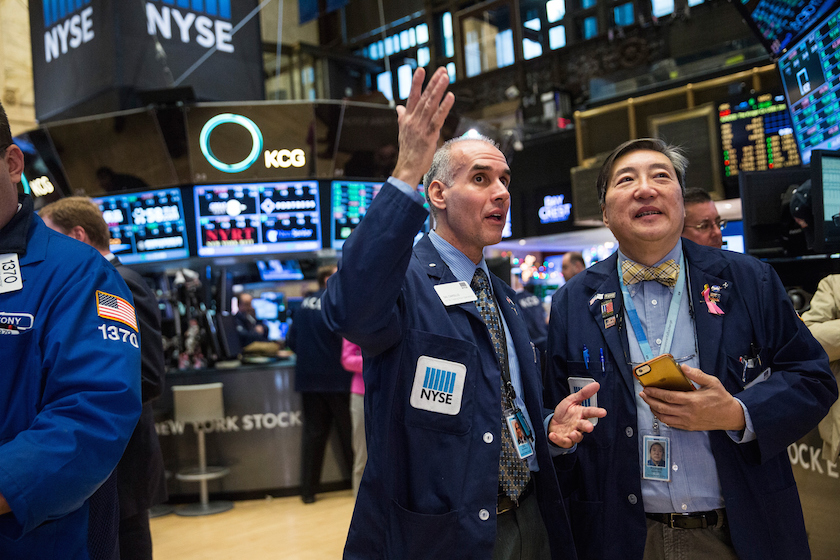 NEW YORK, NY - JANUARY 08: Traders work on the floor of the New York Stock Exchange during the morning of January 8, 2016 in New York City. U.S. markets have declined over the past week due to market losses in China. (Photo by Andrew Burton/Getty Images)
Photograph by Andrew Burton — Getty Images

When it comes to the global economy and their companies’ growth prospects, optimists are few and far between. Only 27% of CEOs believe global economic growth will improve in the next 12 months, with 23% convinced it will actually decline over that time, according to PwC’s 19th Annual Global CEO Survey released on Tuesday of 1,400 executives spanning 83 countries. Moreover, only 35% are very confident their companies’ revenues will grow this year – the lowest percentage since 2010. In addition, 66% surveyed said there are more threats to growth today than there were three years ago (compared with 59% last year).

And these were the responses in November – I suspect events over the last several weeks would produce an even more dour outlook today. Political turmoil, terrorism across the continents, China’s economic upheaval, this year’s stock market volatility, and various debt crises (to name just a few global issues) all confront CEOs. Indeed, CEOs are taking a healthy, realistic approach to the issues confronting their organizations rather than overly optimistic mindsets that would point them in the wrong direction.

Also, when we questioned what’s behind CEOs’ views on business growth over the next year, the top three concerns were overregulation (79%), geopolitical uncertainty (74%), and exchange rate volatility (73%). In other words, what CEOs want most is a stable, fair environment in which to compete – or at least to understand the rules under which they’re competing. They worry, however, that their actual environment is neither stable nor fair – when identifying concerns, the biggest percentage increases over last year’s findings were worries over social instability and bribery and corruption.

The survey also found that the biggest impacts on business strategies are customers and clients (90%), government and regulators (69%), and industry competitors and peers(66%). Take a look at those last two figures again – government and regulators are impacting corporate strategies more than competitors and peers. The reasons for that have much to do with global regulators regulating differently, creating a patchwork legal environment that is always in flux. More than half, 81% of CEOs, see the world moving to multiple rules and away from a single global system of law and liberties.

When you reflect on the existing regulations, the uncertainty over the interpretation and enforcement of proposed rules, and the need to be prepared for laws yet to be written, it’s easy to see the substantial compliance costs this global regulatory checkerboard imposes.

Increasingly, CEOs see a need for their organizations to be more purpose-driven, in a way that aligns with stakeholder values beyond financial returns. Put another way, 76% of CEOs agree that business success will be defined by more than just financial profit. As a result, they’re doing more to identify stakeholders’ broader expectations and to communicate corporate efforts to address them.

Customers, of course, are a key focus in these efforts. While 70% of CEOs said that seeking a traditional mix of costs, convenience, and functionality in their products or services best describes their customers, 27% believe that seeking relationships with organizations that address wider stakeholders better describes customers.

That’s a high number – one that CEOs see growing much higher. Forty-four percent of CEOs believe that, in five years, successful organizations will be described by customers seeking relationships with organizations that address wider needs. These include such issues as environmental sustainability, contributions to local communities, and workforce rights and wellbeing.

Coming into 2015, CEOs faced the need to disrupt without being disrupted. They faced a talent gap in an increasingly competitive global and mobile workforce. These challenges remain, but now they see a fragmented world fragmenting further. And, they face the task of meeting not just traditional needs of investors, customers, and employees, but a wider set of values-driven demands. Consequently, many CEOs plan on playing it safe while others may plan retreat and still others may be aggressive and bold. We’ll see what are the right choices. Time will tell, and I’ll check in over this next year to let you know which succeed.