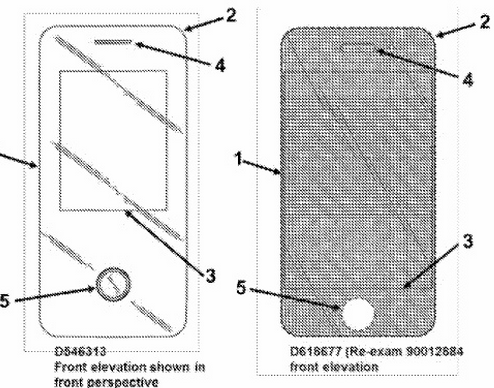 A trade group for Google, Microsoft, and other big tech firms wants the Supreme Court to reconsider a closely-watched Apple patent decision, claiming the ruling is”dangerous to the technology industry.”

The claim, filed on Friday by the Computer and Communications Industry Association, came in the form of a “friend-of-the-court” brief in support of Samsung, which in December asked the Supreme Court to review an appeals court’s decision to award $399 million to Apple (AAPL) over the infringement of an iPhone design.

The design dispute is just one twist in a bitter and long-running patent fight between Apple and Samsung that began in 2011. While Samsung recently paid out $548 million over “pinch-to-zoom” and design patents, it is still fighting that award on various of legal fronts, including at the Supreme Court.

For the broader tech industry, however, it is the design dispute over the iPhone that is top-of-mind because the lower court’s ruling stands to open the door to calamitous damages whenever a company is found to wrongfully copy the ornamental aspects of a product.

In the iPhone case, the issue turns on U.S. Patent D618677, which covers the outer design of the original iPhone. More specifically, Samsung says the appeals court made a mistake by finding the design patent entitled Apple to damages based on the entire value of the iPhone—instead of just the value associated with the protected design.

In support of Samsung, the CCIA filing argues that Apple’s design patent application did not claim the entire device. It cites design patent rules to say Apple instead used dotted lines to exclude most of the phone from the patent claim:

That is, the drawings claim only the front face of the device, and the rest of the device is shown in dotted lines, which indicate unclaimed subject matter

The CCIA filing also warns that, if the original decision is allowed to stand, its members (which also include Netflix, Amazon, and Facebook) could be faced with “potentially massive exposure to attack using design patents” by shell companies whose business model is to acquire patents and then launch lawsuits.

According to law professor Sarah Burstein, an authority on design patents at the University of Oklahoman, Samsung’s strategy is partly based on telling the Supreme Court that “design patents aren’t special” compared to regular utility patents. Utility patents cover a product’s function, rather than ornamentation, and the damages for them are based on the patent’s contribution to the product.

The Supreme Court will decide whether to hear Samsung’s appeal in the next several weeks. If it agrees to do so, Apple and Samsung would likely argue the case in the late spring or in the fall.