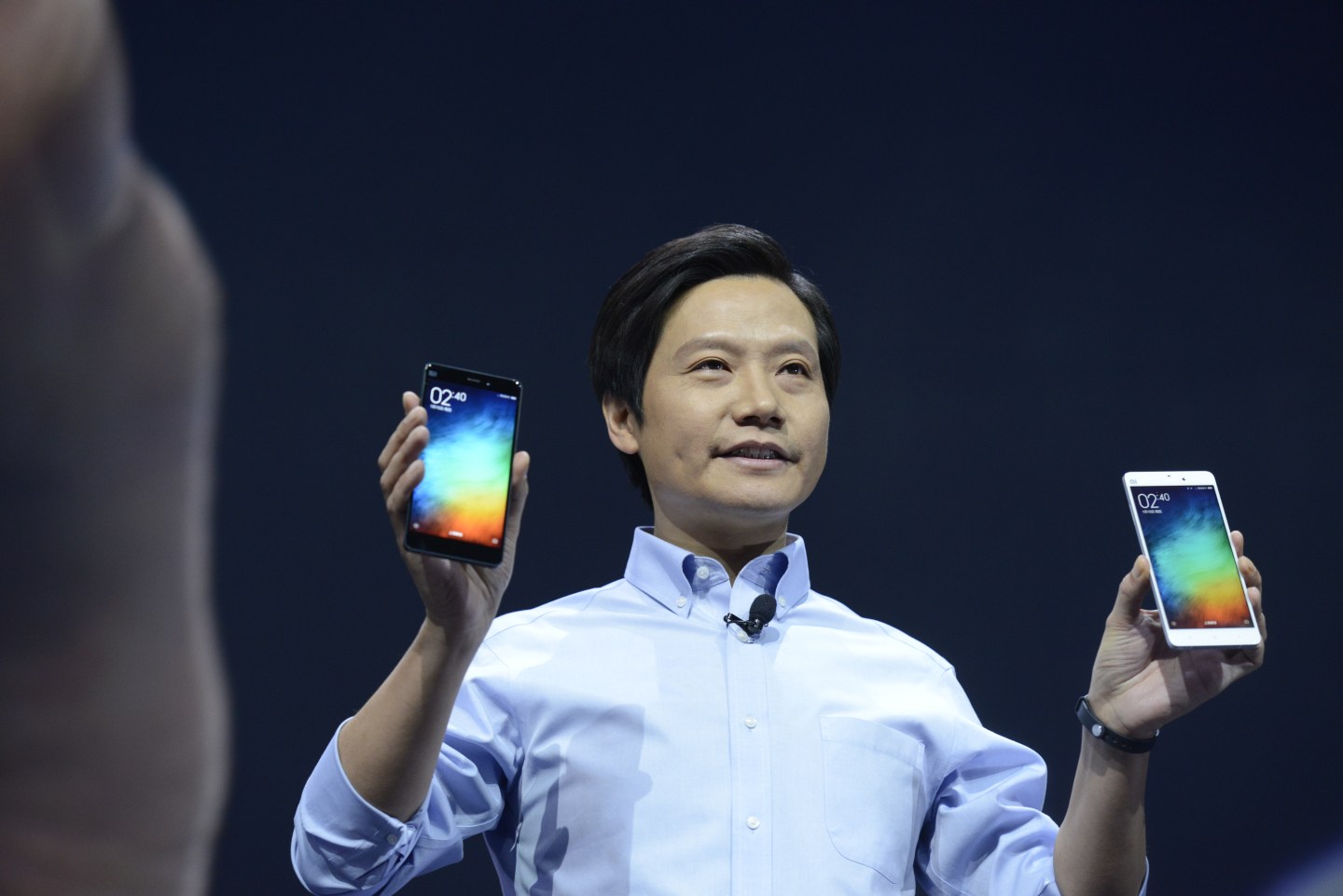 Xiaomi said it sold more than 70 million smartphones in 2015.

Were the Beijing startup without a $45 billion valuation and a founder who says the plan is to become the world’s biggest smartphone company, this would be reason for celebration. Only three other smartphone maker ship more phones.

Instead, the figure falls short of founder Lei Jun’s goal of selling at least 80 million and leaves Xiaomi in the shadow of China’s Huawei, which said it sold more than 100 million smartphones globally in 2015. Huawei did so in part by copying Xiaomi’s online-only selling model for one of its brands in China.

Lei Jun has said his company would book $1 billion in Internet services revenue this year. There was no comment from Xiaomi on the goal, but it appears they missed it. The company is trying to pivot from a smartphone company to something closer resembling Apple with its revenue stream from online services. Xiaomi runs apps, games, payment, a cloud service, and an app connecting the household devices Xiaomi’s partners sell—everything from air filters to routers and Segway-like devices. Every one of those categories is highly competitive in China’s market, but there is still hope Xiaomi can move beyond just phones. Counterpoint’s Neil Shah estimates Xiaomi’s services sales have grown to more than twice their 2014 level of around $300 million.

Still, the once upbeat narrative surrounding Xiaomi has changed considerably.

Exactly a year ago, Xiaomi released a flagship phone it considered to be an iPhone 6 killer. Headlines in the press—“Xiaomi has stopped copying Apple, and now it’s firing back,” said Business Insider—supported the claim (for more on Xiaomi’s ambitions, watch the video below).

But Apple’s dominance never wavered in China. In the most recent quarter there, iPhone sales soared 120% and overall sales increased by 99% to $12.5 billion.