Porsche Thinks It Can Do Electric Cars Better Than Tesla 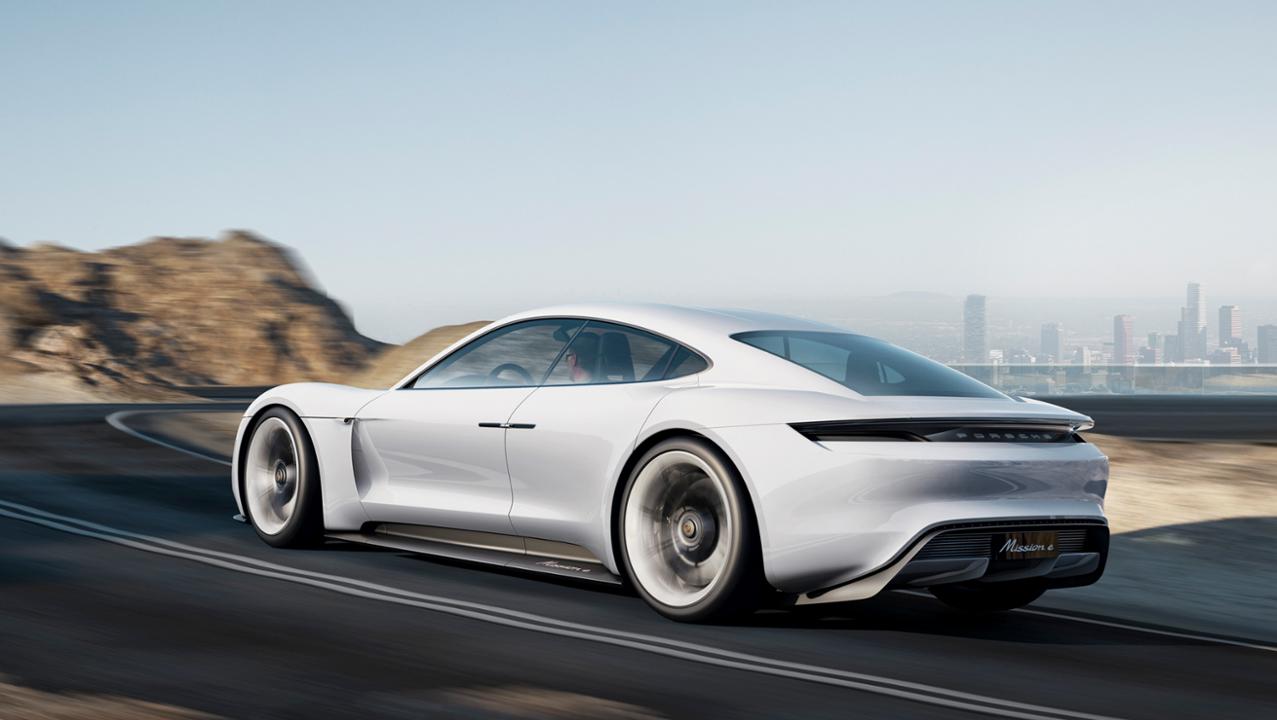 Porsche unveiled its new 911 Turbo and 911 Turbo S models at this week’s Detroit auto show. The car, a mid-cycle refresh, is just what enthusiasts have come to expect from the German performance-car company’s latest—faster, better, stronger. But the luxury auto maker has some big changes afoot, including more plug-in hybrids, the first all-electric Porsche and the fate of its diesel Cayenne.

After the press conference was over, Fortune sat down with Porsche North America’s brand-new president and CEO Klaus Zellmer. (He was promoted to the role last fall as part of an executive shuffle, due to the ongoing diesel debacle at Porsche’s parent company, Volkswagen Group (VLKPF).) In the interview, Zellmer spoke in detail — about the diesel situation, alternative technologies and Mission E, the company’s Tesla-fighting four-door EV that the Porsche board approved for production last month.

Fortune: What have you learned so far in your brief tenure as head of Porsche North America?

Klaus Zellmer: I’ve been with Porsche for 19 years now, and before this, I was responsible for overseas and emerging markets, so I’ve seen a wide range of customers and the fascination level that the Porsche brand holds. And if I look specifically at the U.S., that level of fascination is certainly the highest here; it’s really amazing. More even than in Germany! Although being German, I can say that Germans by nature are technical and not so emotional.

What is your focus for Porsche North America?
KZ: Make investments in our dealers and also in things like our LA Porsche Experience Center [a 52-acre customer experience center slated to open in November]. That facility gives us the chance to host about 50,000 people on the West Coast each year, and we’ve got about 30,000 on the other side of the country in Atlanta to experience the cars. Because in order to understand a Porsche you have to drive it to the limit, or beyond the limit and know what to do. From my office [in Atlanta], I look down on the racetrack and see customers excited to feel embraced by this brand.

You’ve said you’re trying to strike a balance between making Porsche a brand that is accessible—but also still exclusive. Can you explain?

KZ: If you are only socially acceptable, you are not exclusive anymore—you are nothing special because everybody can have you. But you must also never exclude people just because they can’t afford a car. That’s when you get the wrong finger sign [held up] when you drive by! We only want want the thumbs-up.

The other balance we have to strike is between tradition and innovation. And as much as we love our tradition, you have to show people that this brand has a future and that it’s on eye level or above with offerings from other car manufacturers.

Porsche has a history of pushing that line. But are you ready for how Porsche lovers will react to an all-electric Porsche?

KZ: I love this subject because we’ve had this situation for as long as Porsche has existed. When I started at Porsche, I was the personal assistant to the executive vice president of sales and marketing. For the first four weeks, I had to answer letters from people saying, ‘You have lost it because you changed [engines] from air-cooled to water-cooled.’ It was ’96-’97. I thought what’s wrong with these people? It’s a great car! But they were so in love with the old car. Changing something always causes uncertainty.

Now, striking the right balance is about sustainability—sustainability to drive your business into the future. Now when we talk about the all-electric Mission E , people are saying, ‘But how can you build a Porsche without sound?’ This is where we can innovate unlike other manufacturers and where we will find ways to differentiate.

Porsche sold 3,333 diesel Cayennes last year—the only Porsche diesel that was available in America. Where do things stand now with diesel?

KZ: At the moment we don’t sell them—we have a voluntary sales stop. So first of all, we have to get the right fix in place with the [EPA] authorities. And we are working to make it as seamless as possible for our customers. [Reuters reported that Porsche expects to win approval from the EPA by the end of January.]

When I talk to our diesel customers, and I’ve spoken to many, actually their biggest fear is that we are going to remove the car from the US market. Why? Because they love it—the range, the torque, the power. So we have to wait and see what happens with us fixing that problem and then see what to do with that segment. I personally think we’ll have enough people in this country asking for diesel technology.

What about plug-ins and EVs? How important are they to your strategy?
KZ: The Mission E is something you come up with if you look at your strategy ten years from now—what exactly do we need to be a sustainable company? And I think the way to actually bridge between today and Mission E is plug-in hybrids. We were the first company to offer a plug-in hybrid in three model lines—Cayenne, Panamera and 918 Spyder.

You have to understand exactly what plug-in hybrids can do. They are an ideal combination of an electric engine and a combustion engine. So there’s a lot of potential in that technology. If you look at the forecasts of when electric driving will replace combustion driving—the tipping point—you are looking at 2027-2028. That is not too far away. Then again that will not be all purely electric. Half still will be plug-ins and half pure EV.

Will you produce the much-discussed “baby Panamera/entry-level sedan?

KZ: We are not commenting on that, but I can tell you that I get more excited by the fact that the Mission E will be available by the end of the decade. If you look at the investment for that car, it’s nearly $1 billion and we have to employ another 1,000 people at our factory in Zuffenhausen just for that car.

We look at what Elon Musk has done with Tesla, and we have great respect for the company. Can we do it as well or better? We’re taking up the challenge. I think we can.