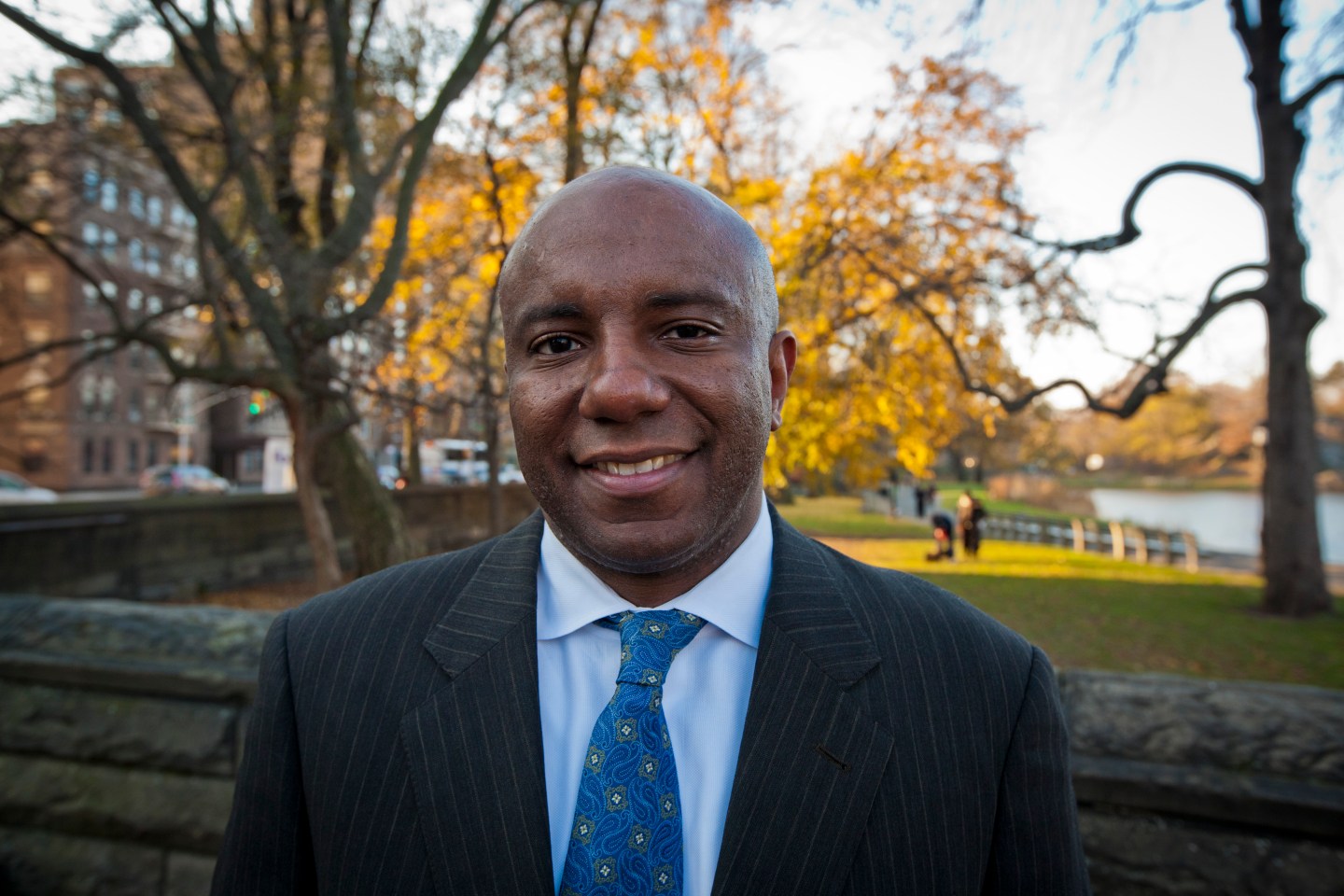 In the summer of 2010, Tarrus Richardson was fired from ICV Partners, the New York-based private equity firm he had co-founded 12 years earlier. Last October, that termination quietly resulted in a $15 million payout for Richardson.

But the money didn’t come from his former employer, which had previously settled via arbitration. It came from the State of New York, whose public pension officials had improperly caused him to lose his job in the first place.

Richardson was a rarity in private equity—a successful African-American living in Harlem who was intent on plotting his own path rather than trying to rise within an established firm. The Purdue graduate had begun his financial career at Solomon Brothers before he helped launch an investment bank in Ghana. He went to Harvard Business School and then joined private equity firm JLL Partners as an associate. Two years later, he teamed up with an old friend named Willie Woods to form ICV Partners, which invested in a wide range of companies whose revenue ranged from $20 million to $150 million. Also helping to launch the firm was another private equity group (American Securities) and the Initiative for a Competitive Inner City, a nonprofit organization founded by Harvard Business School professor Michael Porter.

ICV would raise around $443 million for its first two funds. Among its investors was the New York State Common Retirement Fund, the nation’s third-largest pension fund, with over $184 billion in assets through last March.

While Richardson was investing on behalf of ICV, he was also actively seeking to improve the fortunes of other minority and women-owned businesses. In 2006, he co-founded and served as chairman of the influential Council of Urban Professionals (CUP), whose mission is to “seek racial, ethnic, and gender parity in the highest business and civic leadership positions in the U.S.” Willie Woods was also a founding member of CUP.

[Most of what follows comes from court records.]

In late 2009, New York State Governor David Paterson asked CUP to support legislation designed to increase the use of minority and women-owned businesses in state contracting. Richardson jumped at the chance, helping to fundraise and organize the initiative. ICV Partners was among dozens of businesses and trade associations that signed on to the effort.

The actual legislation was comprised of four bills, introduced in the spring of 2010, which included one that would apply the contracting targets to all of New York’s state pension funds. Two pieces of this proposal were actively opposed by The New York State Common Retirement Fund (CRF), which was (and still is) led by state Comptroller Thomas DiNapoli. One was a 15% target (albeit not a required quota) for pension investment contracts to go to minority and women-owned businesses, and the other was that investment managers based within New York would receive preferential treatment. From DiNapoli’s perspective, both amounted to a breach of fiduciary duty to pensioners.

At around the same time, ICV had begun to talk with CRF and other prospective investors about one of its new funds. According to court records, its first two funds had net performance (i.e., after fees) of around 15%, which was solid though not spectacular. But for an existing relationship, probably enough to secure new investment contracts.

For Richardson, however, everything began to unravel after a chance hallway encounter during a conference held at the Westin hotel in Times Square. There, he ran into Tyson Pratcher, a onetime advisor to Sen. Hillary Clinton who was now leading CRF’s emerging managers program. The two men differ on the tone and specifics of the conversation, but both acknowledge that they discussed the two provisions in question. In short, Richardson supported the provisions and didn’t seem inclined to push the bill’s sponsors to make any changes. Pratcher—also an African-American—argued his employer’s side.

That same night, Richardson had a brief conversation with Raudline Etienne, chief investment officer of CRF, as both were attending a gala at the American Museum of Natural History. At issue again was the legislation and, again, the two have very different recollections of the tone of the discussion. Richardson thought he was quiet and respectful, while Etienne felt Richardson was overly aggressive. The two spoke again over the weekend via phone.

On June 17, an outside pension fund advisor recommended that CRF commit to investing in the new ICV fund. That same night, Pratcher put the recommendation on hold. Two weeks later, the bill’s sponsors removed the two offending provisions, and the legislation was soon signed into law by Gov. Paterson with both Richardson and Etienne standing nearby.

What Richardson didn’t know during the signing ceremony, however, was that Pratcher had already reached out to another ICV investor to complain about his hallway interaction, adding that it caused him to question Richardson’s “integrity and his judgment.” That investor called up Willie Woods, who requested a meeting with Pratcher. During their sit-down, Pratcher asked, “How’s [Richardson] doing his job and doing all this legislation? How’s he effective at the firm?”

Soon Woods was meeting with Etienne, who also complained about Richardson and questioned how he could adequately fulfill his responsibilities to ICV while being involved in so many “lobbying efforts.”

(It is worth emphasizing here that plenty of private equity professionals are heavily involved with political and philanthropic endeavors.)

Neither Pratcher nor Etienne told Woods to fire Richardson, who was an at-will employee of ICV despite owning a 28% stake in its management company. Nor did they explicitly say that CRF would not invest in ICV’s new fund if Richardson stuck around, although Pratcher did tell Woods that “it’s going to be tough for us to do business with somebody who has somebody like Tarrus on his team”

Woods felt the implication was clear and gave Richardson two choices: (1) Resign from CUP and only participate in ICV-approved civic and charitable activities; or (2) Resign from ICV.

Richardson chose neither, and he was terminated.

Richardson would later receive $4.7 million from ICV via legal arbitration, and in November 2012 he filed suit against Pratcher and Etienne for, among other things, deprivation of his First Amendment rights. The complaint was covered by The New York Times but didn’t receive any subsequent media attention.

Pratcher and Etienne lost most of their pre-trial motions and, last May, a New York district court jury found for Richardson under federal law (some of his state claims had been tossed) and awarded him around $10.9 million against Pratcher and around $7.2 million against Etienne.

A spokesman for the NY Comptroller’s office says that the cash came from a taxpayer-supported “public officers fund,” as state employees are entitled to indemnification if the Attorney General and their direct employer believes they were acting within the scope of their employment and with no intentional wrongdoing.

“The State Comptroller’s office was not a party to this lawsuit, but we believe these employees were doing their job and did not intend to harm the defendant,” the spokesman said.

Today, Pratcher remains in his position in the New York State Comptroller’s Office, which does not believe he did anything wrong.

Etienne left CRF in 2011 and currently serves as a senior advisor to consulting firm Albright Stonebridge Group (which was co-founded by former Secretary of State Madeleine Albright). Her departure is said to have been unrelated to the lawsuit.

Richardson is now CEO of IMB Development Corp., which provides companies and government agencies with investment and other advisory services focused on doing businesses with minority and women-owned businesses.

None of the three returned requests for comment, but Richardson’s attorney did send over the following statement: