There’s An App to Help Migrants Integrate into German Society 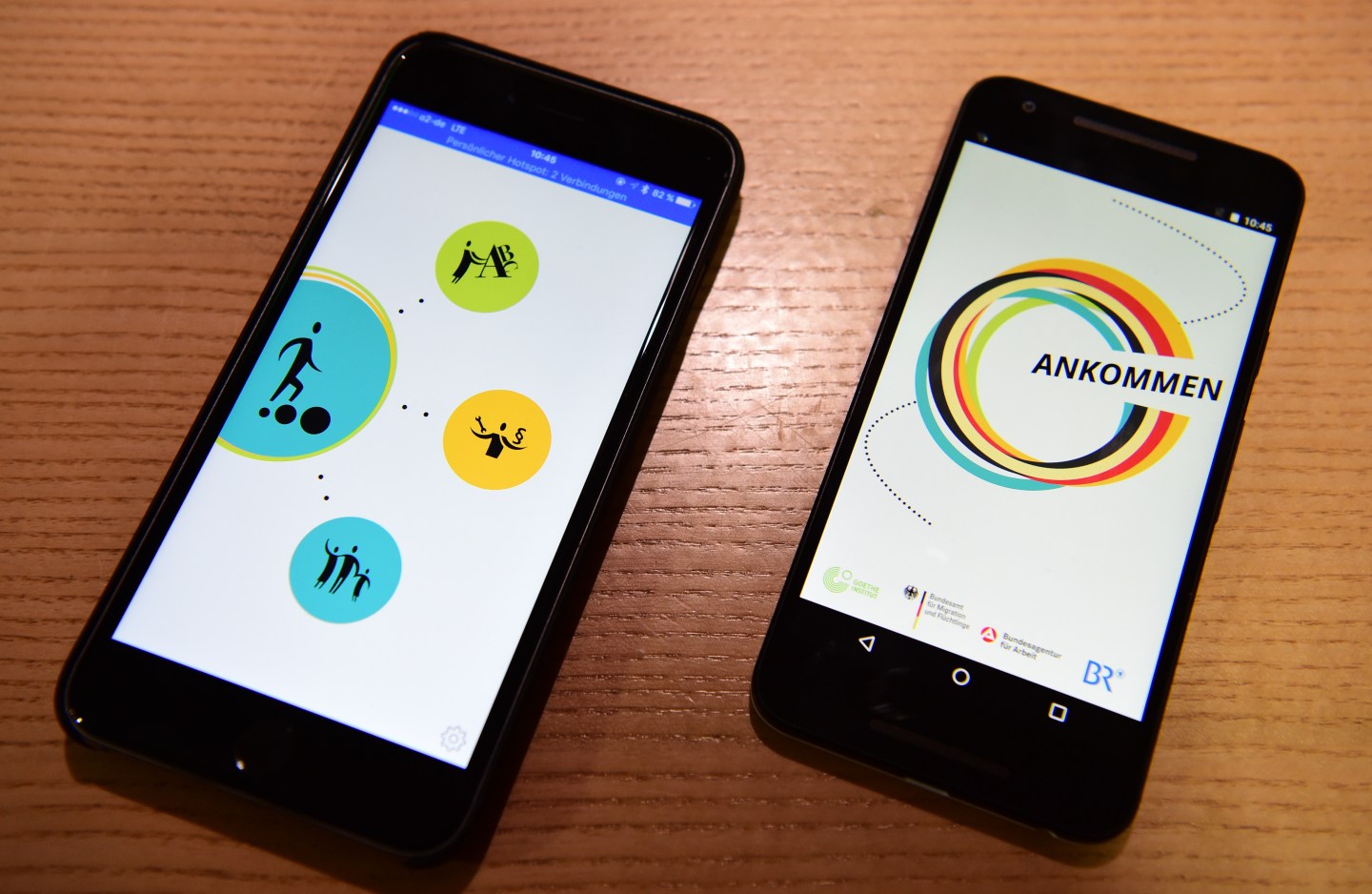 This picture taken on January 13, 2015 during a press conference in Berlin shows smart phones and tablets displaying an app called 'Arrival' (Ankommen in German) specially designed for asylum seekers in Germany. This application is a project conducted by German Office for Migration and Refugees (BAMF). / AFP / John MACDOUGALL (Photo credit should read JOHN MACDOUGALL/AFP/Getty Images)
Photograph by John Macdougall—AFP/Getty Images

Hundreds of thousands of migrants have flooded into Germany since September, putting the European nation’s ability to integrate migrants to the ultimate test.

Turns out, there’s an app for that.

A new app, called Ankommen (“Arrive”), has been developed by the German government to help migrants adjust to their adopted country. The app bills itself as “your guide to your first weeks in Germany.”

Using the app, migrants can access German language lessons as well as basic tutorials in how to navigate the asylum process, get a job, and understand freedom of religion laws. After hundreds of women said they were sexually assaulted en masse (largely by men who appeared to be of Arab or North African background) on New Year’s Eve in Cologne, Germany, the app developers also introduced a tutorial on gender equality.

The free app launched this week in five languages: German, English, Arabic, Farsi, and French, according to Quartz. Smartphones have been a lifeline for many refugees fleeing violence in the Middle East, who use their phones to navigate their way to Europe, keep in touch with their families, and send urgent SOS calls. As Time reported, a smartphone is the only thing some migrants carry on their journeys north.

The Goethe Institute, the Federal Office for Migration and Refugees, the Federal Employment Agency, and public service radio state Bayerischer Rundfunk cooperated to develop the app.

In the wake of the attacks in Cologne, many Germans have turned against Chancellor Angela Merkel’s liberal policies that have welcomed so many refugees into the country. Merkel responded by proposing laws that would deny asylum rights to those who have committed crimes.