Where the Money From the $1.5 billion Powerball Lottery Goes 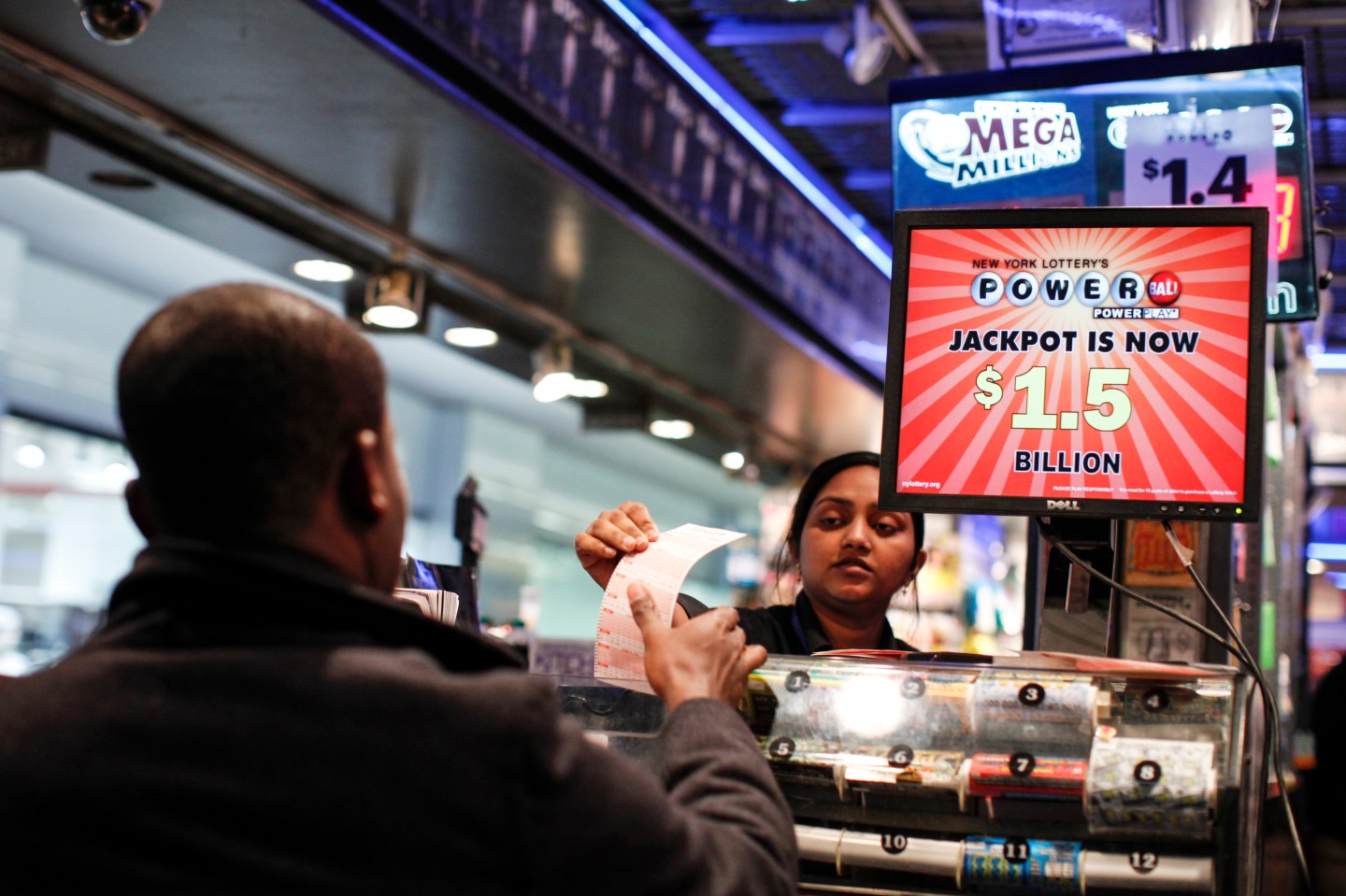 On Wednesday at 10:59 p.m. EST, Powerball will draw the numbers that will likely deliver the largest lotto jackpot payout in American history. You probably won’t win. The chances of that are 1 in 292 million for each ticket you buy.

The lottery system essentially functions as a tax, and a regressive one at that. Indeed, several studies show that, in general, the bulk of lottery tickets are bought by lower-income Americans. But advocates have long sold the lottery as a boon for government programs because of the funding it generates, particularly for education. But if history is any guide, even this big jackpot will provide less of a boost to education than what you might assume. What’s more, even when money flows from the lottery to the education system, it doesn’t appear to boost what is spent on schooling in the long run.

So, how much money from the Powerball lotto actually goes to education? Roughly, 29% of every $2 ticket sold, according to an analysis of how the 10 states that receive the biggest portion of the revenue from Powerball allocate their lotto revenue. As of Tuesday night, that meant that roughly $595 million of the Powerball sales will go to state education spending. (The amount is still rising.)

Here’s how it will work for the current Powerball drawing, if there is a winner: As of Tuesday afternoon, the drawing had generated $2.265 billion in ticket sales, according to the Texas Lottery Commission, which is currently administering Powerball—a multi-state lottery in which 44 states participate. The largest portion of the money doesn’t go to education, or any other government program. It goes to the winners. That’s 50%, or roughly, at this point, $1.13 billion. (You may have heard the jackpot has reached $1.5 billion, but that is only if you take the 30-year annuity payout.) The retailers sold the tickets get 5% as commission, or just over $113 million. Another 5% goes back to state lottery administration. The rest, just over $900 million, goes to state governments, which gets allocated to each state based on their percentage of ticket sales, for government spending.

Each state decides how to spend its lottery revenue. And education is by far the most commonly chosen recipient of these funds. In many of the states that get the largest portion of funds from lotteries, like New York and California, nearly all of the money goes to education.

But not all states choose to spend their money on education. Pennsylvania, for instance, which generated $1.3 billion in state funding from lotteries last year, spends over $900 million of its funds on programs for the elderly. It’s the only state to do that.

Wisconsin spends 99% of its lotto revenue to lower state property taxes. In other words, it’s imposing one tax to lower another, and handing out a big portion of what it collects along the way.

Minnesota, meanwhile, puts about quarter of the money it receives into an environmental and natural resources fund. And in many other states, the money generated by the state lottery flows back into their general budgets. It’s not clear how that money is spent.

But even the $595 million generated for education may not actually boost total school spending much. Patrick Pierce, a political science professor at St. Mary College, has studied lotteries and how states spend the revenue lotteries generate. He found that education spending does jump in the first year after a state adopts a lottery system. But after that, the pace of education spending tends to slow. By the eighth year, education spending is actually lower than it likely would have been if the lotto had not been adopted. Pierce says the money that would have gone to school spending is diverted elsewhere or used for voter-friendly tax cuts.

New York, which spends the most per pupil of any state, tends to generate the most of any state from the lottery, nearly $3.2 billion in 2013, according to the North American Association of State and Provincial Lotteries. After that, though, there doesn’t seem to be much of a correlation between lotto revenue and education spending. Florida, which generated the second largest amount in revenue from lotteries in 2013, doesn’t rank among the top 10 spenders on education per pupil. Alaska, which ranks second on education spending, doesn’t even have a lottery.