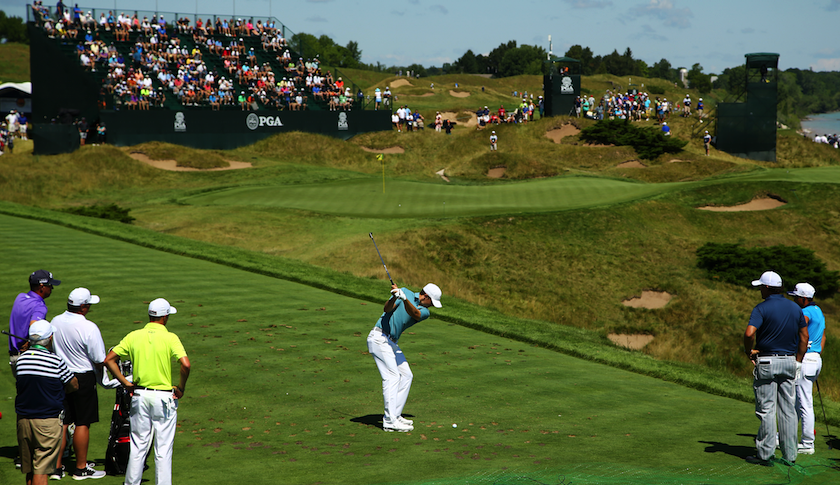 Jordan Spieth has quickly become a forced to be reckoned with on the golf course. Now, he’s becoming one of sport’s top earners off the course too.

Spieth, who won five PGA golf tournaments of 2015 — including the Masters, the U.S. Open and the Tour Championship — has just signed a multiyear deal with Coca-Cola (KO).

“Spieth will be featured in a steady stream of initiatives throughout the PGA Tour season,” according to a Coca-Cola press release. “As an Olympic hopeful, he also will become a member of Coca-Cola’s 6-Pack of Olympians and Paralympians during the run up to the Rio 2016 Olympic Games, as golf returns to Olympic competition for the first time since 1904.”

Neither Coca-Cola nor Spieth’s agent would confirm terms of the contract, although they told ESPN that it was one of the largest-ever signed with an athlete.

“Coca-Cola has always been associated with iconic sporting events and some of the world’s greatest athletes, so this is an incredibly cool opportunity for me,” Spieth said in a statement. “As a brand ambassador, I look forward to growing awareness for the sport of golf globally and engaging with fans in exciting new ways.”

“There is no question Jordan is a generational talent, even as his professional career is just getting started,” said Stuart Kronauge, senior vice president of brand marketing for Coca-Cola, in a statement. “As a company, what we admire most about Jordan is the way he has embraced being a role model. His actions, values and character both on and off the course make him an ideal Coca-Cola brand ambassador.”