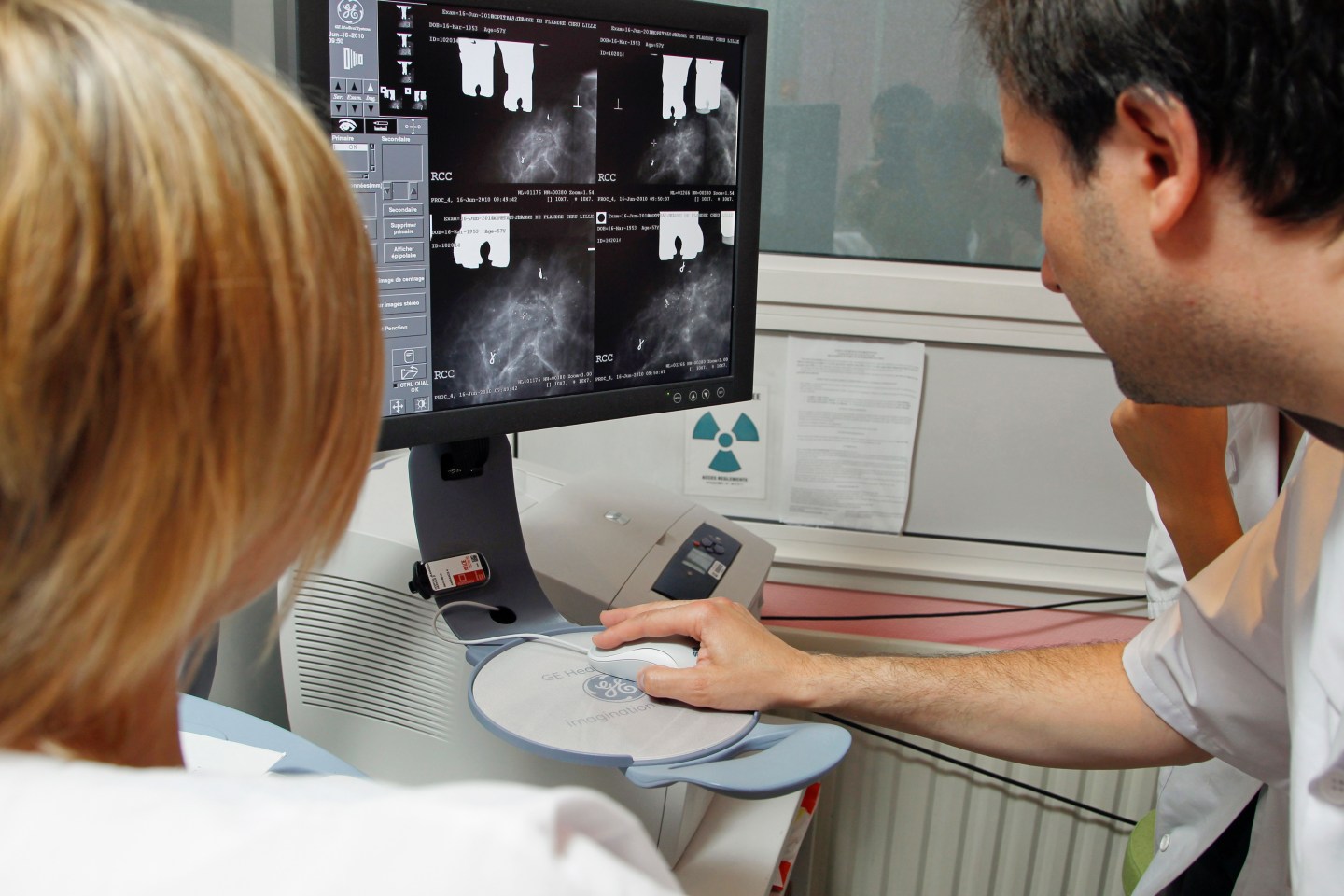 At what age should women start getting mammograms? The question seems straightforward enough, and yet the answer is stirring up serious controversy in the medical community.

On Monday afternoon, the U.S. Preventive Services Task Force, an independent group of national health experts that receives support from the U.S. Department of Health and Human Services, released an updated set of breast cancer screening guidelines that recommend that average-risk women between the ages of 50 and 74 get mammograms every other year.

In a statement accompanying the guidelines, the Task Force explains the rationale for starting to screen for cancer later in life:

The harms resulting from screening for breast cancer include psychological harms, unnecessary imaging tests and biopsies in women without cancer, and inconvenience due to false-positive screening results…Although false-positive test results, overdiagnosis, and unnecessary earlier treatment are problems for all age groups, false-positive results are more common for women aged 40 to 49 years…

The latest Task Force recommendations are a reaffirmation of those issued in 2009, which were a departure from the group’s 2002 recommendation that women start getting checked every year once they hit 40.

The latest Task Force findings were “greeted with a lot of consternation and controversy,” says Dr. D. David Dershaw, who founded the Breast Imaging Service at the Memorial Sloan Kettering Cancer Center and was its director for 20 years. Dershaw strongly disagrees with the group’s recommendations, maintaining that women should start screening for breast cancer at 40. “Everybody agrees that mammography works to save lives starting at age 40,” he says.

The Task Force recommends “risk-based screening” for women under 50, meaning that younger women ought to decide for themselves—based on risk factors like family history and dense breast tissue—whether or not to get tested.

While this seems like a logical approach, a 2014 research study conducted at the University of California, San Francisco found that most women in their 40s who developed breast cancer would not have been considered at risk.

Study co-author Dr. Bonnie N. Joe, associate professor in residence and chief of women’s imaging at UCSF, explained the ramifications of the study in a statement: “Our results show that by exclusively using a risk-based approach to screening mammography, we could potentially miss more than 75% of breast cancers in women in their 40s, thereby eliminating most of the survival benefit from screening mammography.”

Dr. Therese Bevers, the medical director of the Cancer Prevention Center and prevention outreach programs at the University of Texas MD Anderson Cancer Center, also strongly recommends that women start getting tested at age 40. While the Task Force concerns about psychological harm, false-positives, and over-diagnosis are valid, she believes that the government group is giving them too much weight.

It’s true that breast cancer screening is a stressful time for women, says Beavers, but even when it comes to “false-positives,” women are often grateful after the experience to know that a doctor has done a thorough assessment.

Over-diagnosis is not the real concern, she says. Rather, Bevers believes that the real issue is overtreatment, which will not be solved by reducing screening. “We haven’t gotten to the point where we’re identifying the cancers that need treatment versus those that do not,” she explains. Postponing screenings makes it more likely that doctors will catch the cancer at a later stage, when a woman is “more likely to get chemo, more likely to get a recurrence and more likely to die from the disease.”

And the Task Force guidelines could do more than just confuse women, says Dershaw. The agency’s relationship with the Department of Health and Human Services means it has the ear of Congress. Historically, the Task Force recommendations of have affected which tests Congress decides must be eligible for insurance reimbursement, he explains. This includes the government-run Medicaid program.

As in 2009, breast cancer screening for women under 50 has been assigned a “C”, a grade which traditionally means insurers can choose not to cover the test. However, according to the Washington Post, in anticipation of the release of these guidelines, Congress took preemptive action and directed insurers to rely on the 2002 recommendation.

“There are many similarities between the guidelines put forth by other organizations and the Task Force’s final recommendations, including the value of mammography screening for women in their 40s,” wrote Task Force vice chair Dr. Kirsten Bibbibs-Domingo in an e-mail to Fortune. “Recognizing that there are modest differences, the Task Force is hopeful that its recommendations and the guidelines put forth by others will facilitate dialogue between women and their clinicians, and lead to additional research.”

Not surprisingly, these differing recommendations can be very confusing for women who are trying to make the right choices about their health. And the cost of this disagreement and uncertainty could not be higher: In 2013 alone, 4,780 women under 50 died from breast cancer.