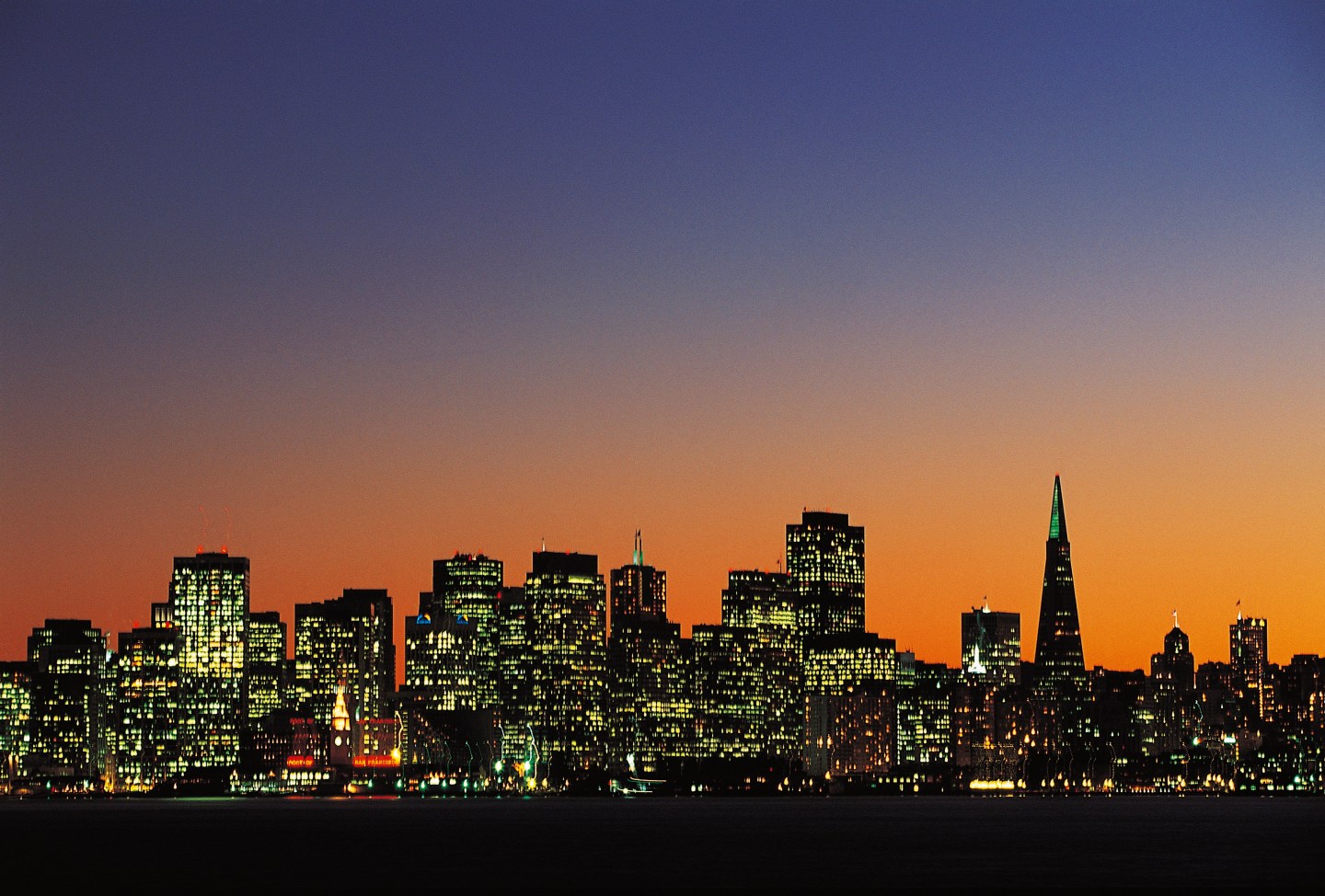 Manhattan is no longer the king of ridiculously high office rent. That crown now belongs to San Francisco.

According to a recent report from CBRE Group, the price per square foot for office space in San Francisco reached $72.26 in the fourth quarter of 2015—a 14% increase from last year. In Manhattan—which includes Midtown, Midtown South, and Downtown—office space costs $71.85 per square foot, up 7% from the year prior.

Prices in San Francisco have surged due to demand from the tech sector and limited space, the CBRE report says. Vacancies in the city dropped 100 basis points year over year to reach 5.6%.

San Francisco is also challenging New York City for the nation’s most expensive apartments. In October, a report from Trulia found that less than 10% of one-bedroom rentals in the Golden Gate City cost under $2,000 per month while more than half cost $3,000 or more. The median price for a one-bedroom? A cool $3,200.