Super Bowl Fans To Get A Taste of Virtual Reality 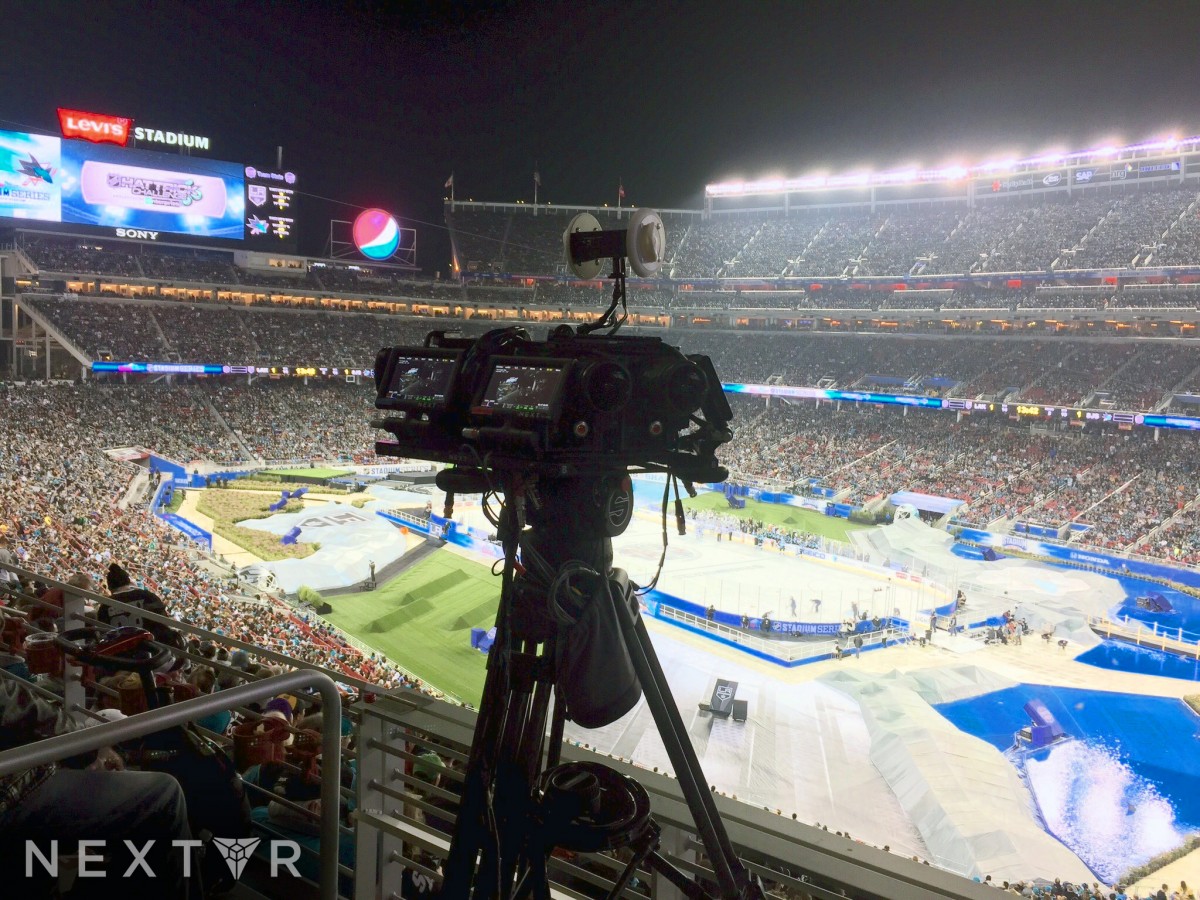 NextVR, which sponsored Turner Sports’ CES Sports Business Forum on Thursday, is ready to capitalize on the advances announced at the show, according to Brad Allen, executive chairman at NextVR.

NextVR worked with Qualcomm (QCOM) to test its new 820 chip, which is shipping this quarter in new smartphones. Allen says these new phones will provide a more vibrant virtual reality experience by adding head-tracking capabilities and a 4K display that will enhance even lower-level devices like Google (GOOGL) Cardboard.

That will open up an even broader access point for NextVR as it livestreams entertainment and sports events this year to owners of Carboard, Samsung (SSNLF) Gear VR, Facebook’s (FB) Oculus Rift, HTC (HTC) Vive, Sony (SNE) PlayStation VR, and other devices.

Next VR has worked with the NFL this season, capturing three football games (Jets vs. Titans, Ravens vs. Steelers, and Dolphins vs. Patriots). The company will have a booth at the NFL Experience, which is the fan convention during the Super Bowl at the San Francisco Moscone Center. Fans will be able to watch these games from four or five different camera perspectives in virtual reality.

“We’re ready to livestream any event today,” Allen says. “If the NFL says yes, we could do it next season.”

Allen says the NFL is still very much in the experimental stage with virtual reality, whereas the NBA has been the most aggressive of the big leagues.

NextVR, which worked with Turner Sports and the NBA to livestream the Golden State Warriors home opener against the New Orleans Pelicans and their championship ring ceremony, livestreamed the Bulls vs. Celtics game from Chicago at CES on Thursday night. Both NBA setups included a pair of cameras, one placed by the scorers’ table and another below the backboard.

“The NBA is the leader in this space,” Allen says. “We’ll see more regularly scheduled live VR events this fall. If people know there will be a whole slate of games and events they can watch, it will drive VR.”

NextVR has livestreamed a few NHL games, including a Sharks vs. Kings game at Levi’s Stadium last year. Allen believes hockey translates really well to virtual reality. The company has used cameras at center ice and behind the goal in arenas, and offered wider shots at the NFL stadium event.

“The reaction on hockey has been amazing because the experience is so much better than a TV broadcast,” Allen says.

Baseball isn’t right for virtual reality now, according to Allen. NextVR livestreamed a Dodgers-Giants game with a field-level view of the game and camera aimed at the dugout.

“The action in baseball isn’t like other sports,” Allen says. “Is someone going to sit three hours and watch a game in virtual reality? Not today, but in the future when there are lightweight glasses, people will likely watch then.”

Across the sports spectrum, it’s still early days in virtual reality. NextVR has captured a NASCAR race, a motocross event, and the 2015 U.S. Open golf tournament. Technology companies like NextVR are experimenting, while sports leagues decide how they want to enter this new medium. At the same time, hardware companies are launching mobile, console, and PC hardware to grow the audience for virtual reality.

Shawn DuBravac, chief economist for the Consumer Technology Association, which puts on CES, forecasts sales of VR and AR headsets will grow from approximately 200,000 in 2015 to over 1.2 million in 2016, which marks a 500% increase.

“We’re still experimenting across the board with what the best virtual reality experience is for sports, whether it’s a produced experience with commentary or a more organic experience with sounds from the stadium,” Allen says.

Update, Jan. 8, 11 pm: This article’s headline was changed for clarity after publication)