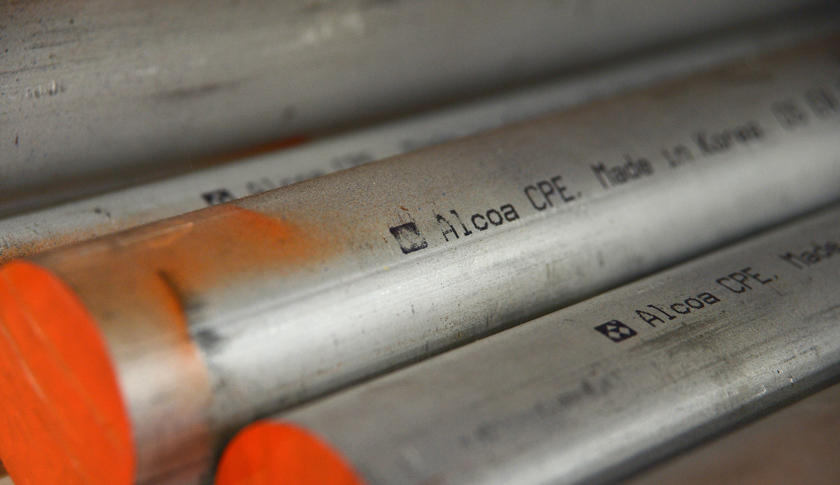 Aluminum rods displaying the Alcoa Inc. logo are stored at the Highett Metal Pty Ltd. warehouse in the suburb of Braeside in Melbourne, Australia, on Friday, June 29, 2012. Australian business confidence fell to a 10-month low in June amid concern that Europe's debt crisis and a slowdown in China will cool global demand for commodities. Photographer: Carla Gottgens/Bloomberg via Getty Images
Photograph by Carla Gottgens — Bloomberg via Getty Images

Alcoa Inc. (AA) is to close the biggest active aluminum smelter in the U.S., succumbing to the flood of cheap exports from China that has trashed prices for the metal.

The company said Thursday that it will permanently shutter the Warrick Operations smelter in Evansville, Indiana by the end of March, eliminating 600 jobs. It’s also closing its remaining bauxite refining capacity at Point Comfort in Texas, cutting all but 60 of the 730 jobs there.

As a result, the company that popularized the use of the lightweight metal in everything from airplanes to drinks cans will have only one active smelter in the U.S. by the spring–the relatively small Massena West plant in New York.

“Despite the hard work of employees, these assets are not competitive,” Roy Harvey, president of Alcoa’s Global Primary Products, said in a statement. “We’re confident that these actions are the right ones in face of these challenging market conditions. We are committed to creating a resilient business ready for launch as an independent company in 2016.”

Alcoa has already announced plans to split itself up into two companies, effectively exiting the raw materials business to allow its value-adding downstream operations the chance to stay profitable by buying in cheaper primary metal.

Prices for primary aluminum have fallen to their lowest level since the 2009 recession–slumping 30% in the last year alone–and are set to head even lower: production costs in China, which accounts for half of the world’s supply and no longer needs the metal its smelters are putting out, are set to fall even further now that the country is letting its currency depreciate against the dollar.

Alcoa’s moves are the latest hammer blow to a U.S. industry that is suffering more than most from China’s slowdown, and its policy of keeping even unprofitable mills going in order to hold unemployment down and prevent social unrest. Aluminum production is immensely energy-intensive, and many of China’s smelters are indirectly responsible for thousands of coal mining jobs as well as their own large workforces.

Industry lobby group the Aluminum Association estimates that, of the 50 highest-cost aluminum smelters in the world, 37 are in China. “Unfair practices,” it says, “are putting advanced U.S. manufacturing jobs at risk.”

The aluminum industry still employs 678,000 people directly and indirectly in the U.S..