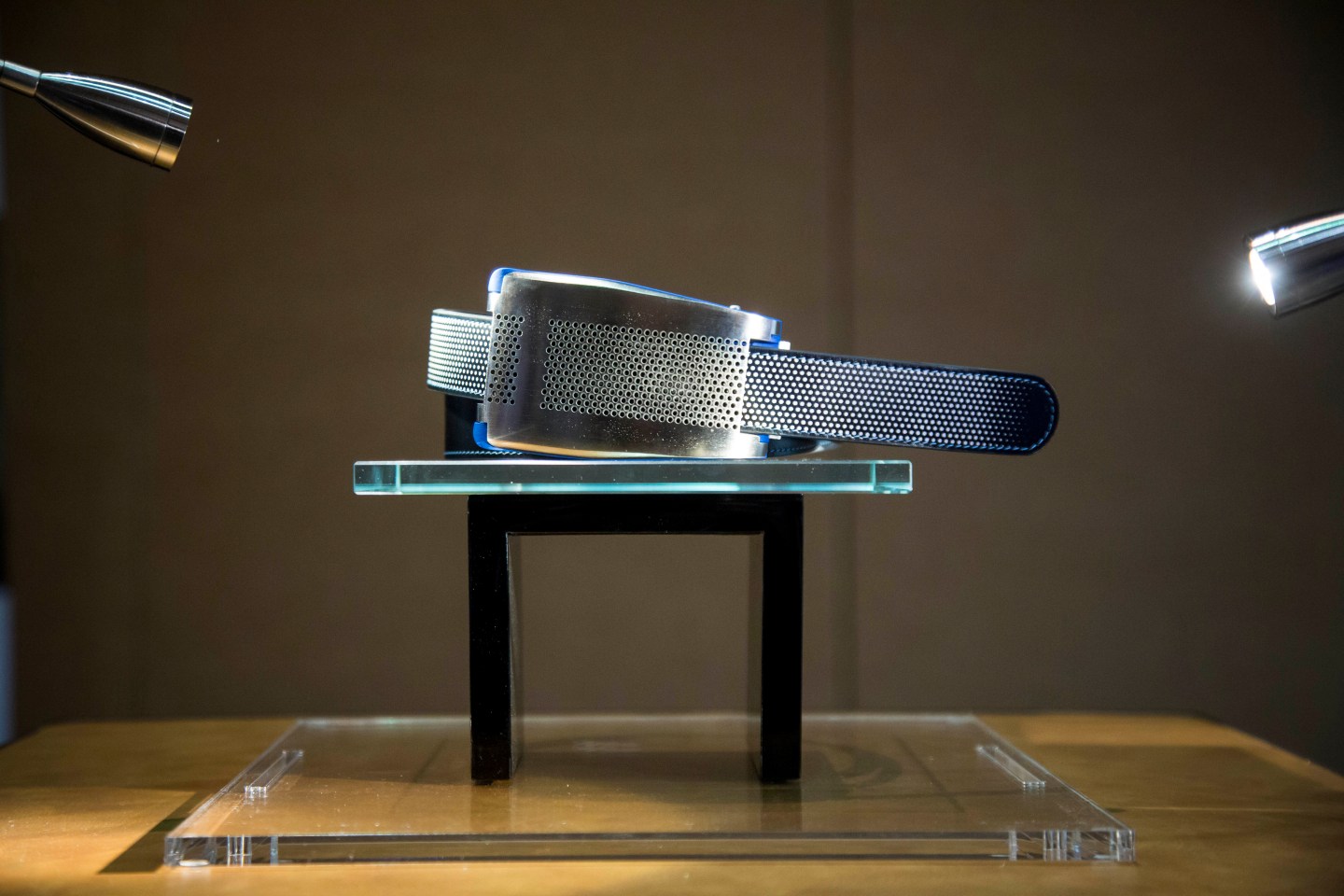 The Emiota smart belt is displayed at the CES Unveiled press event ahead of the 2015 Consumer Electronics Show in Las Vegas, Nevada, U.S., on Sunday, Jan. 4, 2015. This year's CES will be packed with a wide array of gadgets such as drones, connected cars, a range of smart home technology designed to make everyday life more convenient and quantum dot televisions, which promise better color and lower electricity use in giant screens. Photographer: Michael Nagle/Bloomberg via Getty Images
Photograph by Michael Nagle — Bloomberg/Getty Images

France may be best known for its mastery of “Old World” pleasures like wine and luxury goods. But it has quickly—and quietly—become a formidable player in the new digital economy, thanks to an explosion of smart and relevant technology startups.

Nowhere is this phenomenon better illustrated than at this year’s CES technology show in Las Vegas. France was the third most represented country at the annual consumer tech trade show, with 200 companies, up a whopping 65% from 2015. Even more surprising, around two-thirds, or 128, of those companies were startups, accounting for nearly a third of all the startups at this year’s show. At CES Unveiled, the official media-only preview event that featured 165 of the most innovative companies at the show, 45 hailed from France.

While France has long produced formidable engineers and designers, few would consider it to be a tech epicenter. Sure, France has a few large technology companies, like Altran, the technology consultancy, and Daily Motion, the online video-sharing website. But it is hardly the first (or second or third) country that comes to mind when people think about the digital economy.

That’s largely because of the fact that, while the word “entrepreneur” may be French, France seems like one of the last places someone would want to start a business. From strict labor laws that make hiring and firing employees a nightmare, to a recent increase in capital gains tax rates from 38% to 62.5%, to the country’s notorious 35-hour workweek, France has a poor reputation when it comes to making it big in business. Indeed, in the World Economic Forum’s 2015 Global Competitiveness Index, France came in all of 23rd place, just ahead of Saudi Arabia.

To make matters worse, failing in business has historically been considered far more shameful in France than in other capitalist countries, such as the United States. This aversion to risk makes starting a business a no-go for many French people.

So what is going on with the Gallic surge at CES this year?

There are several explanations. The first has to do with strong marketing from Business France, a government-backed agency armed with millions of euros, an experienced CEO and a charismatic government figurehead (France’s young Minister of the Economy, Emmanuel Macron). Business France has been effective at attracting attention to French startups, and under the “La French Tech” banner, Business France has helped French tech startups over the last two years with everything from raising funds to garnering media attention to flying them to big tech events, such as SxSW in Austin, Slush in Helsinki—and, of course, CES in Las Vegas.

Good marketing only goes so far, however. If the companies hyped by Business France were terrible, the system would collapse. Luckily, the French firms at CES have shown notable talent, especially when it comes to “connected” home tech, which, in addition to auto tech, is today’s hottest sector in consumer tech. Some people attribute France’s tech prowess to the way its engineers are taught in school. Unlike in other western countries, French engineers receive a very interdisciplinary education, allowing them to better marry software with hardware, which is essential for creating consumer tech.

While that might explain why the French are good engineers, it doesn’t fully explain why the country has suddenly become a hotbed of startup activity. For that, one needs to look at recent changes in government policy. Along with funding initiatives like “La French Tech,” the government has made a concerted effort in the last three years to lower the barriers to entry for entrepreneurs. This included tax incentives as well as a significant reduction in the amount of red tape that entrepreneurs face when they launch a business. And going bankrupt is no longer seen as a mortal sin, as the government has stopped blacklisting entrepreneurs for single business failures.

In addition to fostering the growth of French entrepreneurs, the government is also seeking to bring in entrepreneurs from abroad. This program, known as the “French Tech Ticket,” is meant to encourage foreign entrepreneurs in the startup or scaling phases to move their companies to France. Those chosen for the program will be put on a fast-track to obtain a residency permit, €12,500 (about $13,550) in capital, free office space at an incubator, discounted flights on Air France, and a host of other goodies.

These incentives seem to have done the trick. Entrepreneurship is now très sexy among French millennials. It is so much so that a quarter of the recent graduates from HEC, France’s top business school, said they were going off to start their own business. That’s up from just 10% a decade ago.

“We are also witnessing a generational shift with French engineers,” said Muriel Penicaud, the CEO of Business France. “Now a third of our engineers say they want to go work for a startup, whereas before nearly all of them said they wanted to be part of a big company.”

These new entrepreneurs are being inspired by a crop of successful French startups. BlaBlaCar, a ride sharing app popular in Europe, raised around €176 million in 2015, giving the company a “Unicorn” valuation of around $1 billion. Other successful French tech startups that have crossed into Unicorn territory include Criteo, the digital marketing company, and Vente-privee.com, the online specialty retailer,

Back at CES, several French companies won innovation awards for their originality and commercial promise. One of the most talked-about startups at the show was Nantes-based 10-Vins. Its flagship product, D.Vine, correctly aerates and decants wine in less than a minute.

“Fifty percent of a wine’s quality comes out only if it is decanted properly and served at the right temperature,” 10-Vins co-founder Thibaut Jarrousse said. “This is very complicated to get right.”

The machine works like a Nespresso machine but with wine replacing the coffee. The wines come in individual glass tubes with a microchip that tells the machine how to decant each one; the machine brings the wine to the correct temperature and then pours it out in three steps. Jarrousse said the price point for the US market is slated to be around $599 for the machine, and $3-20 dollars per 4 oz. tube of wine.

D.Vine is hardly alone. From Wistiki’s Voila GPS tracking device, designed by Philippe Starck, to Emiota’s Belty, which expands on your waist when you have indulged a bit too much, France is on it at CES 2016. The question now is whether the country will be able to continue its good run.