T-Mobile CEO: ‘Who the EFF are you anyway?’ 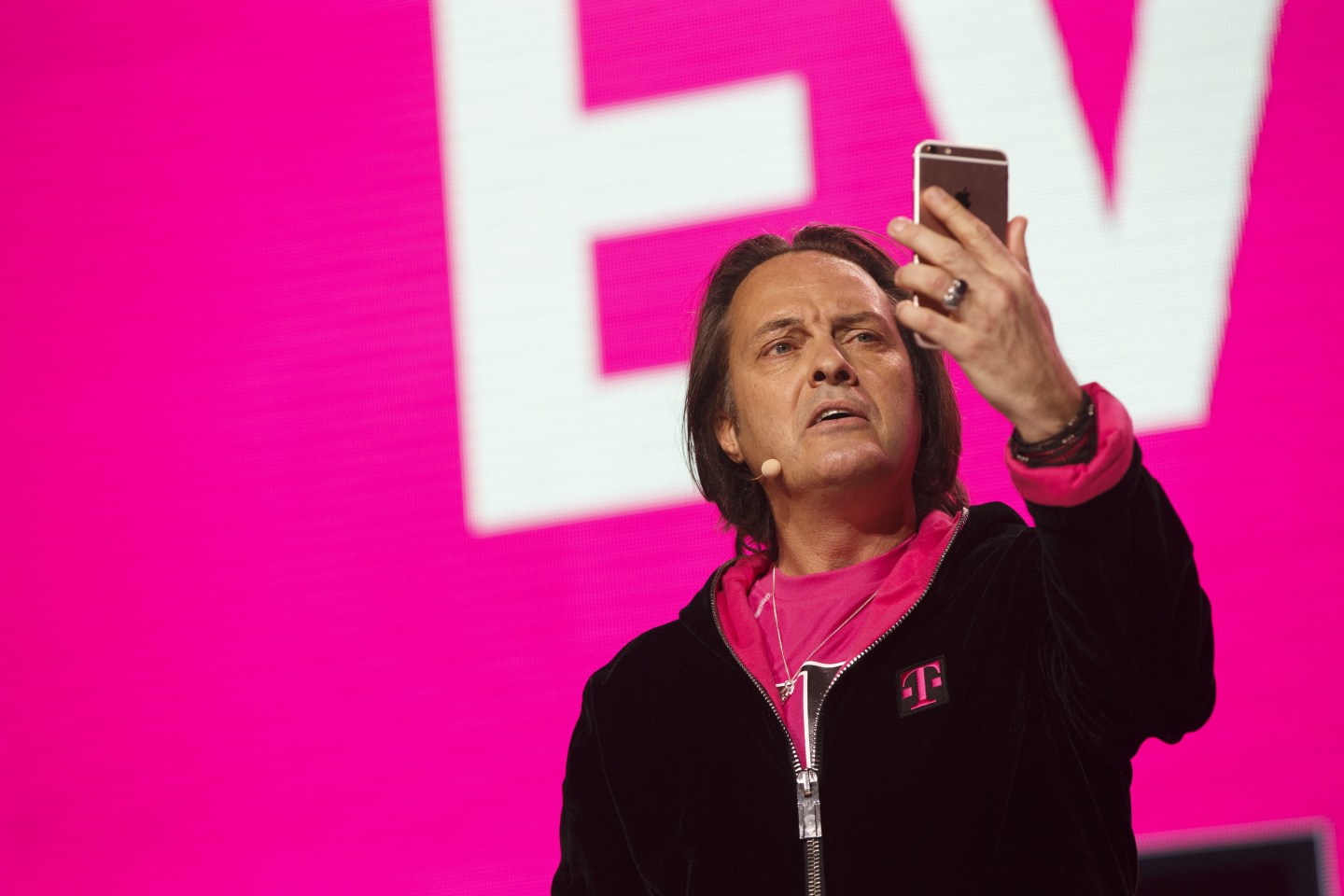 T-Mobile CEO John Legere has some choice words for the non-profit organization that lately has been on his case about net neutrality.

The noticeably peeved chief exec posted a video of himself to Twitter on Thursday cussing out the Electronic Frontier Foundation (abbreviated EFF), a digital rights group based in San Francisco, Calif. Legere had invited Twitter users to question him about his company’s “Binge On” service, a program that allows T-Mobile subscribers to stream video without impacting their data caps.

T-Mobile achieves this economic feat by degrading the quality of certain videos on its network. The EFF has argued that the program is anti-competitive though since, as the foundation claims, the company degrades the resolution of all video providers on the network, not just the ones who agreed to participate.

“Ask for the truth about T-Mobile’s new Binge On program,” an administrator of the EFF Twitter handle posted beside the Q&A campaign’s hashtag, “#AskJohn.” Twenty minutes later, the EFF posed a question directly to the CEO: “.@JohnLegere Does Binge On alter the video stream in any way, or just limit its bandwidth?”

Legere’s response didn’t mince words. “Who the fuck are you anyway, EFF?” the CEO said, frowning at his phone’s camera. “Why are you stirring up so much trouble?”

Legere tees up another question of his own before his countenance relaxes, apparently self-satisfied. “And who pays you?”

WATCH: For more on net neutrality see our Fortune video.

Earlier in the day, Legere posted a glossier video to Twitter calling critics’ claims “bullshit.” Following the second video post, an EFF member tweeted about his dissatisfaction with Legere’s reply.

.@EFF WOW. @JohnLegere's response to our question is to attack us for daring to ask the question.

Kinda wish instead of being defensive @JohnLegere had said "You're right, we goofed, we fixed it, now Binge On really is good for our users"

It’s unlikely that Legere will concede, of course. He rarely, if ever, backs down from a Twitter fight.