Panasonic Relaunches an Iconic Turntable—But Is The Vinyl Boom a Bubble? 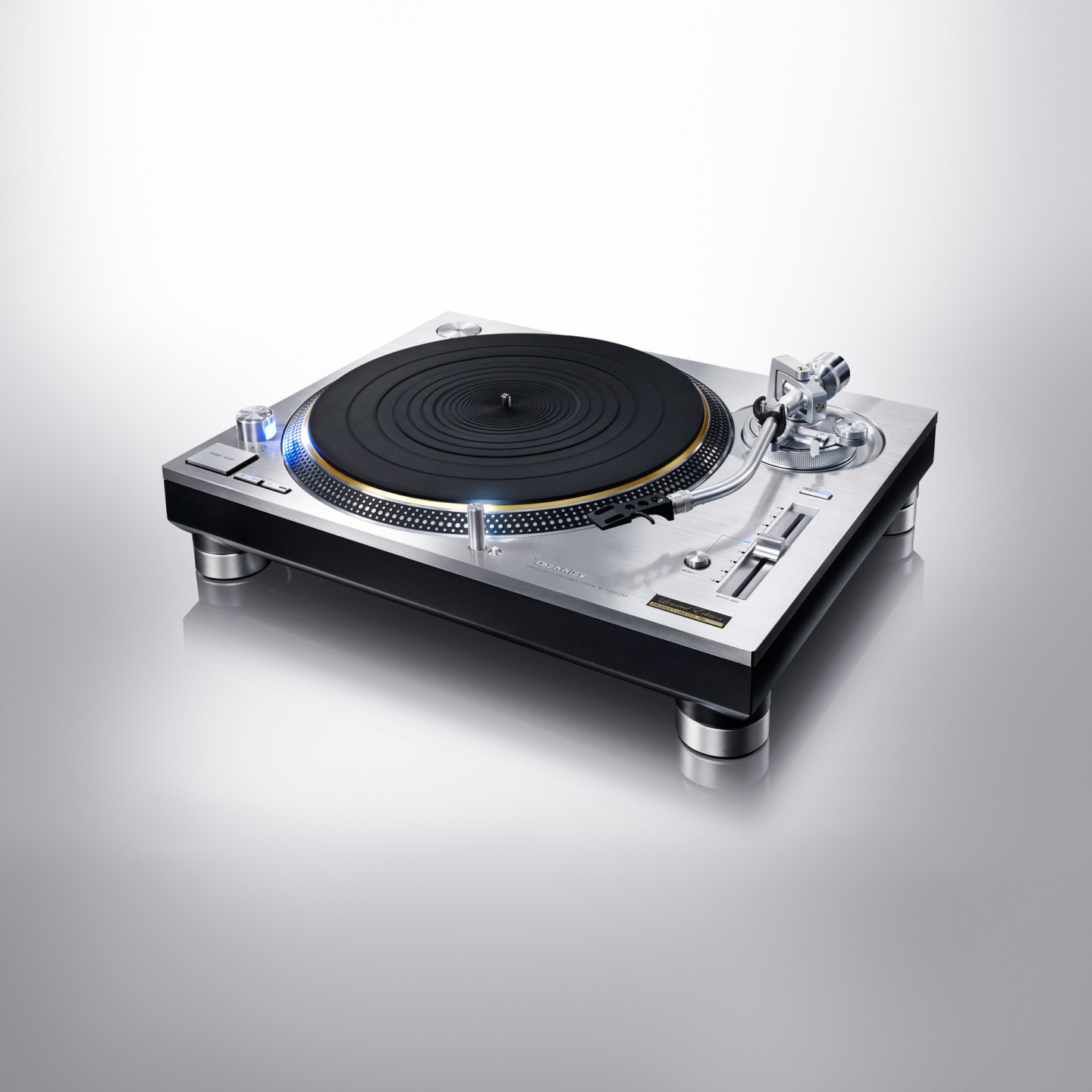 Among all the robots, flexible screens, and other futuristic tech on display at CES this week, Panasonic is reintroducing a noble relic. Announced on Tuesday, the Technics SL-1200G and SL-1200GAE models are attempts to capitalize on the most iconic record player of the past half-century, as music fans’ appetite for wax reaches heights not seen since the 1980s.

But does Panasonic’s launch show the continuing resurgence of a market, or the peak of a last-gasp fad? The debut of a new turntable isn’t news in itself, after all—boutique producers have continued to cater to high-end audiophiles even as CDs, then MP3s, then streaming, shifted the habits of mainstream listeners. There have even been a spate of new mid-budget models, mostly from startups and specialist brands.

But the enthusiastic, main-stage re-entry of a major brand like Panasonic highlights just how much the vinyl market has changed in recent years.

According to the RIAA, U.S. vinyl sales hit a 26-year high in 2015, with nine million units sold in the first half of the year. Amazingly, gross vinyl revenues trounced ad-supported (i.e. free) streaming revenues during that period, $222 million to $163 million. As the economy recovers, it seems, consumers have more money to spend on the sentiment and symbolism of music in physical form. That includes, notably, lots of millennials—uber trendy Urban Outfitters (URBN) is the largest single brick-and-mortar seller of vinyl.

The return of the Technics 1200s, then, seems well-timed. From the 1980s through the mid-2000s, they were the gold standard for club DJs, renowned for their rock-solid stability and, more importantly, a powerful direct-drive motor that made them precise tools for scratching and beatmatching. But digital tools began eating the professional DJ market alive by 2007 (Full disclosure—I sold my 1200s around 2008). With the market cratering, Panasonic discontinued the original SL-1200 in 2010.

Panasonic’s relaunched 1200s are not aimed at recapturing those digitized DJs, though. Instead, its announcement focuses on obscure issues of audio fidelity, rich with jargon about “four-layer cabinet construction” and the apparent scourge of “cogging.” One thing it doesn’t have is any concession to the digital world—no USB connection, no ‘smart’ features.

The SL-1200 GAE variant, with small improvements like a magnesium tonearm instead of the standard aluminum, will be produced in a limited edition of 1,200 (Get it?). That feels perfect for today’s vinyl market, which hinges on limited editions and special events like Record Store Day.

And therein, potentially, lies the problem—not just for Panasonic, but for an increasingly large subsegment of the music industry. It’s unclear whether the vinyl boom is sustainable, with some music insiders comparing it to past collecting frenzies for baseball cards and comic books. Demand is putting serious strain on production capacity, and prices for both new and used records have surged by as much as 40% in a decade.

WATCH: For more on the evolving technology of music, watch this Fortune video:

My personal index of “peak vinyl” is the $30, 180 gram, two-disc, clear vinyl reissue of the debut album of the Michael Shenker Group. A solo project by the onetime guitarist of German heavy metallers Scorpions of “Rock You Like a Hurricane” fame, the group is both thoroughly obscure and totally unhip, making it an easy pick as the Pets.com of vinyl reissues.

If and when the vinyl fad collapses, those hit hardest would probably be record pressing plants, mostly small businesses which have invested significantly in new facilities. While vinyl sales have been a heartwarming narrative, losing them wouldn’t be nearly as devastating for the record industry as a whole—according to the most recent numbers from the International Federation of the Phonographic Industry, they account for only about 2% of global revenues.

MORE: Print books are far from dead. But they’re definitely on the decline

It’s also possible, though, that Panasonic’s new SL-1200 is part of a more enduring return to physical (and analog) technology for a certain set of aggressively hip young consumers. Alongside the vinyl boom, eBook sales have stalled out, film cameras like the Luomo have been revived, and even mechanical typewriters are making a comeback. Elsewhere at CES, Kodak has relaunched its venerable Super 8 camera—a technology even more definitively outdated than vinyl.

Panasonic’s new deck will be released in phases, with the limited edition SL-1200 GAE launching this summer, and the standard edition SL-1200G late in the year. No pricing information has been released.