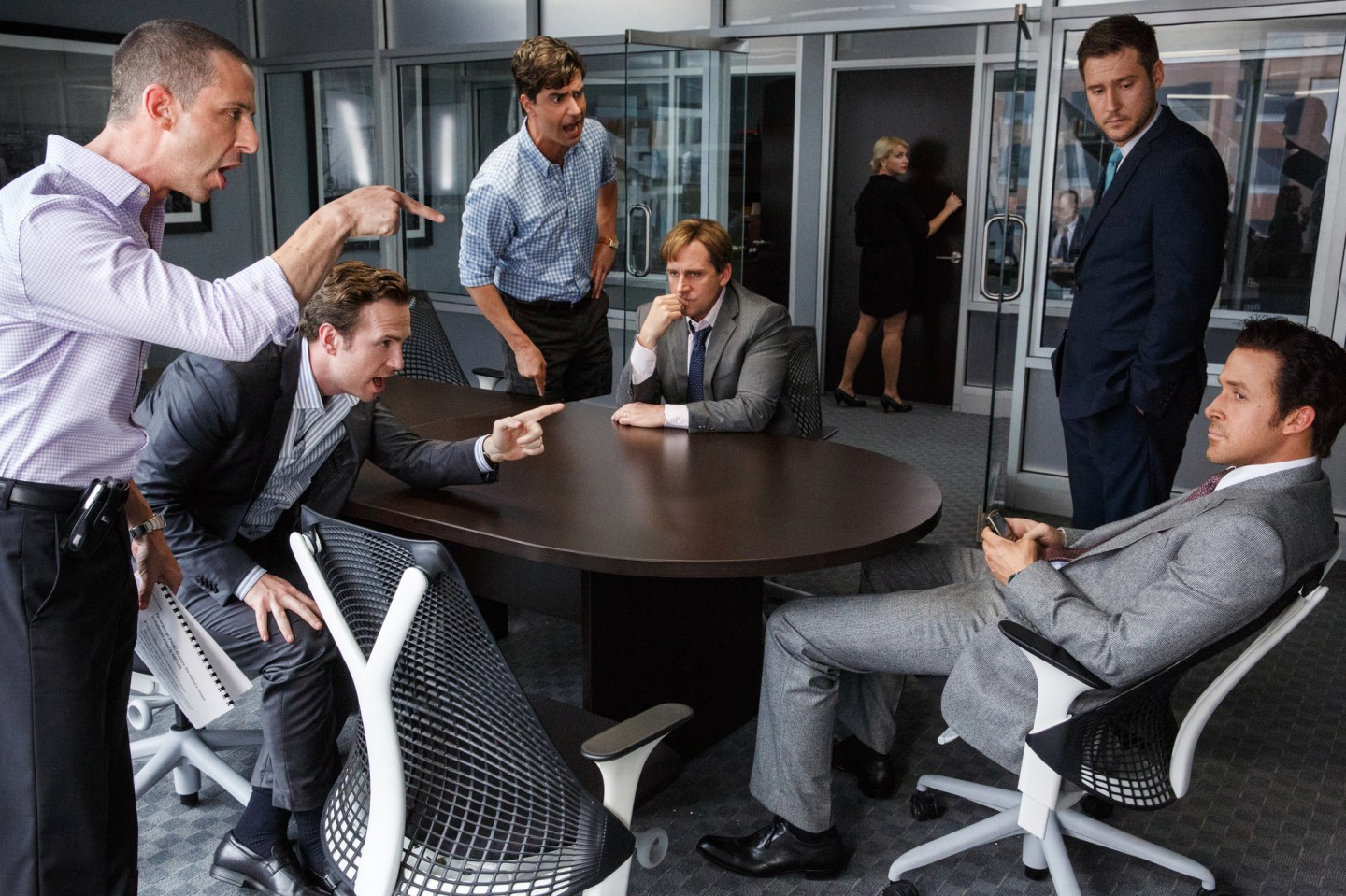 You could say Jeffry Griffin is just a lucky guy who happened to be in the right place at the right time. He decided to go audition as an extra for The Big Short, the film based on Michael Lewis’ book, The Big Short: Inside the Doomsday Machine. Griffin says he was randomly pulled out of a crowd, asked to improvise with some of the actors and eventually bumped up to play a sidekick to star Ryan Gosling. Two weeks later, he got the phone call that would change his life.

“Casting called me and asked what I was doing the following day,” Griffin said. “I told them that I had booked a Louisiana lotto commercial. They said, ‘Cancel it. You just won the lotto. You need to come in to rehearse with Ryan Gosling tomorrow morning.’”

Griffin plays Ryan Gosling’s assistant in The Big Short, a hit film about the 2008 financial crisis. But he comes from humble beginnings. Originally from Freeport, Texas, Griffin grew up in Baton Rouge. He attended several junior colleges, and struggled to pay for school. “I wasn’t the lucky guy who got to have college paid for. It’s just the way my family was – they all worked and they paid their own way through,” Griffin said. “I was comparing myself to all my friends who got a free ride, and I remember thinking, ‘Man, you’re so lucky.’”

Griffin left college to pursue acting full-time. In a way, Griffin was very well-prepared for the role as he struggled financially to make it as an actor. In an interview with Fortune, he explained his unlikely path – from his (failed) foray into trading penny stocks to hitting the jackpot role.

How did you make ends meet before you got this gig?

Griffin: I started doing a lot of promotional tours for companies. The last tour I did was for Verizon Wireless (VZ). We would go state to state, setting up a huge tent to demo all the new phones. That was one way that was easy for me to pursue acting on the side. When I wasn’t on tour, I would do marketing and promotions around town. I would pass out fliers for companies and do alcohol and wine demos.

How did you get into trading?

Griffin: One day, I had no tours, no acting jobs, no marketing. So I started Googling how to make some extra income. I read about Timothy Sykes, and I started watching his videos. I didn’t have a lot of money to trade, so that’s what intrigued me with penny stocks – you can throw in a thousand, or two thousand bucks and try to make 30 or 40% to grow it. I started meeting people online and had a few subscriptions to some stock news sites.

I did everything wrong in the book with trading. It was the biggest schooling on trading. Three months later, I wrecked the Lotus. I lost the car, I lost the money, and I hit rock bottom. I lost my passion for acting, and I thought trading was just a gut-wrenching game. I didn’t know what to do, and one of my best friends Joe told me, “Just start over.” I literally took five years off. It just felt like I had to start over somehow.

So how did you get back on your feet?

Griffin: It was difficult to get out of debt, but I literally just worked [as a waiter] and didn’t buy myself anything for a long time. I was focusing on getting out of debt and starting over in life. I moved back to Louisiana, and I found out there were a lot of movies filming there – Jurassic World, the Terminators, Fantastic Four. The love for acting started to come back. I started meeting people, and they started calling me for body doubles and stand-in work.

Then, I remembered The Big Short was coming to town. One day, my friend said, “Jeff, just get on set.” Jokingly, she said, “Maybe someone will like you and throw you a line.” Two days later, I got an email that said, “handsome, male, 30s, with a suit.” I didn’t have a suit but I had a cool blazer. It wasn’t a suit, but I thought I could get away with it. I was just supposed to be an extra. And then one of the PAs walks up to me, and he just takes me into this huge auditorium. They asked me if I had ever acted before. I said, “Yes, this is what I do.” He took me back to wardrobe and he started changing my jacket. When I asked what was going on, they said, “Oh you’ve been bumped up. You’re going to be Ryan Gosling’s assistant.” I got so nervous in that moment.

How did you prepare for the role?

Griffin: Because I got thrown in it so fast, I didn’t have time to buy the book and read it. I never studied finance in school, but I did go look up a lot of the terms they used in the movie to make sure I had a basic understanding. I read some Cliff Notes on The Big Short.

Whether I understood everything fully or not at all, I just needed to focus on understanding my scene.

In the film, Ryan Gosling uses a Jenga game to demonstrate visually how these risky financial products were created. Your role is to reveal the Jenga tower, which depicts a mortgage bond. How did you prepare for that scene?

Griffin: They gave me Jenga blocks to take home. They told me to know exactly where the triple A, the double B and the triple B blocks go – in order. Ryan and I rehearsed that entire day. It was just me and him in this little room, and then we rehearsed in front of [director] Adam McKay. Adam said, “Cool, I like it. I’ll see you in the morning.” It was about understanding my part in the movie – not about understanding everyone’s part.

How much did the cast really know about synthetic CDOs and credit default swaps?

Griffin: You can’t do a movie like that and completely wing it. You have to really dive in, which I’m sure [all of the actors] did by the time they filmed. I’m sure they spent hours studying and understanding these concepts, because as an established actor, you need to know your craft and what’s going on in the film. You have to really do your homework beforehand.

What’s next for you and your career?

I just got booked on a short film, and they want me as a lead. Going through the process hurts and it’s not easy, but it’s so worth it. I had a little breakthrough, but I’m not there yet. I’m not after being famous or making a lot of money, I just want to work. That’s what success means for me.

Any advice for aspiring actors?

Griffin: You just really can’t give up. I really crashed hard. My life took a dive, but it ultimately led me back to my passion of acting. Just trust the process, and do your part. Success will follow. And maybe one day Ryan Gosling will be my assistant.