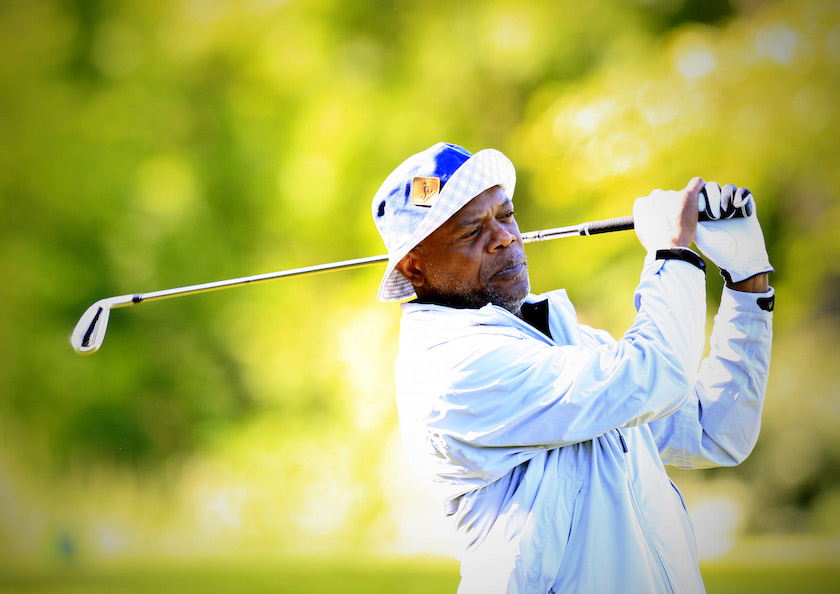 Basically, it goes like this: In an interview with Rhapsody, the in-light magazine for United Airlines, Jackson said that he’d played golf with Trump and implied that the presidential hopeful had cheated. In response, Trump issued this tweet:

I don’t know @SamuelLJackson, to best of my knowledge haven't played golf w/him & think he does too many TV commercials—boring. Not a fan.

Jackson is a frequent commercial pitchman. Lately he’s been in a number of ads for Capital One.

The actor fired back by posting a bill from Trump’s golf in New Jersey on his Instagram—Business Insider notes it has been removed, possibly because it had Jackson’s home address on it—with the caption “A bill from the guy that doesn’t know me & never golfed with me! I’m gonna Block his ass too!”

Trump has been accused of cheating at golf before, BI notes, and has always responded similarly to how he did with Jackson. Trump is also no stranger to dustups with celebrities—his feud with Rosie O’Donnell is legendary. The two started fighting back in 2006 over Trump’s handling of a Miss USA scandal. Trump has called O’Donnell seemingly every name in the book, including “my nice fat little Rosie” and “a true loser.”