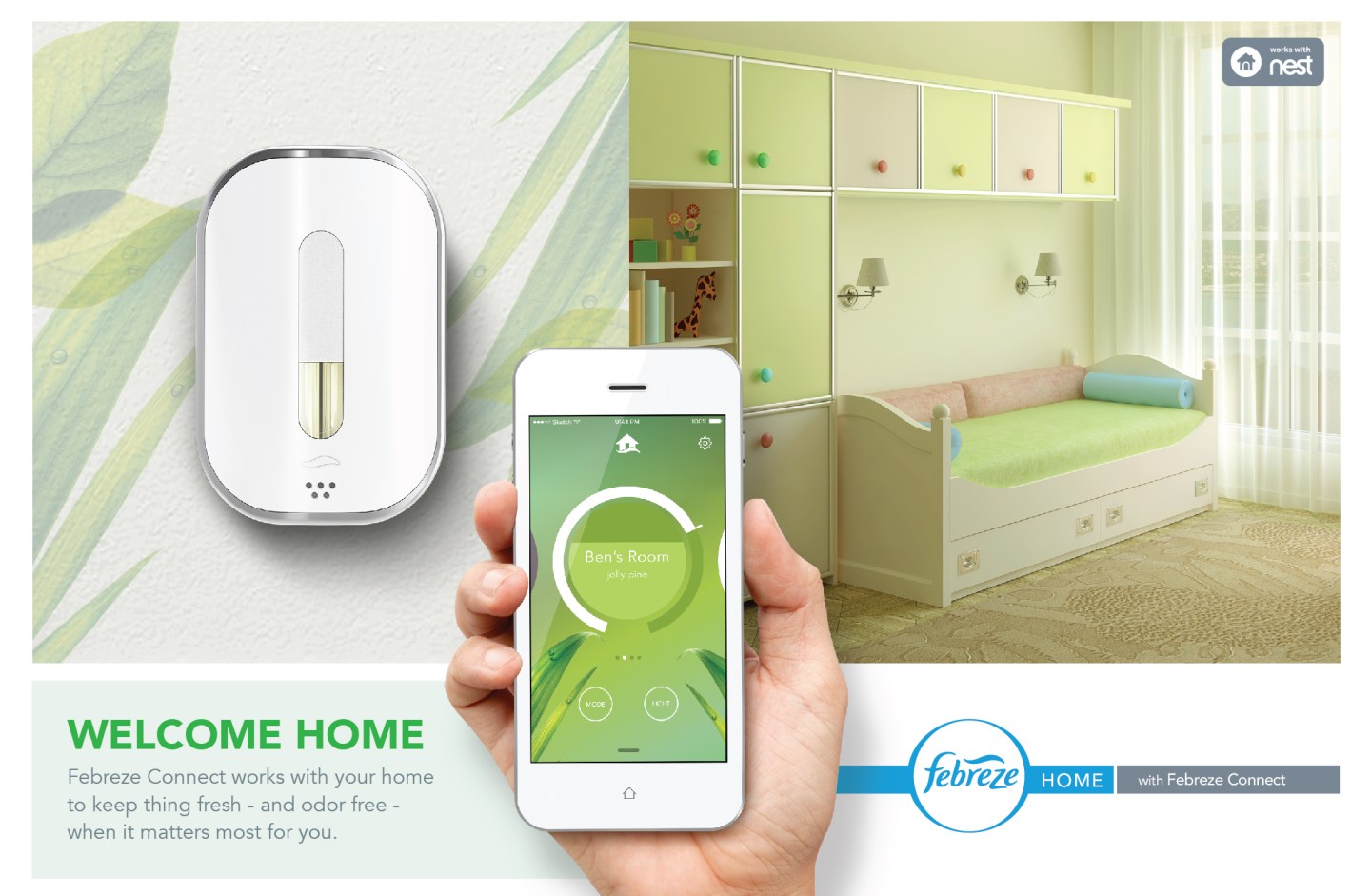 The engineers at Procter & Gamble have looked at the connected home with interest, and in nine months have come up with a product to test the waters. It’s a $49 connected Febreze plug that lets consumers release one of two scents into their home by using a smartphone app.

The company is showing off the device at CES, the big technology showcase in Las Vegas this week. While it may come across as the least exciting smart home technology ever, that is a mark in its favor.

The utter ordinariness of the device could end up opening up the connected home to a wider audience. For now, the smart home has been a confusing mess of products trying to do too much and requiring a lot of effort

P&G (PG) has packed a lot more into its new product than turning it into a remote-controlled air freshener.

The device has motion sensors, a multi-colored LED light, and a temperature and humidity sensor. For normal consumers who don’t care about the number of sensors in their connected air fresheners (that’s probably most of us) this means that the devices does several things.

It can light a path for homeowners who get up in the middle of the night simply by sensing when the person passes by.

The air freshener also integrates with Nest thermostats if the homeowner has one. It ensures that the device releases the Febreze at the right time to take advantage of the air conditioning coming on in the room to optimally disperse the scent. Or in cases of high humidity, where scents tend to linger, the plug-in might not release as much scent in one burst, based on the data sent from the Nest.

Additionally, it can tell Nest the room’s temperature, which is helpful because a thermostat only takes the temperature for the room where the thermostat is located. If the Nest Protect smoke detector goes off, the night-light glows red as an additional alert to homeowners to get out.

What’s striking about the design of this device is that nothing about it screams high-tech. And as technology invades our clothing, jewelry, and cars, building a product that embeds thoughtful design into a device as mundane as a plug-in air freshener and giving a few extra features feels like the right way to go. The price is relatively reasonable as well. It’s a bit high, but could be brought down with coupons if P&G wants to attract more than early adopters.

Air freshener refills, which can be ordered through the app or picked up in a store, are the same as the ones in the “dumb” air fresheners. For P&G, the goal is to test how to build connected products and help its customers.

Febreze will be sold through a few web sites as P&G tests the market in early summer. If the product works as advertised, maybe this year will be the one in which the home actually becomes smart. Until now, complicated smart home hubs and sensors have gotten in the way. But a well-thought-out air freshener and other mundane products like it may be what the public is waiting for.