Ordinary Home Appliances Are About to Get Really Sexy 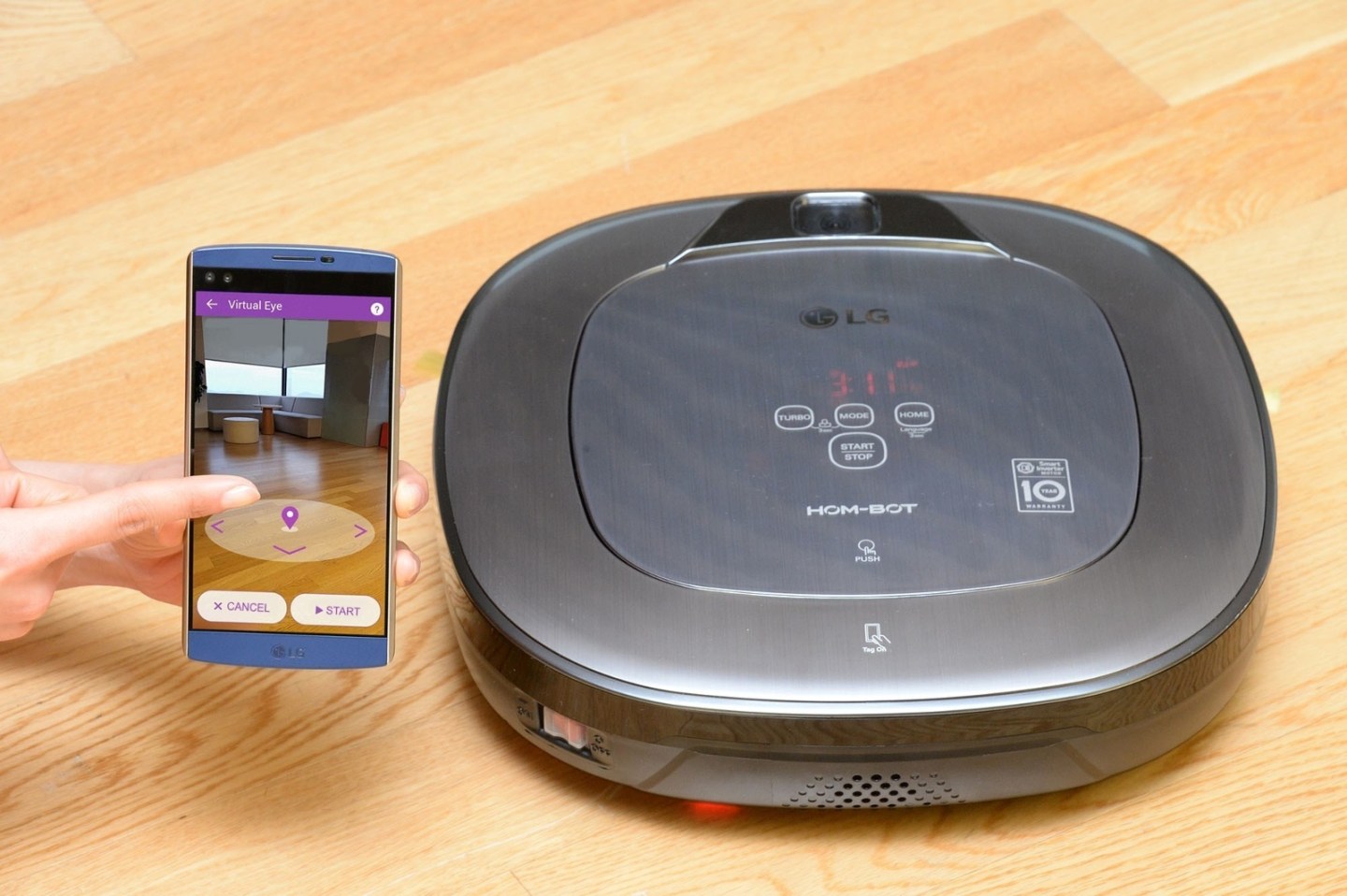 More than 20,000 gadgets are on display at CES – and it’s probably not a big secret that the jumbo, ultra-thin TVs, Virtual Reality headsets and car technologies are turning the most heads.

But when all is said and done, it’s the less sexy items that most people will interact with on a day-to-day basis. Washing machines, refrigerators and other home appliances aren’t glamorous, but we all want them to do more than they already do – and several manufacturers are rushing to fill that demand.

A full 17% of U.S. broadband households intend to buy a smart kitchen appliance by end of 2016, according to Parks Associates. And this year’s CES has a wide assortment of kitchen and other home appliances on display. Some are cutting edge. Some are philanthropic. And some are kitschy.

Here are the ones that are turning the most heads.

Samsung is bringing the Internet of things to the kitchen in a big way. This refrigerator has an embedded camera that monitors your food, taking a picture every time the door is closed (letting you check remotely if you’re running low on milk). That monitors the contents for spoilage risk, alerting you when an item has been in there long enough to go bad. The fridge will also have sophisticated humidity and temperature sensors, which are also accessible through the fridge's network hub. And if it has, you can order a replacement via the giant 21.5-inch tablet on the refrigerator door (in a unique partnership with MasterCard).

Not enough? How about a built-in speaker system and news and weather alerts on the screen? The fridge will also offer seasonal recipe suggestions. It’s due out this May, but Samsung (SAMSUNG-CT) has not announced any pricing information.

We can all use an extra hand in the kitchen, but sometimes it’s a pain to have another body in there. This 10-in-1 device can take care of the mixing and stirring of everything from risotto to stir fry to scrambled eggs - while you focus on other elements of your meal. It also features an on-board cooking system that has 10 different styles to choose from, ranging from baking to sauce making.

(Gourmia isn’t the only robot kitchen assistant on display, either. The Boston Kitchen Robotic Company is showing off OneCook and Sereneti has Cooki.)

Robotic vacuums are handy, but they’re ultimately pretty dumb. They follow a pattern and clean everywhere. The HOM-BOT lets you specify an area that needs extra attention. Just tap the area on your phone and it will focus its efforts there. Also, the camera on the front of the unit lets you monitor your home remotely while you’re away.

Is this the most practical refrigerator at CES? Of course not, but it’s certainly the one with the most entertainment value. It’s a very authentic replica of Star Wars’ most famous droid, with authentic light and sound effects. It’ll hold a six-pack of your beverage of choice and will bring the drinks to you (with a top speed of 0.62 miles per hour). It also has a built-in projector, allowing you to watch films as you enjoy your drink.

While there may not be any real advances in washing technology in these devices, they do have more heart than your usual washer/dryer combo. Using Whirlpool’s (WHR)new Connect to care program, consumers can give to charity automatically as they clean their clothes. Every time you do a load of laundry, the washer will automatically send a small amount to Habitat for Humanity. It’s the first in a series of appliances that will encourage widespread philanthropy.

There’s always a bowl or pan that just doesn’t fit right in your dishwasher. LG's  latest model hopes to ease that pain point, with three configurable tiers that give you more flexibility than most machines. The system’s camera sensors also keep track of areas the dishwasher has already cleaned, which reduces water spots and could save water. It’s also a time saver, with a complete load taking just 59 minutes.