Report: Twitter Is Planning to Stretch Tweets to 10,000 Characters Soon 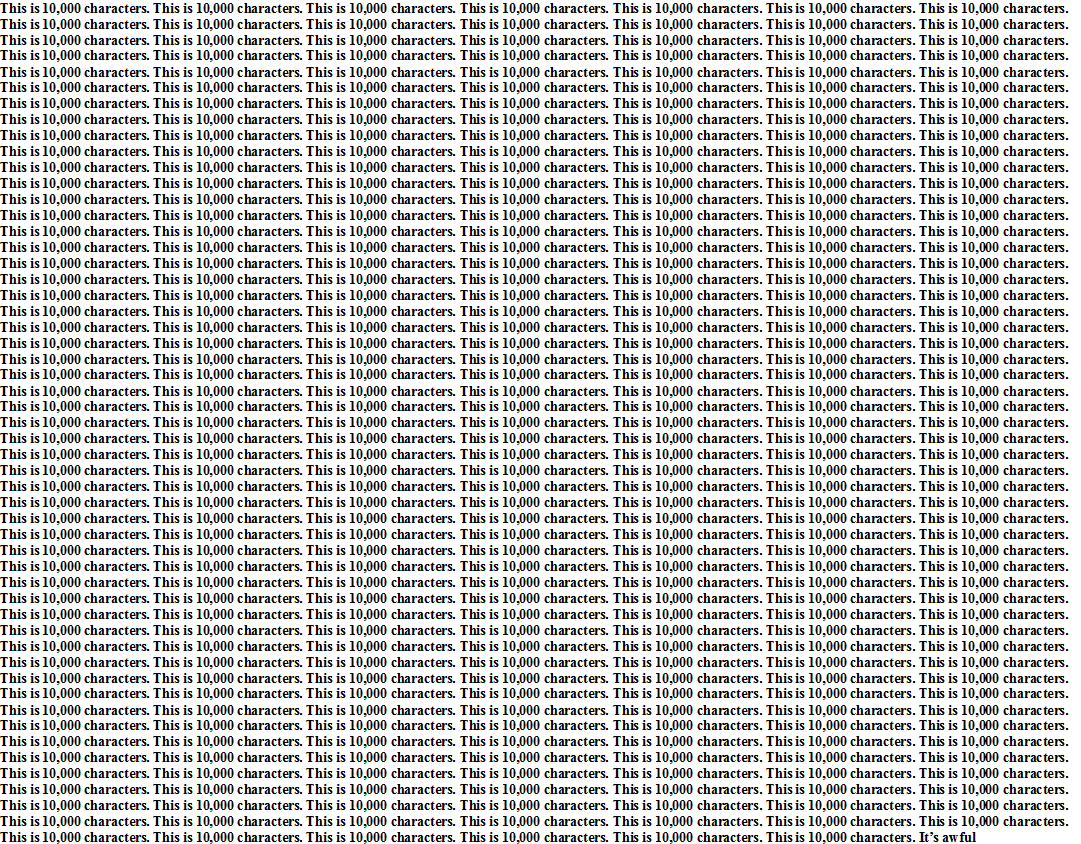 That’s right: following earlier rumors, Twitter (TWTR) is reportedly getting closer to releasing a feature that will allow users to stretch a tweet to up to 10,000 characters, according to a new report from Re/code. Since Twitter’s inception, tweets have been limited to 140 characters, something that has been hailed as both a handicap as well as a signature characteristic of the service.

Internally dubbed “Beyond 140,” the feature would let users click or tap on a button to view more than the traditional 140 characters that appear in their feed. The idea is to keep the old look and feel of the feed while enabling for more content to be part of a tweet.

Twitter is reportedly aiming to roll out the expanded tweets by the end of the first quarter of 2016, though timing—and even the 10,000 character limit—can still change, according to the report.

As Re/code notes, expanding the length of tweets is part of Twitter’s attempts to revitalize its user growth (which has been dismal in the past several quarters) and user engagement with the service, though this could backfire. While stretching the character limit of private messages, called “Direct Messages,” to 10,000 seems to have been a welcome change by users, expanding image size for tweets has seen some drop in user engagement, according to the report.

Some of Twitter’s other attempts at making its service more appealing to users, especially new users, have also had mixed results. The “While you were away” feature, which shows highlights of tweets a user missed in between uses of the service has been appreciated by some, while others find it annoying. Moments, Twitter’s new tab that provides an overview of popular news and events, hasn’t yet become a hit given the volume of complaints from users. But it’s still early and the company hasn’t released any data on how much traction the service is getting.

Twitter is reportedly still working out many details of this upcoming feature, including how to deal with spam, potential limits to the number of users that can be mentioned, and so on.

But whatever the final form of the feature, it will be closely watched by users and investors alike. In October, the company finally named co-founder and Square (SQ) CEO Jack Dorsey as its new CEO following Dick Costolo’s departure in June, largely because of the popular perception that he understand’s Twitter’s product better than most. While Twitter is an important even crucial service for some groups of users—celebrities, journalists, executives—it has struggled to clearly articulate itself to many potential ones, something Dorsey has been tasked with changing.

The story has been updated with more specifics about whether Moments has been a successful feature so far.