These Are the Best New Craft Beers 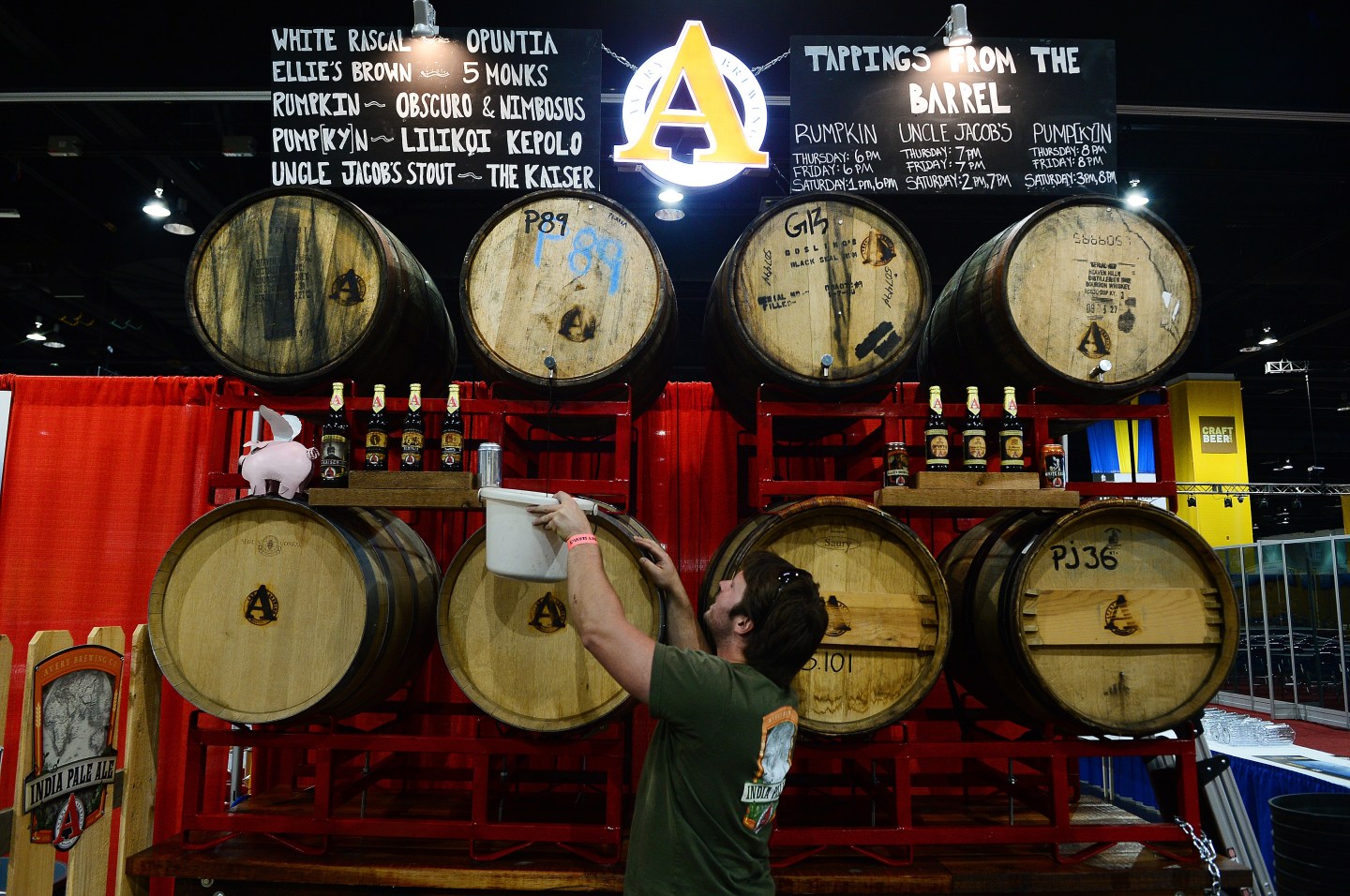 An employee of Avery Brewing Company taps into a barrel as he and his team set up for last year's Great American Beer Festival in Denver.
Photograph by Helen H. Richardson — Denver Post via Getty Images

One of the happy byproducts of the continuing explosion of craft breweries opening up around the country is the constant stream of new flavors and fusions of beer. While most new breweries will have an IPA or a porter in their standard tap rotation, they’re eager to put their own stamp on things with something unique.

It’s not just new breweries, of course. Many well known craft houses rolled out some terrific new offerings in 2015 and tried their hand at a number of different styles. The work being done in sour beers these days is often phenomenal – and the rise of a hoppy sour was a happy surprise. Barrel aging has expanded far beyond bourbon. And the industry made itself more welcoming to craft newcomers with a wide range of lighter styles.

There is, of course, no such thing as an authoritative “Best Of” list, since it’s a subjective gathering at its core – and it’s impossible to try everything anyway. But here are a number of beers that underscore just how solid a year 2015 was for the craft brewing industry.

Firestone Walker Easy Jack – Technically, this session IPA launched in 2014, but Firestone ran out of it so quickly that few had the chance to try it. This year, the brewer reintroduced it as a year-round release and we’re all better off because of it. Remarkably crisp with pronounced orange flavors accompanying the hops, it has the full body and flavor of a good IPA. It’s extremely refreshing with a nice dry finish. (ABV: 4.5%)

Avery Brewing Liliko’i Kepolo – The tiki mast on the can should tip you off this isn’t your ordinary Witbier, but it’s easy to overlook that, given how creative beer labels have become. But once you take your first sip and get smacked with a wonderful passion fruit and pineapple taste, it all makes sense. There’s a tartness here that stops short of sour. The beer has a terrific light finish that makes it a perfect warm weather beer. (ABV: 5.6%)

Oskar Blues Pinner – This Session IPA might taste a bit thin initially, but it grows on you quickly. It’s somewhat malt heavy, though the hops make their presence known towards the end, before it finishes in a very clean fashion. (ABV: 4.9%)

Sierra Nevada Hop Hunter – Made with hop oil, distilled from fresh-picked hop cones (rather than from the actual cones or pellets), Sierra Nevada managed to shake up the IPA category this year. The beer is loaded with pine and resins, with very little fruit compared to other IPAs. It’s an extraordinarily fresh beer that can best be likened to the late fall wet hopped offerings from other brewers – only this one’s available year-round. (ABV: 6.2%)

Sweetwater Hash Brown – Sweetwater has experimented with hop hash – the oil-filled “waste product” that comes from the creation of hop pellets before, but this might be its finest effort with the product yet. The concentrated hop oils add a big, bold punch to a well-done brown ale that compliments, but doesn’t completely dominate, the roasted grains. Pine and citrus dominate through most of the taste, but the sweetness of the malt comes through at the end, giving the beer a light, creamy finish with just a mild lingering bitterness. (ABV: 6.2%)

Ballast Point Calm Before the Storm – Cream ales seemed to gain a higher profile in 2015 – and this vanilla- and coffee-infused offering from Ballast Point was one of the better ones to make its debut. Deftly balancing the bitterness of the coffee and the sweetness of the vanilla, it’s a nice summer answer to the company’s more winter-friendly Victory at Sea imperial porter. (ABV: 5.5%)

Stone Sorry Not Sorry IPA – While technically a Stone product, this collaboration between Stone, 4 Hands and Bale Breaker is a witch’s brew of IPA goodness. The hop fusions in this DIPA are intriguing enough, but the addition of cherries and peaches are especially intriguing – and they’re integrated very well. There’s a slight hint of sweetness, but that’s balanced with the hops, which maintain the bitter qualities you’d expect by the time you finish. (ABV: 9.3%)

21st Amendment Toaster Pastry – It sounded, when it was announced, like a gimmick beer. An India-style red pale ale that was an ode to the Pop-Tarts that were once made at the factory 21st Amendment had converted to their new brewing headquarters? Pretty much everyone expected it to be a lark. But when we got a taste, it was a terrific surprise. It’s hoppier than you’d expect with a very solid malt backbone that gives the ‘pastry’ part of the name some legitimacy. You’ll get a hint – a very light one – of strawberry at the finish. We can debate if it was one of the best years of the year, but it certainly was one of the most unexpected. (ABV: 7.6%)

Edmund’s Oast Viridi Rex – Permit me a little hometown favoritism here. Unless you’ve been to Edmund’s Oast, a Charleston, SC brewer/restaurant, you’ve never had Viridi Rex. But the company is expanding its brewing operations and hopefully will be making it more widely available in the year to come. Put simply: This is one of the best DIPAs from a Southern brewer I’ve had. It’s a west coast style done right on the east coast with a nose and body that’s full of tropical fruit. The balance is near perfect. If it can brew this to scale with consistency, Edmund’s Oast might be a brewer you’re hearing a lot more in the years to come. (ABV: 9.5%)