These Wall Street Firms Did Surprisingly Well in 2015 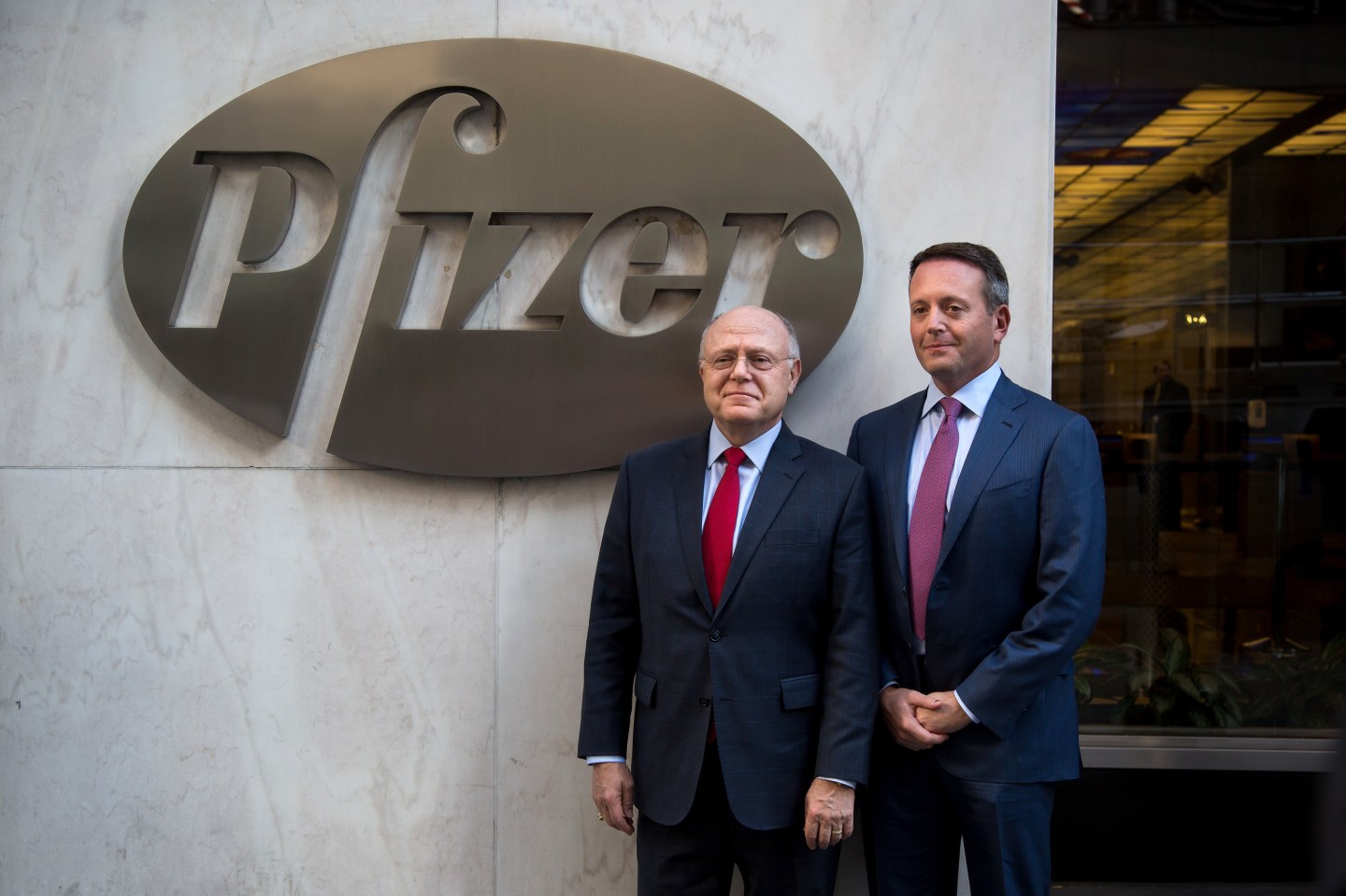 Ian Read, chairman and chief executive officer of Pfizer Inc., left, and Brent Saunders, president and chief executive officer of Allergan Plc, stand for a photograph in front of Pfizer headquarters in New York, U.S., on Monday, Nov. 23, 2015. Pfizer Inc. and Allergan Plc agreed to combine in a record $160 billion deal, creating a drugmaking behemoth called Pfizer Plc with products from Viagra to Botox and a low-cost tax base. Photographer: Michael Nagle/Bloomberg via Getty Images
Photograph by Michael Nagle — Bloomberg via Getty Images

In 2015 on Wall Street it appeared that it wasn’t the size of the dog in the fight that mattered.

This year, in the face of over $5 trillion of mergers, the largest (and perhaps most complex) year of deals in history, small advisory firms Centerview Partners and Robey Warshaw held market share against Wall Street traditional stalwarts–like Goldman Sachs and Morgan Stanley–that have graced the top of the league tables for decades.

Indeed, on nearly all of the biggest deals of the year, Wall Street’s smaller firms nabbed key roles. On Pfizer’s $160 billion takeover of Allergan, which was the biggest announced acquisition of the year, Centerview Partners, a firm formed by ex-UBS banker Blair Effron and merger titan Robert A. Pruzan less than 10 years ago (currently with about 30 bankers), and Guggeheim Partners, another firm generally considered one of Wall Street’s so-called M&A boutiques, were advisors. Robey Warshaw, an advisory firm formed in spring 2014 with only nine bankers, according to reports, was an advisor on both Anheuser-Busch InBev’s takeover of SABMiller and Royal Dutch Shell’s announced deal to buy BG Group, which was the second and third largest deals of the year, respectively.

All in, boutiques took 16% of the M&A advisory market share. It hasn’t completely upended the historical order. Goldman (GS) still advised on more mergers than any other Wall Street firm and JPMorgan Chase (JPM), in particular, has used its size to move up the ranks in the M&A business in the past few years.

Still the boutiques’ share is twice as high as what they took in 2008, according to Dealogic, which defines “boutiques” as financial firms with less than 1000 employees which make more than 80% of their revenue from advising on corporate combinations.

(Dealogic actually excludes Allen & Co. and Guggenheim, because they have sizable stock market businesses, suggesting the results for boutiques should have been even higher.)

This share has grown steadily since the financial crisis. But market share gains of the smaller firms are particularly surprising this year. Most large deals require financing. So you would expect the big banks to land most of the key roles. But that wasn’t the case this year.

Indeed, about a decade ago, it was believed that the large banks, like Bank of America, Citigroup and JPMorgan Chase, would take an increasingly larger share of the mergers and acquisition by offering cheap loans in return for prized roles on M&A transactions. M&A advisory work is some of the most lucrative on Wall Street. But the financial crisis gave big banks a bad rap. Some clients thought the banks were putting their own interest first, and were turned off by the big banks’ “cross-sell” tactics. As a result, small firms that don’t suffer from that stigma have been able to land roles on huge deals. Boutiques also don’t have the same regulatory red tape as large banks. What’s more, some bankers say the advisory job is simply more fun, and, as a result, many boutiques have pulled successful bankers away from behemoths.

But there’s a downside, though. Unlike large banks, these firms don’t have other revenue streams to fall back on when mergers take an inevitable downturn. They may find that they, too, have to grow into other banking areas. Also it’s harder to make money when the M&A market turns if a bank depends solely on a few big deals. After all, big deals pay more in fees proportionately, despite that advising small deals requires about the same amount of staff. A firm of a few hundred advisors can either live on a handful of large deals or dozens of small ones.

Many boutiques have weathered several downturns without expanding. Greenhill (GHL) was founded in 1996, and it doesn’t do any investing, trading, lending, or underwriting. Houlihan Loukey has a similar business and it has been around since 1972.

But these firms have their coffers filled with smaller deals, specifically. Meanwhile, many boutiques that have gone after the whales of the merger world have ultimately ended up becoming more than simply advise-givers. In addition to its advisory practice, Lazard has a large asset management and private equity business, which overall contributed about a third of its revenue in the first nine months of this year. Evercore has been building out its equities business, including sales, trading, and research (buying independent research firm International Strategy & Investment last year). Some other of Wall Street’s smaller firms might find it necessary to become less boutiquey as well.