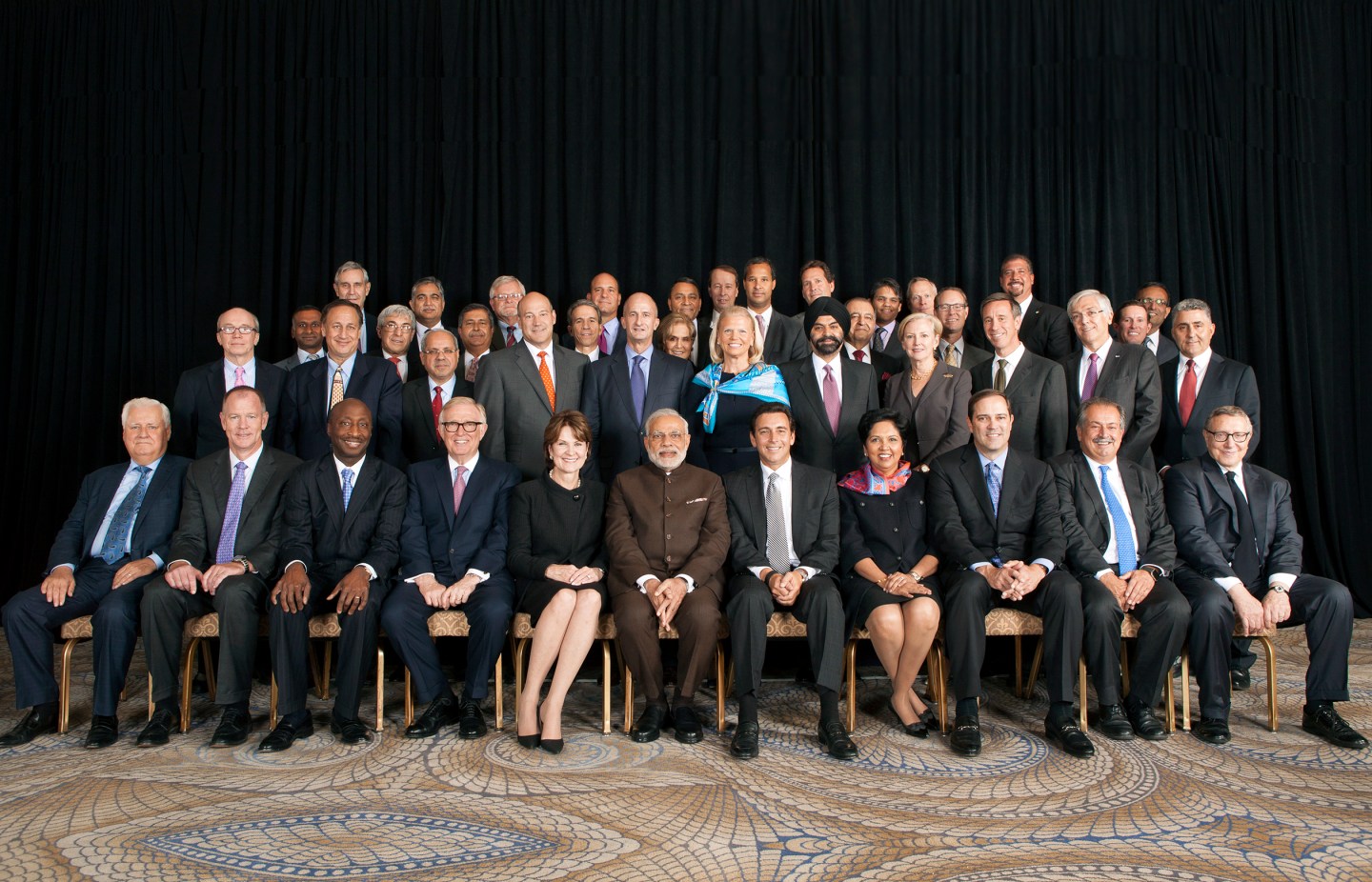 A few weeks ago, Goldman Sachs (GS) finally conceded defeat for its BRICS fund, an investment vehicle focused on the hot emerging-markets bloc of another era. The fund had lost 88% of its assets from a peak in 2010. And the reasons by now are so familiar that they can be rattled off by cabdrivers: Scandal-plagued Brazil—the “B” in BRIC—has been lurching from crisis to crisis and is now sinking into its deepest recession in 25 years. Russia (the “R”) is rusting like a Cold War–era Volga, hobbled by sanctions and a chief export (energy) that has cratered in value. China’s once-unstoppable economy is cooling quicker than a Sub-Zero, as reforms sputter forward. And South Africa, which joined the BRICS group a few years ago (turning the acronym’s lowercase “s” into an uppercase one) barely rates a mention.

The only component of this bloc not imploding is the “I”: India—a country long known for strong potential and feeble performance. Indeed, India is set to become one of the fastest-growing major economies in the world over the next several years. In 2016 its GDP is expected to expand by 7.5% to 8%, a significantly stronger number that we can expect in China—though from a much lower base.

India, it should be emphasized, has a long way to go. More than 170 million of its people live on less than $1.90 per day, according to the World Bank. (China’s per capita income in 2014 was nearly five times as high as India’s $1,596.) And the subcontinent remains a rural land, with nearly half of all jobs there related to agriculture. It won’t become an urbanized, industrial power this year or next.

Yet India is benefiting from some important current trends. Its growth depends little on exports, limiting India’s vulnerability to slowing economies elsewhere, and as a major importer of energy and other commodities, it has benefited greatly from the sharply lower prices of the past few years. Most important, it is a place brimming with confidence these days, as Prime Minister Narendra Modi’s economic reform process begins to bear fruit. Modi’s changes, in fact, are already opening India to private investment as never before, setting the country on a path toward becoming the emerging-market world’s biggest success story over the next several years.

Modi arrived with a bang in May 2014. His campaign, focused on strong leadership, corruption-free government, and rapid economic growth for all Indians, regardless of caste or creed, won over urban and rural voters alike and delivered Modi’s party—the Bharatiya Janata Party, or BJP—the largest majority in India’s lower house of Parliament in 30 years. He has since built broad popular support for reforms needed to improve the country’s business climate, trigger rapid economic development, and establish much more efficient government—moves that have brought a surge in foreign investment. In high-profile and emotional speeches, he has startled and delighted audiences with plain speaking on social issues ranging from gender inequality to the country’s chronic shortage of working toilets. And he has expertly used new media to engage with India’s soaring population of lower-middle-class youth.

To be sure, there have been notable setbacks for the Prime Minister and his party. Elections to the Delhi assembly earlier this year and a vote this fall in the northern state of Bihar undermined the perception that Modi can get whatever he wants. He can’t. The BJP and its allies control assemblies in just 11 of India’s 29 states, and because lawmakers in India’s upper house are indirectly elected by state legislatures, the BJP will continue to lack a majority there for the foreseeable future. Though it isn’t particularly popular these days, the opposition Congress Party used its leverage in the upper house earlier this year to obstruct key elements of Modi’s legislative plan from advancing. Communal tensions are also damaging Modi and the BJP because many Indians continue to associate the party with Hindu chauvinism. (Some BJP members and its coalition ally, the RSS, still publicly champion some fairly extreme views.)

Despite all this, Modi’s approval ratings remain above 70%. He has demonstrated unexpected flexibility by consulting with Congress Party leader Sonia Gandhi to advance changes that benefit them both. He has formed alliances of convenience with regional and caste-based parties to ensure that stalled elements of his agenda move forward in coming weeks. And the BJP has been expanding its support base, reducing its dependence on any one group at the ballot box.

Modi, for his part, has spent that political capital quickly and well—taking a machete to the thicket of overlapping permits and regulations that choke business and constrain growth. He is pressuring state governments to do the same and tax authorities to take a less hostile approach toward business. Local-level corruption remains endemic, and many state bureaucracies still move at a glacial pace. But important regulatory changes in land acquisition at the state level should improve the business environment. What’s more, Modi will probably soon win passage on a long-awaited national goods and services tax, which ought to sharply lower barriers to trade across state lines.

This coming year, he will face a number of particularly tough challenges as he pushes his legislative plans to boost employers’ freedom in hiring and firing workers and to open up the electrical power industry, now largely run by state-government-controlled firms, to private-sector companies—both of which are sure to bring intense union opposition. But Modi, at least, has recent history on his side. Past efforts to lift restrictions on foreign direct investment (FDI) in the defense, railway, construction, and retail sectors have already made a difference. Total FDI surged a remarkable 27% in fiscal year 2014–15, and it will climb higher this year. These are the kind of numbers that folks betting on India have been waiting for.

Modi has proved as creative as he is forceful. He has persuaded some reform-minded state leaders to take advantage of constitutional provisions that allow them to rewrite national-level legislation on certain restrictive land, electricity, and labor rules. And his government has created an annual state-level “ease of doing business” index to map progress and intensify peer pressure on underperforming local governments.

The Prime Minister has also raised India’s global profile and enhanced its influence by supplanting multinational meetings with bilateral summits—an approach that has brought the country closer to (and facilitated investment from) Japan, Europe, and the U.S. Likewise, Modi has built better relations with Indian Ocean neighbors. Most important for the country’s future, he has pushed past traditional Indian suspicion of regional rival China to engage Beijing and draw substantial Chinese corporate investment.

The “Modi effect,” in sum, has been remarkable, keeping the “I” of those old BRICS on the prize of economic revitalization. That said, it is probably—make that certainly—too early to bury the others. China remains strong and stable, and its slowing economy will not limit the extension of its international influence. Brazil may be getting exactly the crisis it needs to set the country on a path toward better governance and sustainable long-term growth. Russia’s financial reserves and smaller population ensure that it’s not headed over a cliff soon. And South Africa’s African National Congress will (eventually) have to change if it is to regain lost support from urban young people.

India, though, reminds us that some emerging markets can do what few major economies have done of late—and that is to evolve. Narendra Modi, at the very least, can take a long, slow bow for that.

Ian Bremmer is the president of Eurasia Group and author of “Superpower: Three Choices for America’s Role in the World.”