Why Airport Wi-Fi Is Getting Faster and More Reliable 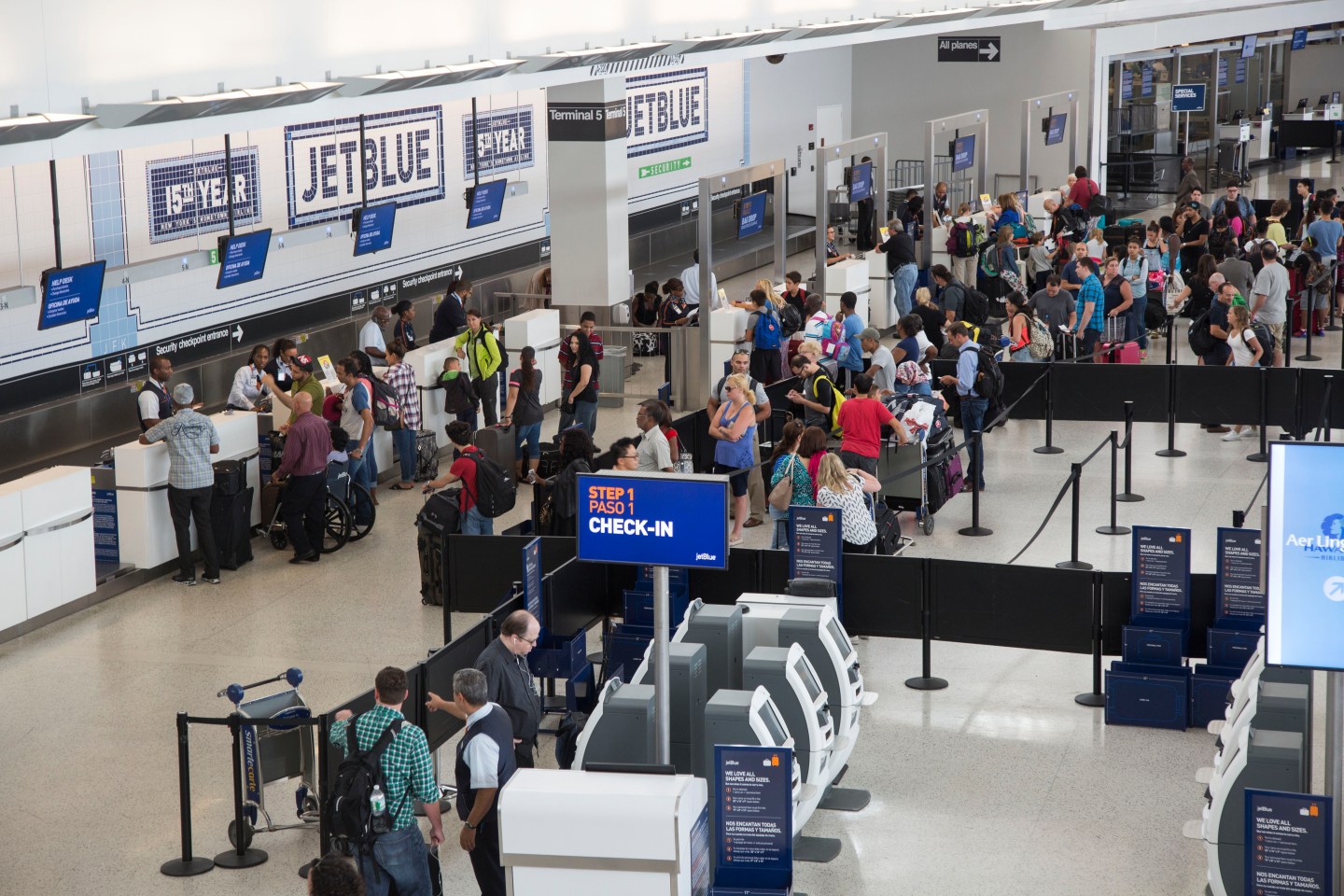 Holiday travelers flying through New York or Chicago might want to take a second look at airport Wi-Fi, which isn’t known for being the speediest internet connection.

Boingo Wireless announced Monday a new “tiered” Wi-Fi system for airports that promises faster speeds and a more reliable connection. Paying customers can now access a 20 Mpbs internet connection that tops out at download speeds of 50 Mpbs, or opt for a free tier that comes with a 5 Mbps connection.

Here’s how Boingo’s SMART networks work: Travelers who don’t want to pay for Internet access can get free ad-supported Wi-Fi from Boingo, but depending on the airport, access might be limited to 30 or 45 minutes. Users who who buy a “day-pass” for $7 or $8 that provides 24-hour access will receive minimum speeds no lower than 10 Mbps. Subscribers to Boingo’s $9.99 monthly plan will receive a 20 Mpbs wireless Internet connection.

While Boingo’s new service is faster, it probably won’t beat your connection at home. The Federal Communications Commission defines home broadband Internet as a connection with a minimum download speed of 25 Mbps.

It’s important to note that Boingo is listing minimum speeds, and users might be able to pull speeds faster than advertised depending on network congestion—for instance, if you’re the only person in a terminal early in the morning. “With all three tiers, depending on the bandwidth that’s available, you’ll be able to get faster speeds than (listed),” Marc Patterson, VP of products for Boingo, told Fortune.

WATCH: For more on the origins of Wi-Fi see this video.

Boingo (“WIFI”) is planning to expand its new networks to additional airports in the future. It started to build the new networks at the seven participating airports about a year ago. “We’ve added access points, which increases coverage. There’s an increase in bandwidth that’s serving the airport, and that’s addressing the capacity piece,” Patterson said.

Although airport Wi-Fi is known for being somewhat disappointing, Boingo’s new networks are a clear recognition from the company that travelers increasingly rely on mobile devices such as smartphones and tablets to kill time and get work done while waiting for flights, and often connect more than one device to the Wi-Fi network. A recent study found that 74% business travelers would choose Wi-Fi over a cellular connection.

According to Boingo, beyond faster speeds, one primary advantage to the new networks should be that they are more reliable, and travelers should be able to find strong connections even in remote parts of a terminal.

“Once they become SMART networks, the coverage area in all cases is much wider, ” Patterson said. “You should expect to get a higher performance experience when you’re on these networks.”