Is Amazon Plotting an Air War on FedEx? 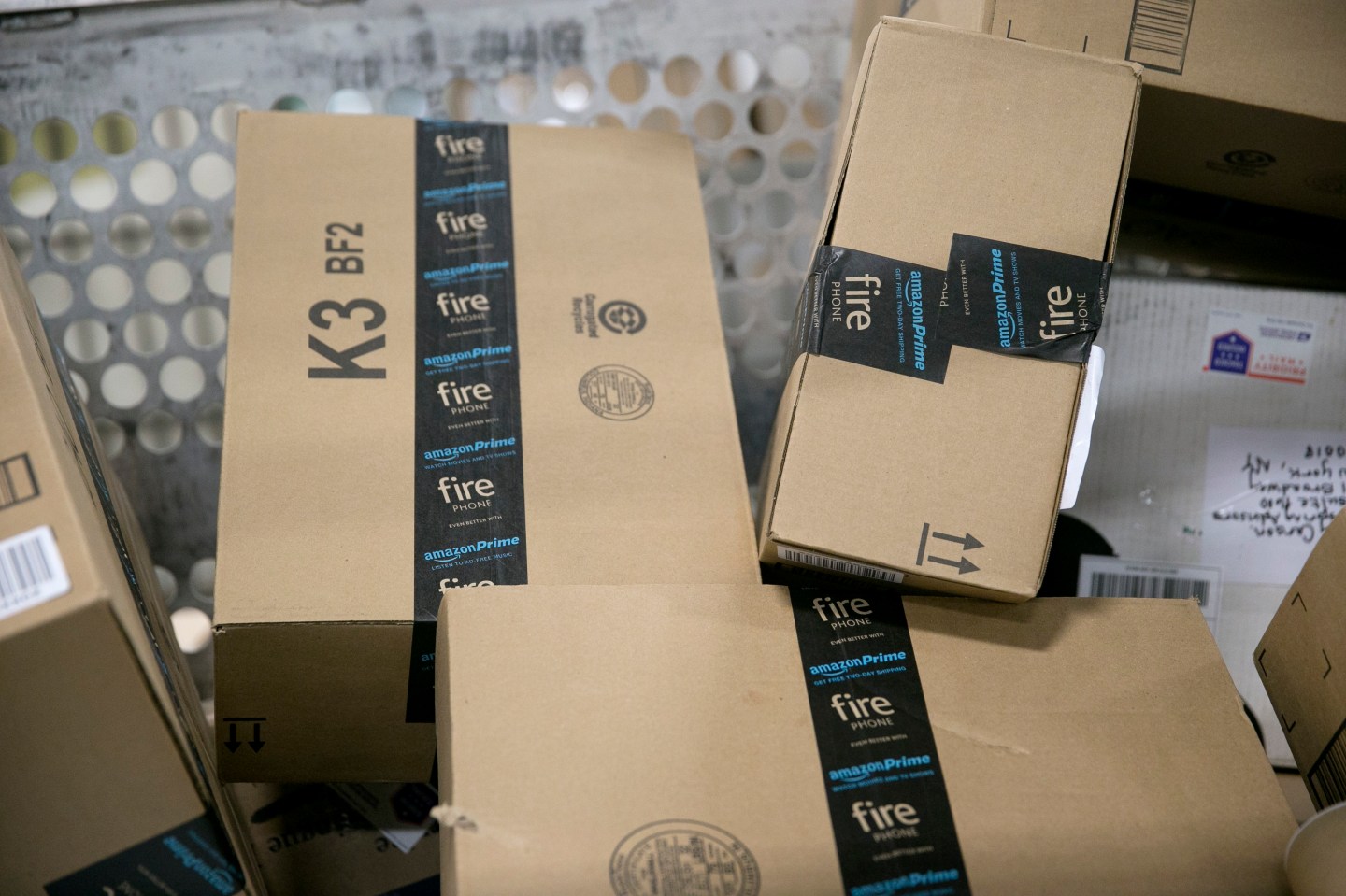 Amazon may be gunning for UPS and FedEx, a new report says.

The e-commerce giant is negotiating to lease 20 Boeing (BA) 767 jets to transport products and get them to customer homes more quickly, the Seattle Times reported, citing people in the cargo industry who have knowledge of the plans. The strategy would reduce Amazon’s reliance on shipping companies like UPS and FedEx and potentially create a new rival to them.

Amazon (AMZN) declined to comment about any negotiations or future shipping plans.

What is clear is that Amazon’s shipping costs have been skyrocketing. The company spent over $8.7 billion on shipping in 2014, up from $6.6 billion in 2013. Creating a logistics service could dramatically lower those costs.

Amazon could also decide to handle shipping for other companies, much like it already does with data center services. If so, it would put it in direct competition with UPS (UPS), FedEx (FDX), and the U.S. Postal Service.

But not everyone is so sure that creating a shipping giant is really what Amazon intends. Michael Pachter, an analyst at Wedbush Securities, argues that leasing 20 planes won’t be enough for Amazon to even come close to handling much of its shipping needs.

“Twenty planes doesn’t buy them much,” Pachter says. “It is far more likely a logistics move than a replacement of FedEx. I expect they will use them to support their current distribution network rather than to eliminate FedEx from the equation. For example, they could support Belgium from France and Denmark from a German fulfillment center with these jets.”

Leasing jets could be costly. Industry experts told the Seattle Times that Amazon could pay up to $325,000 monthly to lease one jet, for example.

Time has become one of the most important differentiating factors in e-commerce. As some major brick-and-mortar retailers increase their online presence and offer quick in-store pick-up, the Internet-based Amazon needs to keep pace. The company now offers same-day delivery through its Prime Now service in select cities, and is looking to expand that offering in the coming year. Like some its offline competitors, Amazon also delivers groceries to its customers in certain markets.

Meanwhile, Amazon (AMZN) has been exploring other ways to sidestep traditional shipping companies. In 2013, for instance, Amazon announced plans to create a drone-delivery service. While still in testing, the idea is to get small packages Amazon customers order to their homes within 30 minutes.

As far as cargo planes go, Amazon is said to be already dabbling at operating an air fleet. Vice’s Motherboard reported in September that Amazon had a secret operation codenamed Aerosmith to operate a small number of cargo planes.

That report said that Amazon had partnered with Ohio-based company Air Transport Services to run a trial air-shipping and logistics operation out of Wilmington, Ohio. Although Air Transport would not confirm the name of its client, it did say that an unnamed company had leased two Boeing 767s from airline ABX and another two from Air Transport.

In October, a report from DCVelocity, a trade publication for the logistics industry, said that Amazon had started to hire “high-level” executives to operate the company’s logistics transportation network. The report, which cited people who had knowledge of Amazon’s plans, said that the executives would help Amazon do “whatever it takes to serve every community” across the U.S. and ultimately guarantee delivery to customers within a two-hour window.

In the past, Amazon has had friction with its shipping partners. Last year, for example, Amazon said that it would examine its shipping options after many customers failed to receive their orders in time for the holidays in 2013. Amazon blamed the snafu on UPS and FedEx.

The Seattle Times said that Amazon would make a final decision next year about any future logistical push and may announce something at that time.

For more on Amazon’s futuristic efforts in drone shipping, check out the following Fortune video: