Larry Summers Says the Fed Is Walking Into a Trap 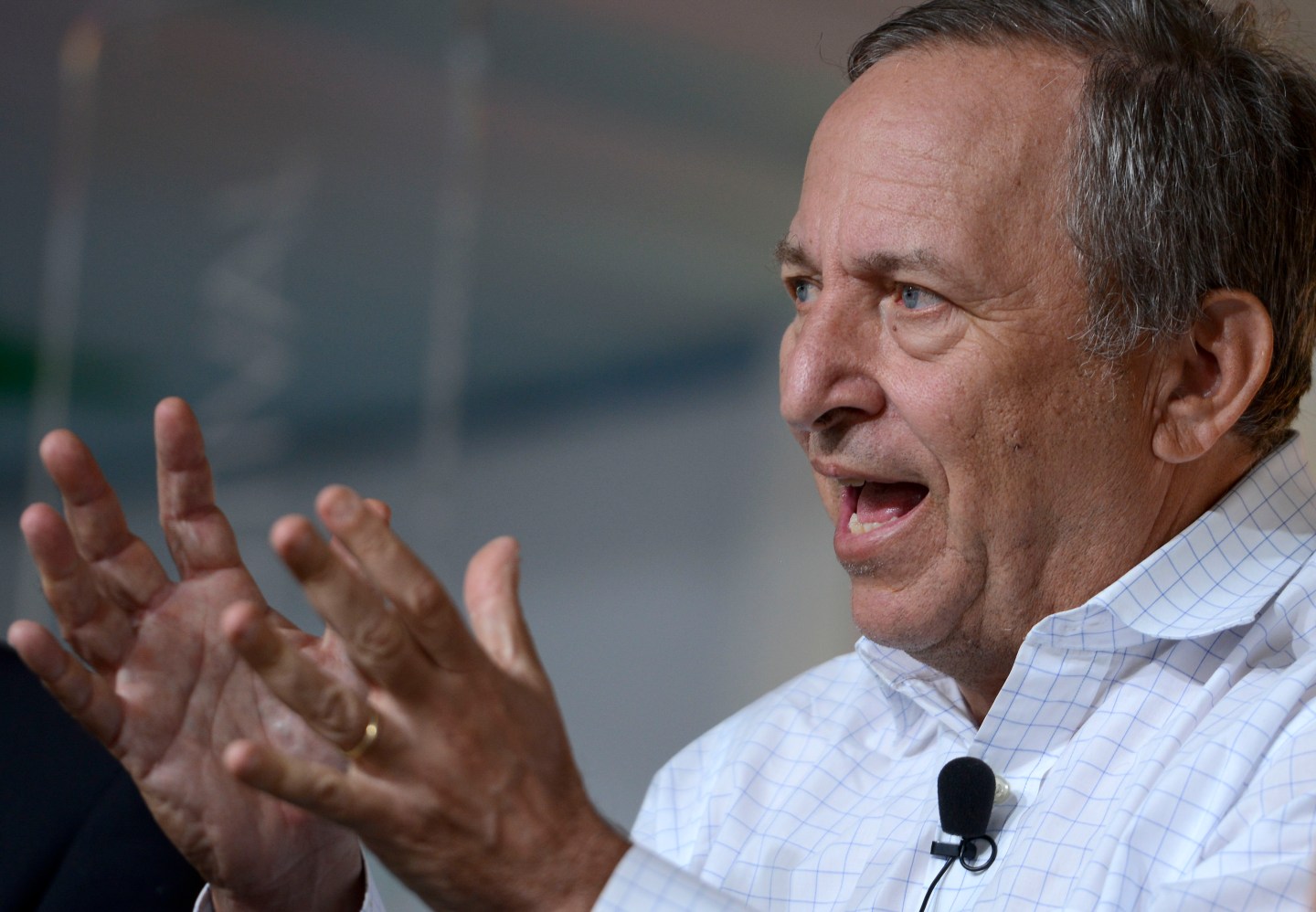 If Larry Summers were Fed Chair, it would be unlikely that we’d be preparing for the first interest rate hike in nine years this afternoon.

The former Treasury Secretary and Obama Administration economic advisor has come out forcefully on his blog and in interviews against the Fed’s apparent plan to raise rates, arguing that the risks of raising them too soon—like smothering the economy recovery—far outweigh the risks of excessive inflation that may be the result of waiting too long.

On the other hand, Summers believes it’s too late now for the Fed to change course, since its communication leading up to Wednesday’s meeting has so strongly signaled a rate hike.

“Given the strength of the signals that have been sent it would be credibility destroying not to carry through with the rate increase,” Summers writes.

In other words, today’s decision was already made when Janet Yellen and company decided to communicate to markets that a rate hike was coming. But that doesn’t mean that the Fed needs to now commit to a policy of even slow-but-steady rate increases in the months and years ahead.

“I hope the Fed will not now invest its credibility in signaling further increases until and unless there is much clearer evidence of accelerating inflation,” he writes.

But Summers also argues that the Fed is ultimately damned, no matter what it does. That’s because the next recession, which is likely only a couple years away, will come well before the economy is ready to handle interest rates of 3% or more. As he told Marketplace:

In the past, Summers has argued that the only way to save the U.S. economy from a recession that the Federal Reserve is helpless to reverse (because interest rates are already so low) is for the federal government to borrow at today’s historically low interest rates and use those funds to invest in economically productive stimulus, like building our and repairing American infrastructure.