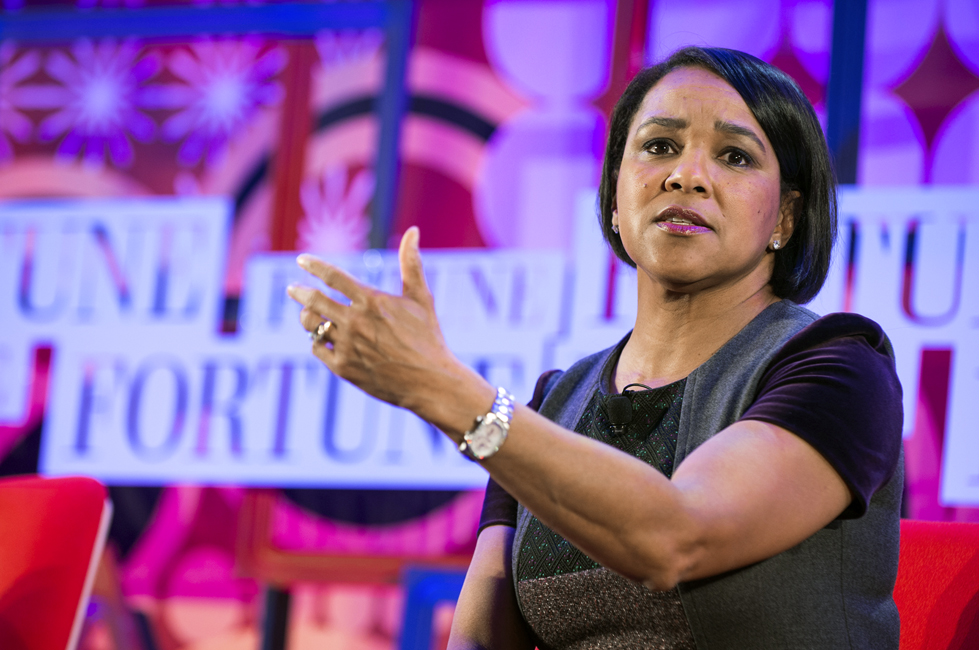 As a co-chair of Fortune’s Most Powerful Women Summit and the editor of Fortune’s 50 Most Powerful Women in Business list, I spend a lot of time thinking about the lack of diversity at the top levels of Corporate America. My conclusion, sadly, is that while there are more women and people of color in the corner office than there used to be, the rate of change is still glacial. To wit: A November 2015 S&P Capital IQ report says that one additional female CEO joins the S&P 500 index every two years, suggesting that in order to double the current number of 21, we’ll need to wait 40-plus years (and that would still be a pathetic ratio).

So when I hear CEOs like Rosalind Brewer of Sam’s Club talk about diversity, I’m happy. And when I hear her say things like change needs to come from the top and that she intends to speak to the head of one of her suppliers about the lack of diverse faces around the table, I know—from speaking to both men and women alike about what works and what doesn’t—that this is one of the only ways to promote real change.

Although Brewer is both a woman and African-American, even white guys are beginning to understand that a heterogeneous management team yields better information about customers and a broader strategic perspective. Says Deloitte Chairman Mike Fucci, who has made boosting diversity both at Deloitte and at its clients one of the main goals of his four-year term: “We need to make sure we look like the rest of the world.”

But not everyone had the same reaction I did. Indeed, after a clip of Brewer discussing diversity with CNN’s Poppy Harlow went viral, it unleashed a tweetstorm of calls to boycott Sam’s Club because of its “racist” CEO. “Black female CEO is Anti-White. Let’s get her fired,” tweeted @_alt_right, just to name one. Others were uglier. The backlash was virulent enough that Walmart (and Sam’s Club parent) CEO Doug McMillon issued a statement on her behalf. “For years, we’ve asked our suppliers to prioritize the talent and diversity of their sales teams calling on our company,” he said. “Roz was simply trying to reiterate that we believe diverse and inclusive teams make for a stronger business. That’s all there is to it and I support that important ideal.”

I wish I could say I was surprised by the tone of so many of the responses, but I’m not. Race and gender remain hot-button issues. But at the same time, pretending that there is any moral equivalence between racists and pro-diversity executives is absurd. Brewer was simply saying what many enlightened CEOs know to be true—that more points of view are good for business—and supporting a policy that’s been in place at Walmart (WMT) since 1994 (see its page on supplier diversity here).

Could Walmart, Sam’s Club, and the world do a better job with diversity? Sure. Does talking about it make Roz Brewer a racist? Nope.