These Star Wars Toys Just Sold for an Absurd Amount 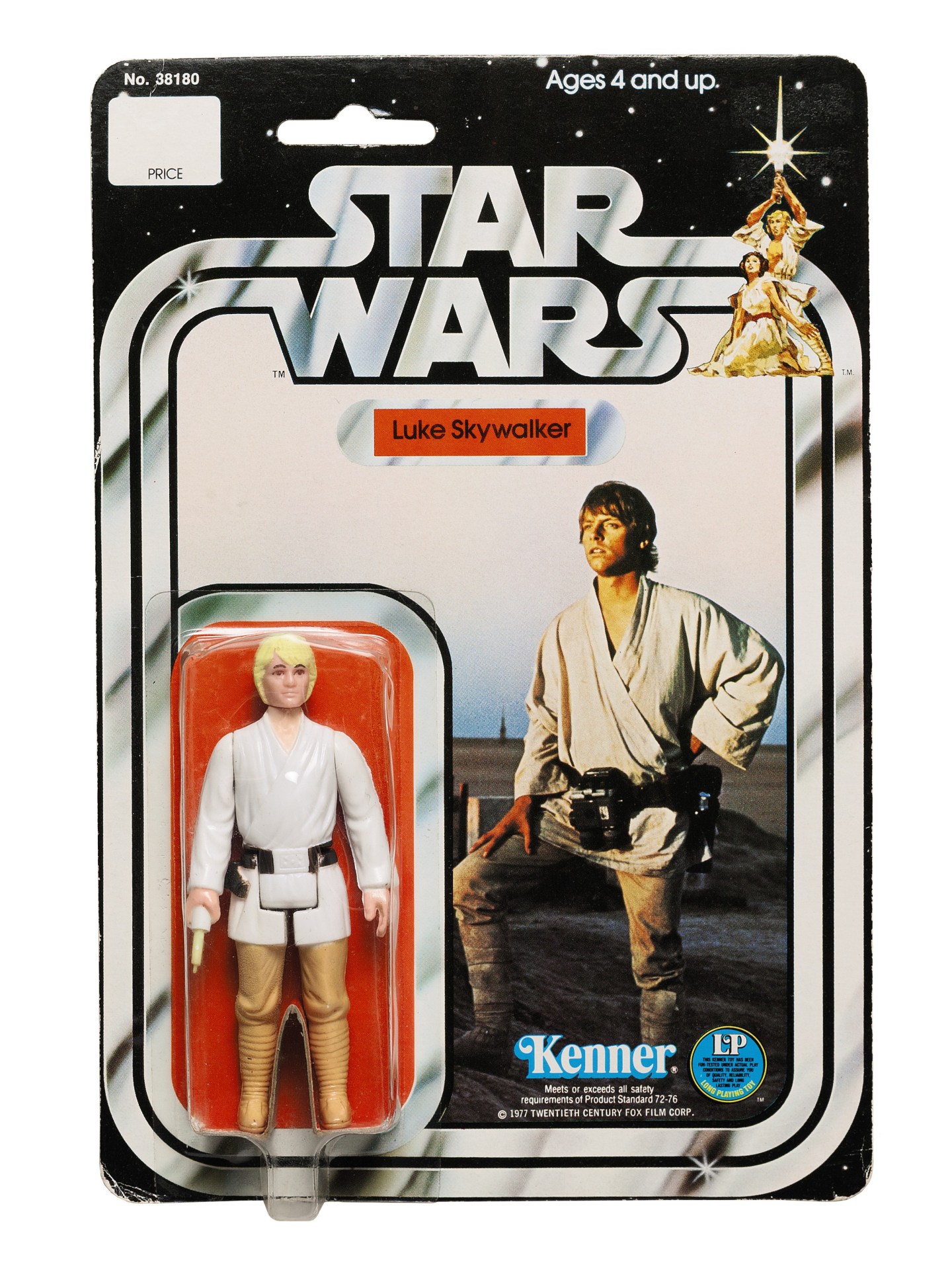 Need proof that Star Wars hysteria is reaching an all time high? Sotheby’s has some pretty convincing evidence.

An auction of action figures from the original trilogy of films and replicas of props used in the movies (replicas, mind you – not the actual props) collected over half a million dollars, with one rare Luke Skywalker figure selling for $25,000.

The toy in question was a boxed action figure of the series’ hero with a two-piece double-telescoping light saber from 1978. There are only 20 such toys known to exist and the serial number indicates it was one of the first Star Wars toys to come off of the assembly line.

The collection came from Nigo, the founder of A Bathing Ape clothing line. The Japanese designer and music producer, who has long cited the film series as a source of inspiration, amassed the sizable collection of rare Star Wars collectibles over 30 years.

“Star Wars has a bigger story. It has a dream,” he said in a video accompanying the auction.

Sotheby’s first auction centered around Star Wars did have some rarities. Many of the unused backing cards for toys are uncommon because of their use of the term Revenge of the Jedi – the original working title of the third film, which was later changed to Return of the Jedi.

And the Skywalker figure that commanded such a premium (more than double the initial estimates of $12,000-$18,000) was only sold for a short time, after Kenner responded to fears that the toy’s long lightsaber could poke kids in the eye.

While the action figure was perhaps the most notable sale, it did not command the auction’s highest bid. That honor went to a seven-figure multipack of characters from The Empire Strikes Back that was sold through Canadian Sears stores. While it was expected to sell for between $8,000 and $12,000, it ultimately brought in $32,500.

A set of 62 commemorative coins released from toy manufacturer Kenner was sold for $27,500. A cardboard store display, created as a placeholder in 1977 when Kenner was caught unprepared for the film’s success and let people pre-purchase action figures for the holidays, sold for $20,000. And a Boba Fett action figure from Hungary from 1989 saw bids reach $15,000 – three times the highest estimate for the toy.

The auction was timed, not surprisingly, to coincide with the release of Star Wars: The Force Awakens, which has already sold more than $50 million in advance tickets and is expected to smash box office records upon its release Friday.

Disney (DIS) has certainly not been shy about lending the Star Wars name to new toys as the launch of The Force Awakens nears. And, as some retail leaks have shown, there are several other toys and pieces of merchandise that will be released once the film is in theaters.

As a result, collectables from this series are unlikely to command such premiums at future auctions – but that’s not likely to be a concern for the kids they’re targeted at (though the adult buyers perfectly parodied this weekend on Saturday Night Live might disagree).