Star Wars Could Break Box Office Records After This News 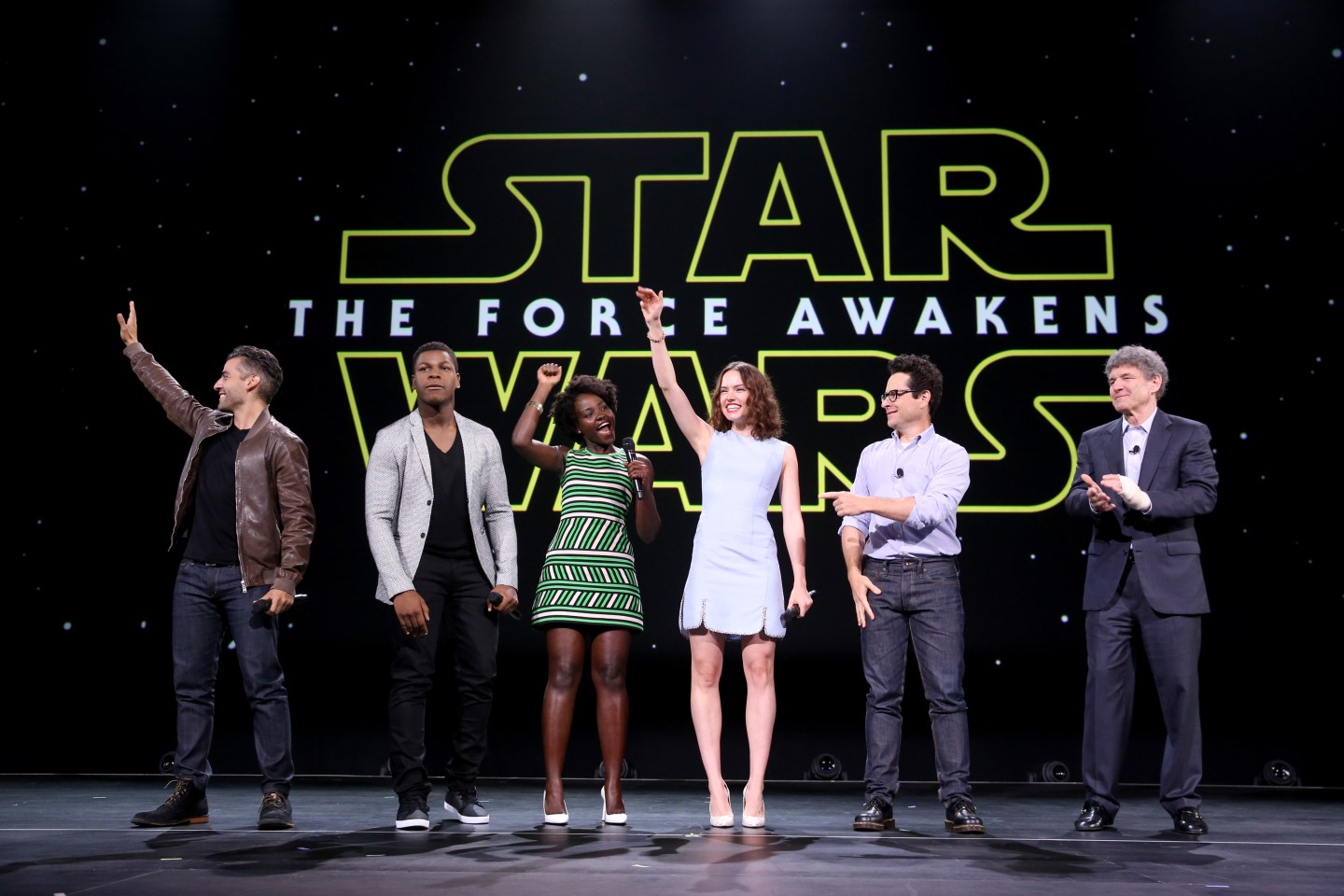 Advanced ticket sales for Star Wars: The Force Awakens have already exceeded a reported $50 million, four weeks from the opening of one of the most eagerly awaited movies of all time.

Movie booking site Fandango told Variety that the film has become the biggest pre-seller in the history of the ticketing company, besting the inaugural installment of The Hunger Games. Imax screenings account for about one-third of the advanced tickets for the Star Wars film so far, and have doubled the previous pre-sales record of about $9 million, an Imax spokesman told the Wall Street Journal.

“Movie theaters are continually adding new show times on Fandango to meet the phenomenal demand. The enthusiasm for this year’s most anticipated movie is out of this world and we expect it to continue all the way to its debut on December 18,” Fandango said in a statement to The Hollywood Reporter. Fandango’s website briefly crashed hours after advanced ticket sales opened for The Force Awakens.

All this sets up The Force Awakens—the seventh chapter in the Star Wars franchise that takes place 30 years after The Return of the Jedi—to break the record for the highest grossing opening weekend at the box office. That record was set by Jurassic World in June with $208 million, and Hollywood box office pundits are expecting to “handily” beat that number, reported the Journal.

Of greater interest, however, is the all-time box office record figures held by Avatar, both in worldwide terms ($2.7 billion) and in domestic ticket sales ($760 million). For that to happen, Star Wars will have to break through in a usually crowded December period for movies, a month where no film has broken past $100 million in its opening weekend. The global ticket sales record will also depend on reception in countries like China and Russia, the Journal notes, where Star Wars is not quite the phenomenon it is in the U.S.

The Force Awakens is also set to be one of Disney’s biggest priorities, as outlined in our story on the franchise’s financial potential. Aside from the box office, Disney (DIS) could see $5 billion in branded toys, video games, and other products in 2016 alone.

The Force Awakens opens in theatres on Dec. 18.