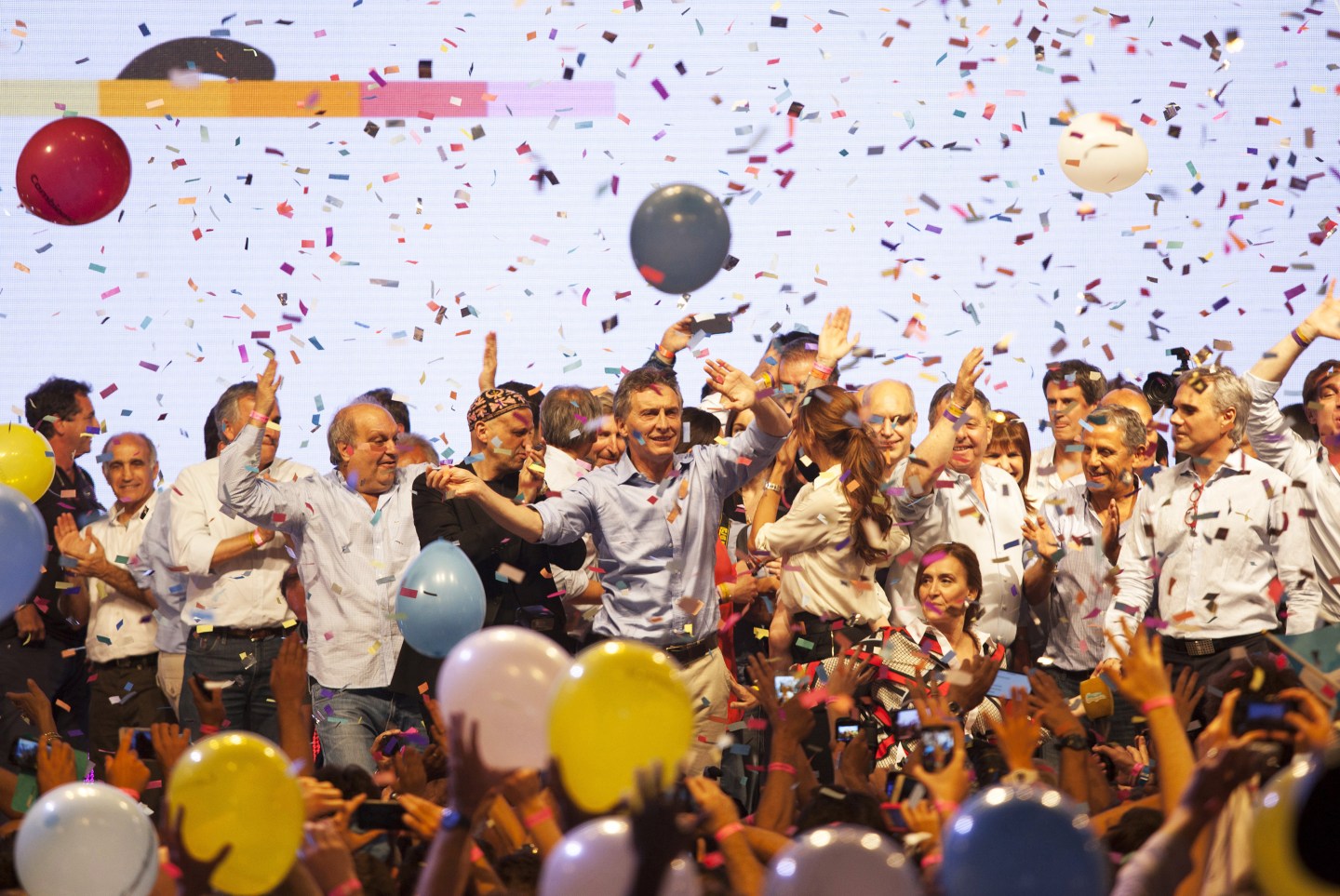 As Mauricio Macri was sworn in as president of Argentina this month, he is hoping to make true his promises of “change.” It’s been over 100 years since Argentina elected a president outside of the populist options of Peronists or Civic-Radicals. His election is a groundbreaking event not just for Argentina, but also for Latin America.

Since 1916, all Argentine presidents have either been from the two major Parties (Radical Civic Union or Peronists) or the result of a military coup-d’état. In that sense, Macri’s election is an attainment of historical proportions—breaking a century-long pre-eminence of these parties. For those unfamiliar with Argentine politics, both parties have a contentious relationship with wealth and wealth creation, have a populist policy bias, embrace class warfare rhetoric, and abominate and repress economic differences. So the fact that the majority of Argentinians have chosen a white, blue-eyed and several times a millionaire for president seems to challenge prevailing sociological findings of how Argentinians choose their leadership.

Moreover, his election is relevant for Latin America. President-elect Macri is already making strides on regional affairs. Over the last decade, Latin American leadership leaned towards different renderings of populism from Venezuela’s regime, with a totalitarian bent, to Uruguay’s social-democratic center-to-left administration. In Macri’s speech following first-round election, he made a clear statement that Venezuela’s regime is violating human rights by incarcerating opposition leaders like Leopoldo López, who was prosecuted on charges of a dubious nature. This was not just an opinion; rather a commitment to Lilian Tintori (wife of Leopoldo López) who was on stage when Macri announced to his followers the result of the election.

But the true test of Macri’s presidency will be breaking Argentina away from a century of populism. Consecutive populist administrations have produced an economic organization marred with red tape, price interference, obstructive regulations and arbitrary and corrupt regulators that have deterred investment and progress. Populism is like a disease. Its rhetoric is like a bewitching song, enchanting and alluring a population with simple, yet powerful Manichean orderings. When things don’t go as expected (as they often do), foreign foes or domestic dissidents are to blame, and the cycle is reinforced with more economic and financial repression, more belligerent rhetoric and leanings towards totalitarian control. It is a hard cycle to break.

But Argentina was not always like this. It was once a fairly well-organized country that competed with the U.S. as a promising destination for immigrants. By 1914, it was the 10th largest economy in the world — with income per capita and life expectancy exceeding that of most European countries. Between 1900 and 1916, Argentina tripled its industrial production, doubling the number of industrial ventures. Standard of living also improved, with 40% of the population in the middle class. Such was Argentina’s break-neck progress that in Paris there was a popular expression “Riche comme un Argentin,” which translates to “wealthy like an Argentinian.” Even in the 1920’s, Argentina’s cost of credit was marginally higher than that of the United Kingdom, and its stock market was liquid and deep with return patterns that suggested the country was well intertwined with the global flow of funds and economic cycles.

Between 1870 and 1930, Argentina’s economy grew at 6% annually, the fastest in the world. So much immigration flew to the country that by 1914, half of Buenos Aires’ population was foreign born. The country’s education system at the turn of the century had achieved an astonishing reduction in illiteracy rates and was admired and copied throughout the region. Its subsequent decline has been subject of many analyses and interpretations and has puzzled economists and scholars for many years.
Several reputed scholars maintain that Argentina’s decline can be traced back to the rise to power of today’s majority parties. In 1916, Hipólito Yrigoyen from the Radical Civic Union party was elected, marking the dawn of a century-long cycle of “populist democracy” (charismatic unobstructed leadership as opposed to democratic pluralism) often interrupted with nationalist-conservative repressive military regimes. Argentina’s ensuing political instability went hand-in-hand with incremental government interference in markets and prices (which none of these political actors trusted). Consequently, property rights were undermined and inflation was introduced to finance excessive public expenditures. This economic mismanagement was accurately characterized as “capitalism without markets and socialism without a plan.”

For all these reasons, President Macri’s challenges seem overwhelming. Argentina is currently in default with creditors for the second time in 13 years after reneging a New York Court order to pay holdouts. It has the third highest inflation rate in the world. The country’s fiscal deficit is similar to those of the last two crises: 1989-1990 hyper-inflation and 2001-2002 deflation bank run and disorderly exit of the currency board. This fiscal deficit is at a time of record tax burden that represents 46% of GDP by some estimates, with 18 million people receiving some form of government support roughly 40% of the total. The tailwind of commodity prices has long subsided and the era of cheap capital is set to end sooner rather than later. He also leads a heterogeneous coalition and Peronism holds simple majority in Congress. Last, but not least, the rule of law has been replaced by the will of the ruling majority.

Yet a more crucial development will be played by Macri if his moderate-realistic speech can win the hearts and minds of the Argentinians and inoculate them against the populist virus. It will have to be a tricky balancing act—while pursuing fiscal and monetary adjustment and reorganizing the economy under market incentives—to convince its people that there are gains to be achieved in the long run. For most Argentinians, it is self-evident that only governments can obtain social consent for transformative endeavors, not the private sector; and that market-based economic organization is prone to abuses thus requiring a vigilant sometimes arbitrary regulatory body to intrude for the greater good.
Only time will tell if Macri is able to successfully overcome those obstacles. But if he does, we may well see Argentina, once again, as a beacon of hope and admiration in the region of how to achieve progress and economic development.

Nicolas Rodriguez-Brizuela is a senior investor at Artisan Partners in the emerging markets equities team based in New York.