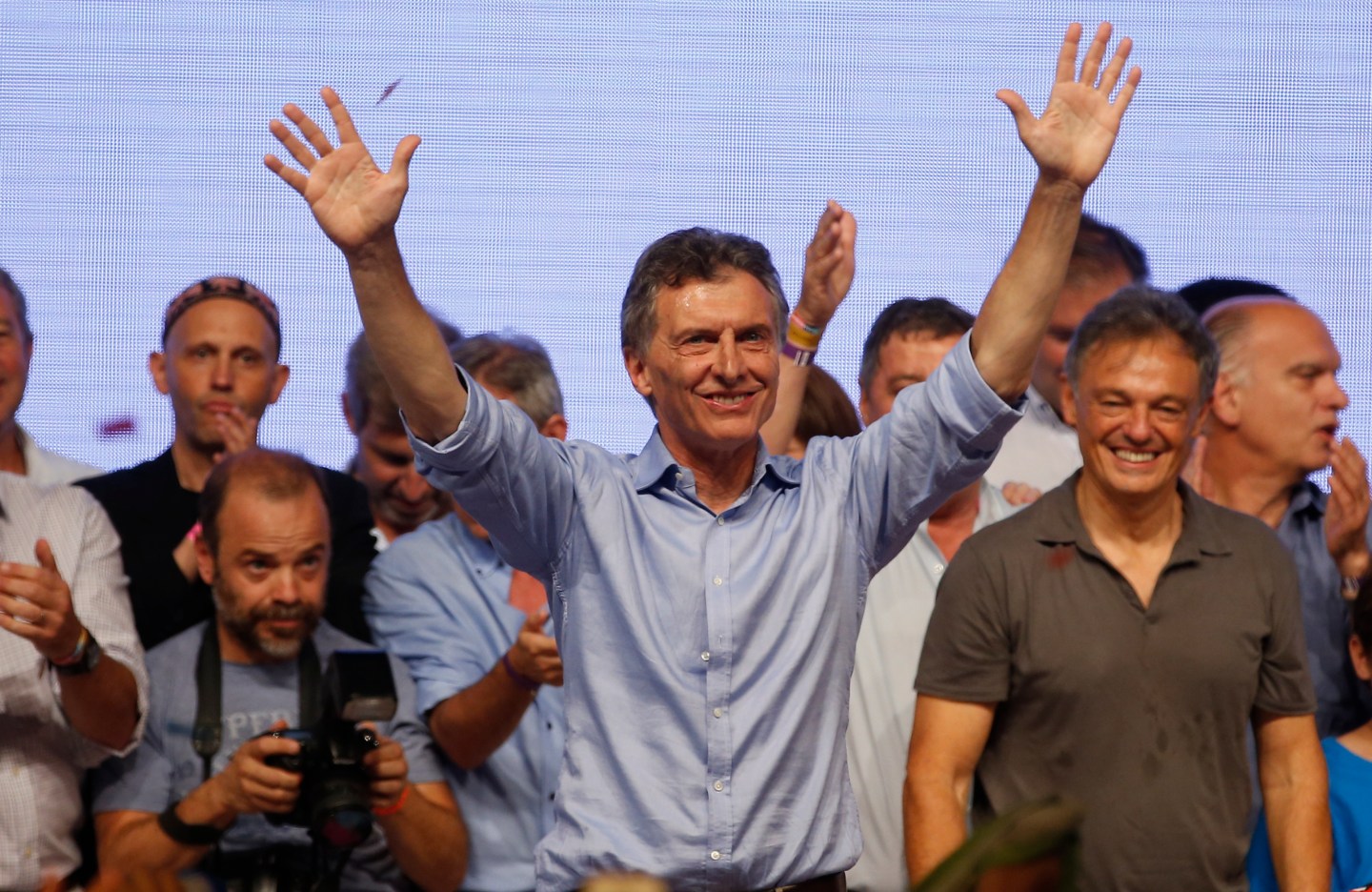 By Hugh Bronstein and Richard Lough

Macri began his 4-year term in a ceremony snubbed by his predecessor, Cristina Fernandez, following a spat over where the handover of power should take place.

The 56-year-old Macri, his wife and daughter were escorted by horeseback-mounted guards through streets packed with cheering supporters waving the national flag and yellow balloons, the color of Macri’s “Let’s Change” alliance.

In his first speech as president, the former center-right mayor of Buenos Aires vowed to grow the economy, lift all Argentines out of poverty and tackle endemic graft.

“Multiplying job opportunities is the only way to achieve prosperity where, today, there is an unacceptable level of poverty,” Macri told lawmakers moments after taking his oath in the National Assembly.

His victory delivered a hammer-blow to the Peronist movement that has dominated Argentine politics for much of the past 70 years and which will be ready to pounce on him if his planned reforms to the fragile economy unleash a new crisis.

Reading from a script, Macri did not provide any fresh details on how he would unwind capital controls and import restrictions, tame double-digit inflation or narrow Argentina’s yawning fiscal deficit.

They are tasks that will be complicated by a central bank running low on U.S. dollars and a festering debt row with creditors that isolated Argentina from global debt markets and plunged it back into default last year.

Macri’s nominee for finance minister, Alfonso Prat-Gay, said he would not overwhelm the country with a blizzard of reforms on his first day in office, and reiterated that capital controls would be lifted when conditions were right.

Macri promised to battle corruption and restore the judiciary’s independence which opponents of the Peronist movement say waned during Fernandez’s leadership.

“There can be no activist judges from any political party,” Macri said.

Fernandez’s eight years in power divided the country of 43 million people. She was adored by the poor for expanding the social safety net and defending workers’ rights, but reviled by others for heavy-handed state controls that hobbled the economy.

A forceful orator who thrived on confrontation, Fernandez’s absence from Macri’s swearing-in was the first time since the 1983 end of a military dictatorship that a president had not attended the inauguration of an elected successor.