Here’s the Apple Feature Samsung’s Next Phones May Steal 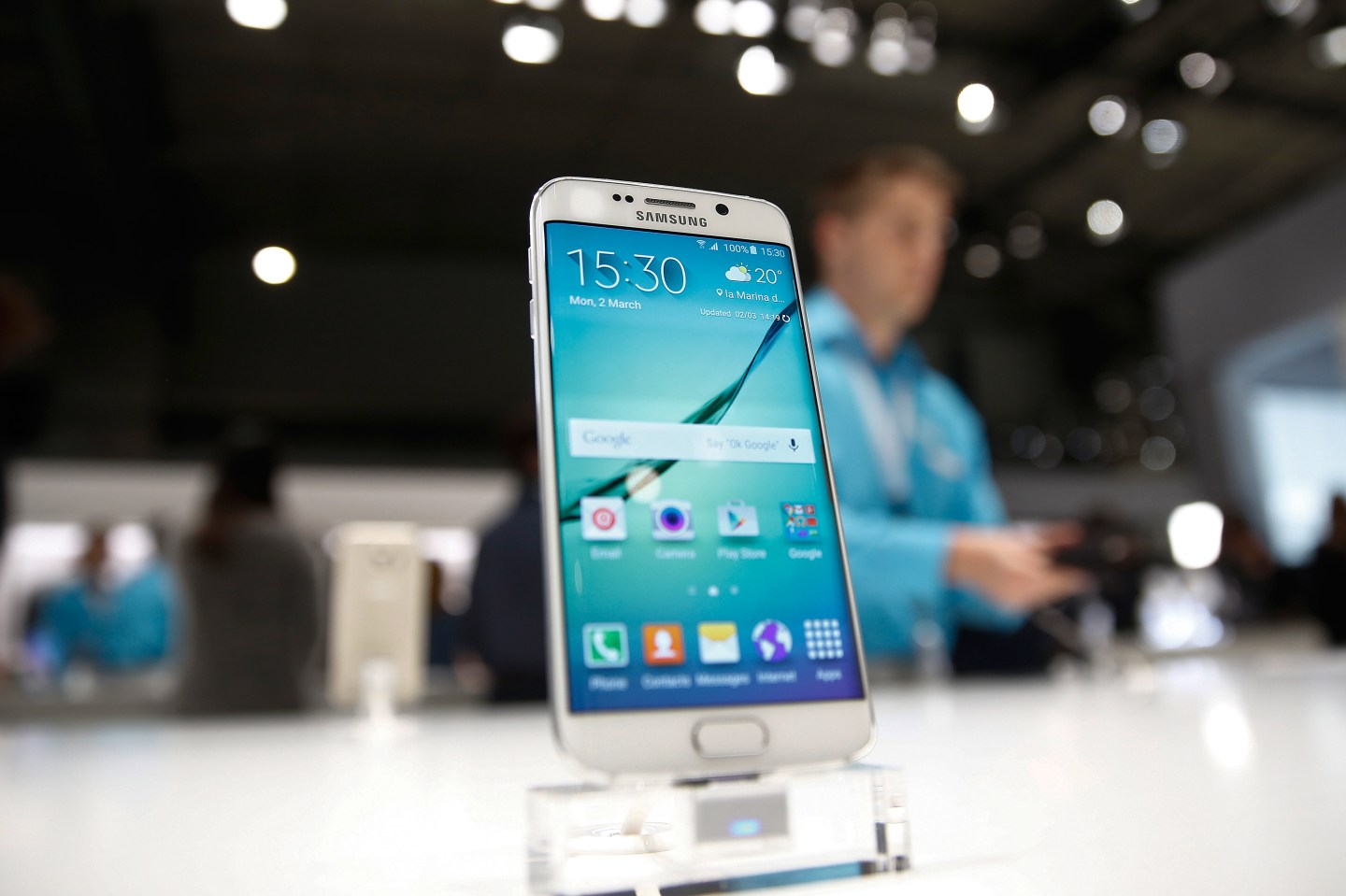 A Samsung Galaxy S6 Edge smartphone sits on display in the Samsung Electronics Co. pavilion at the Mobile World Congress in Barcelona, Spain, on Monday, March 2, 2015. The event, which generates several hundred million euros in revenue for the city of Barcelona each year, also means the world for a week turns its attention back to Europe for the latest in technology, despite a lagging ecosystem. Photographer: Simon Dawson/Bloomberg via Getty Images
Photograph by Simon Dawson — Bloomberg via Getty Images

According to the report, Samsung is planning to announce and release the Galaxy S7 and S7 Edge in March. Historically, March is when the company has announced its smaller screened Galaxy flagship smartphones. Most recently, the Galaxy S6 and S6 Edge were announced in March 2015, and were available to buy the following month.

A Samsung spokesperson declined to comment when contacted by Fortune, citing the company’s policy of not commenting on rumors or speculation.

The WSJ reports Samsung is working on two new headline features for the company’s upcoming smartphones.

The company will reportedly add a pressure-sensitive screen, similar to Apple’s (AAPL) 3D Touch feature on the iPhone 6S and 6S Plus. With a pressure-sensitive screen, the device can differentiate between a tap or a press on its screen and perform a specific task based on each input method. For example, iPhone users can preview emails within the Mail app by pressing harder on a message, instead of tapping on a message to open it.

Another feature Samsung is working on is adopting USB Type-C technology. By using the new connector technology instead of the older microUSB standard, data transfer and charging speeds should increase. The report claims the amount of time required to charge a device with “a full day’s charge” will shrink to just 30 minutes. Google’s (GOOG) Nexus smartphones, and Apple’s MacBook already use USB Type-C technology.

Additional details mentioned in the report also include Samsung bringing back expandable storage on the standard Galaxy S7, while the curved display S7 Edge is expected to lack the feature. Expandable storage and a removable battery, two key selling points Samsung had long used to differentiate itself, were removed from the company’s Galaxy smartphones in 2015.

Furthermore, Samsung is considering adding a retina scanner “to some versions of the phone,” says the report. A retina scanner would add another security feature, atop the current fingerprint scanner already found in Samsung’s smartphone lineup. Improvements to the phones’ low-light camera performance are also said to be included in the upcoming release.

Samsung recently shuffled around leadership of its mobile division, promoting Dongjin Koh to president of the mobile communications business. Former mobile president J.K. Shin, who had overseen the division during a period of declining sales, remains as the head of the overall mobile division. Samsung’s next smartphone launch will be the first under this new leadership, as the company attempts to get its mobile division back on track.

This isn’t the first time Apple and Samsung have sparred over similar technologies. For more on the companies’ ongoing patent dispute, watch this Fortune video: