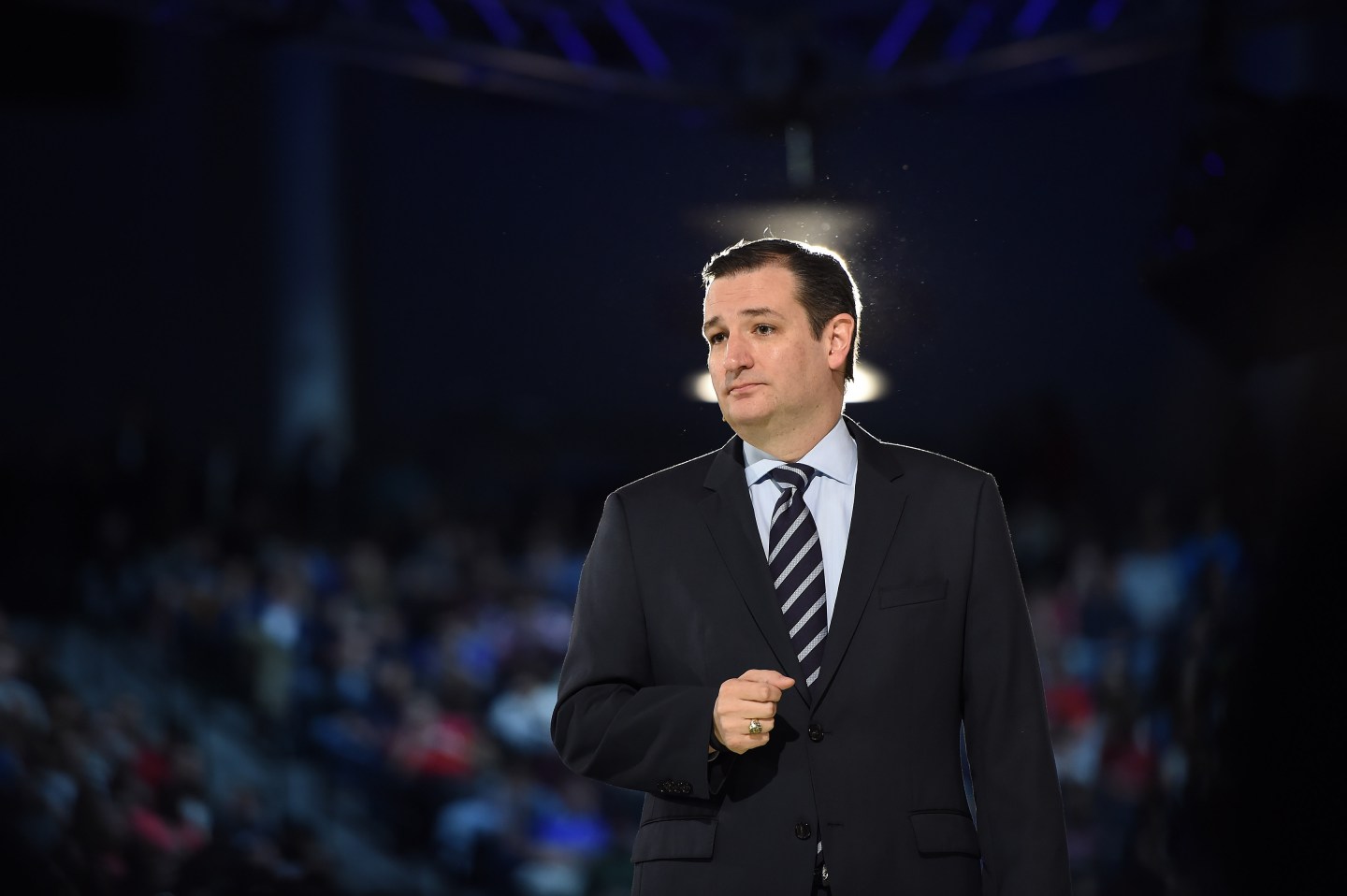 Real estate mogul Donald Trump is in first place, rising up 4 percentage points from a late October poll to 27%, which the Wall Street Journal reports is his highest showing of support in a Journal/NBC poll so far. Ben Carson was the frontrunner in the last poll with 29%, but has since fallen by 18 points, putting him in fourth place. Marco Rubio placed third with 15% support.

Cruz shot up to 22% from 10% in the late October poll. He appears to have benefitted greatly from Carson’s loss of support, specifically from “values voters” and “very conservative” voters. Among the former group, Cruz has seen his support rise by 13 percentage points, while Carson has seen his decline by 20; among very conservative voters, Cruz’s support has gone up 23%, and Carson’s has dropped by the same amount.

Jeb Bush received 7% of the voters’ support, putting him in fifth place.

The poll also measured how the top five candidates would perform if it were whittled down to just them. Rubio stands to gain the most, with an extra 6 points. The rest of the candidates jumped up two to three percentage points, but the sequence remained the same.