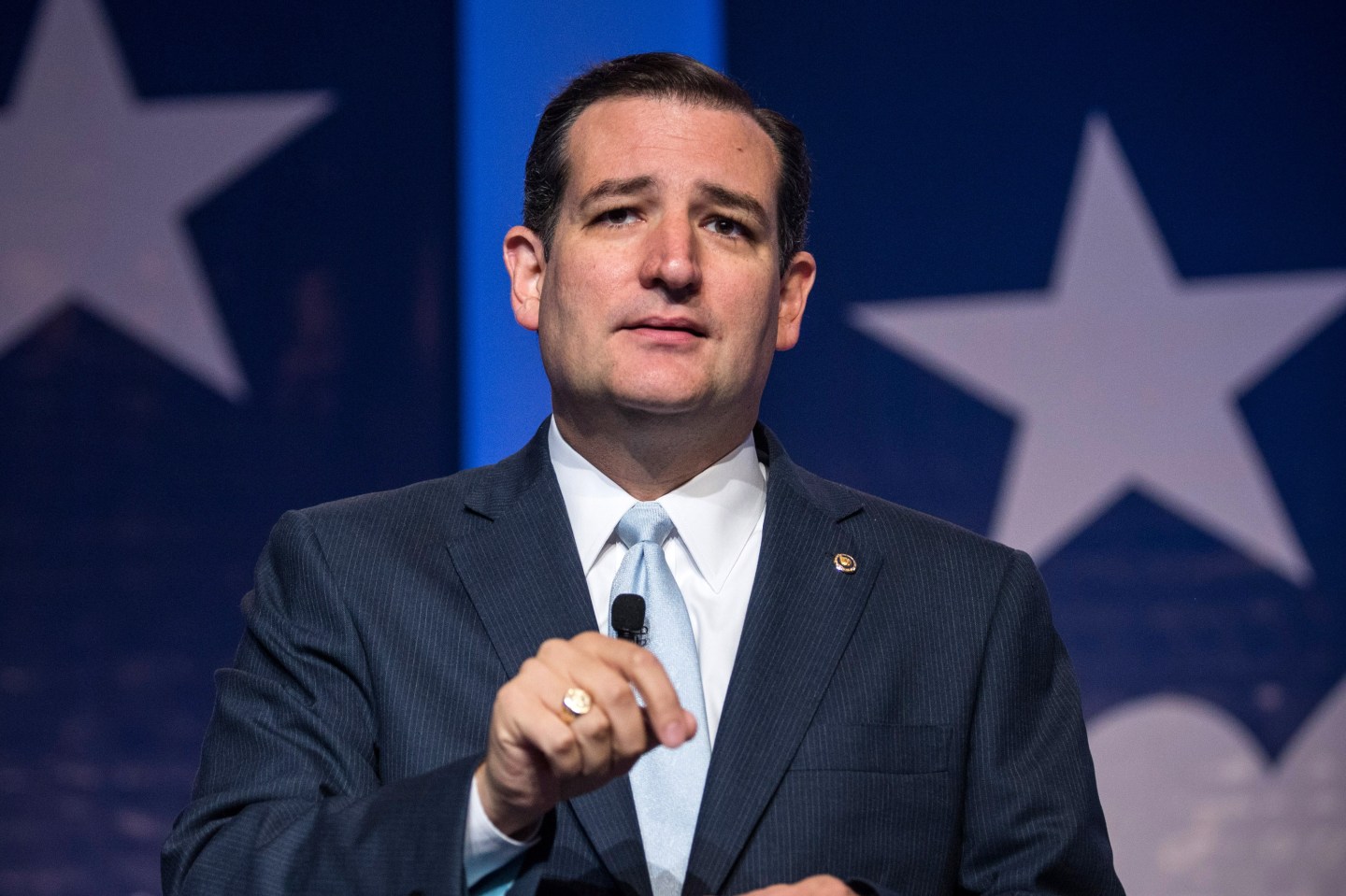 Republican Sen. Ted Cruz is tapping an unusual source of information to help his presidential bid. A little-known data company “embedded” within his campaign is providing it with access to millions of psychological profiles created by scouring information people post in their Facebook profiles, the Guardian reported on Friday.

The Cruz campaign has tapped Cambridge Analytica, the U.S. affiliate of the London-based behavioral research company SCL Group, to help it with a push to better target potential voters with ads. The company reportedly has a cache of Facebook “likes” that it is combines with existing political data like whether people vote in primary elections or own guns.

Federal Election Commission filings show that Cruz has paid the company $750,000 this year.

Cambridge Analytica’s data seems to come from a Cambridge University professor named Aleksandr Kogan, who started conducting a large-scale personality survey in 2014. He relied on Amazon’s Mechanical Turk service to find people who wanted to participate in the study in exchange for compensation.

But people who have never taken a Mechanical Turk survey might find themselves in the dataset, because Kogan’s company also captured the same data for each respondent’s friends. The vast majority of those contacts never gave Kogan permission to use their Facebook profiles.

Cambridge Analytica reportedly used the data to create the “psychographic profiles” based on their individual personality traits that Cruz’ campaign is now using to better target its online ads.

Historically, the Republican Party has been seen as behind the Democrats when it comes to sophisticated computerized voter targeting. But that may be changing as Republicans realize that technology-driven campaigns modeled after Obama’s 2008 run may give them an edge. Earlier this year, Cruz said one his goals was to bring a “disruptive app” to politics. The Cruz Crew app rewards users with points for turning over their contact list, among other data.

Other Republican and Democrat campaigns may be working with companies that sell similar data. In general, the federal government has few laws in place specifically focused on voter data.

For more about the presidential campaign, watch this Fortune video: