Can an Algorithm Break The Glass Ceiling? 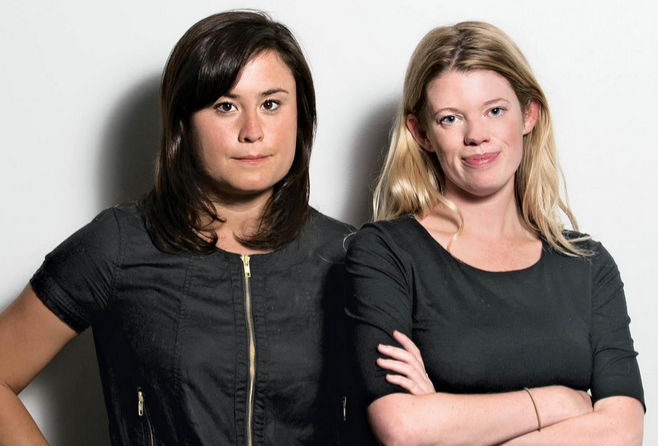 Eileen Carey and Lauren Mosenthal are on a mission to “empower women to break the glass ceiling, together.” Their weapon of choice: Glassbreakers, a San Francisco-based online matchmaking service that pairs mentors with mentees.

I sat down with Carey, CEO of Glassbreakers, and Mosenthal, the company’s CTO, to talk about the connection between mentorship and online dating, the importance of sharing ideas, and the best advice for entrepreneurs.

The following interview has been edited and condensed for clarity. You can find the entire interview on Inflection Point.

I was surprised to learn from the Association for Talent Development that 75% of Fortune 500 companies already offer mentoring programs. What does Glassbreakers do that’s not already being done?

EC: Traditional mentorship is usually between someone very junior and someone very senior. That doesn’t work for women. There are way more mentees entering the workforce than there are mentors. Instead of putting pressure on the mentors to look after all of these women that are coming up, we think it’s going to be more advantageous to connect women around the same place in their career as they rise to the top.

If you’re inside a large company and you’re trying to inch your way upward in the organization, how can a peer-to-peer mentoring relationship help you do that?

EC: Someone super senior might be able to advocate for you, but it’s up to you to really be that strong candidate. Peer mentorship — where you’re building your skill sets, where you’re becoming more confident, where you’re getting that support that you need the day you say, “I want a raise”—I think that’s going to go really far in a company, too.

How does this work inside a company?

Lauren Mosenthal: Let’s say there’s a woman who just got pregnant, and she wants to learn more about the different policies that her company has. She can connect with women who have already had children in the company and learn more about it that way.

EC: It all comes down to data. Glassbreakers will make connections with women who have a lot of similarities. Like, maybe you studied abroad in New Zealand, maybe you’re a manager and you’re about to become a director. You can sign in to Glassbreakers and connect with other women who have made that transition from management to director of the company.

Talk to me about the algorithm.

LM: We’re taking LinkedIn API data—so any of the information you have put on in your LinkedIn profile. Then we have some user input when you first sign in to the app: What interests you professionally, how many years of experience do you have, plus a quick bio and a few words about why you’re on Glassbreakers. We take all of that information and then begin connecting you with other women. Then it gets smarter over time based on successful matches.

How did you get into coding, Lauren, and what do you love about it?

LM: I went to a graduate school program called BDW, which is part of the University of Colorado in Boulder. I took a Ruby class there and some front-end classes, and just fell in love with it. I felt like I was solving problems every day that were really interesting to me. I actually started just falling in love with the community. Going to Women Who Code, meeting other developers I thought were really intelligent, and smart, and kind.

As you build your team at Glassbreakers, what are you finding in terms of the talent pool for developers?

LM: The talent pool has been awesome. I think we’re lucky that a lot of people feel really passionate about what we’re building and the problem we’re trying to solve, so software engineers are constantly reaching out to us.

What is the mix of men vs. women applying?

LM: We’ve had an equal amount of men and women reaching out to us to be a part of the team. We’re looking to build a diverse software engineering team. It doesn’t need to just be women. Our team definitely works in pair programming, which means we’ll sit next to each other and work on the same problem together, which actually leads to more efficient and clean code, in my opinion.

Your technical process is actually reflective of what you’re doing with the company.

LM: Yeah. That’s how I basically got into coding, too.

Eileen, what advice would you give a budding entrepreneur?

EC: If you have an idea, tell everyone; get feedback. If it’s a good idea, people get excited. If it’s a bad idea, they’ll tell you. A lot of times I meet young entrepreneurs and they wanted me to sign an NDA before they tell me about their idea. That’s when I know they’re going to fail.

EC: No one is going to steal your idea, and if you’re the one to build it, you’re going to be the one to build it. If you have a good idea for a technology product and you are a non-technical person, you need a business partner who knows how to build. Lauren and I work really well together because she’s a very good builder and I’m very good doer. I’m like a hustler and she’s a hacker. That combination, it works.

Lauren Schiller is the host of Inflection Point, a radio show featuring conversations with women changing the status quo. Inflection Point is broadcast on public radio stations from KALW in San Francisco, podcast on iTunes, and online at inflectionpointradio.org. The above article is an edited and condensed version of the broadcast interview. Click here to listen to the full audio.