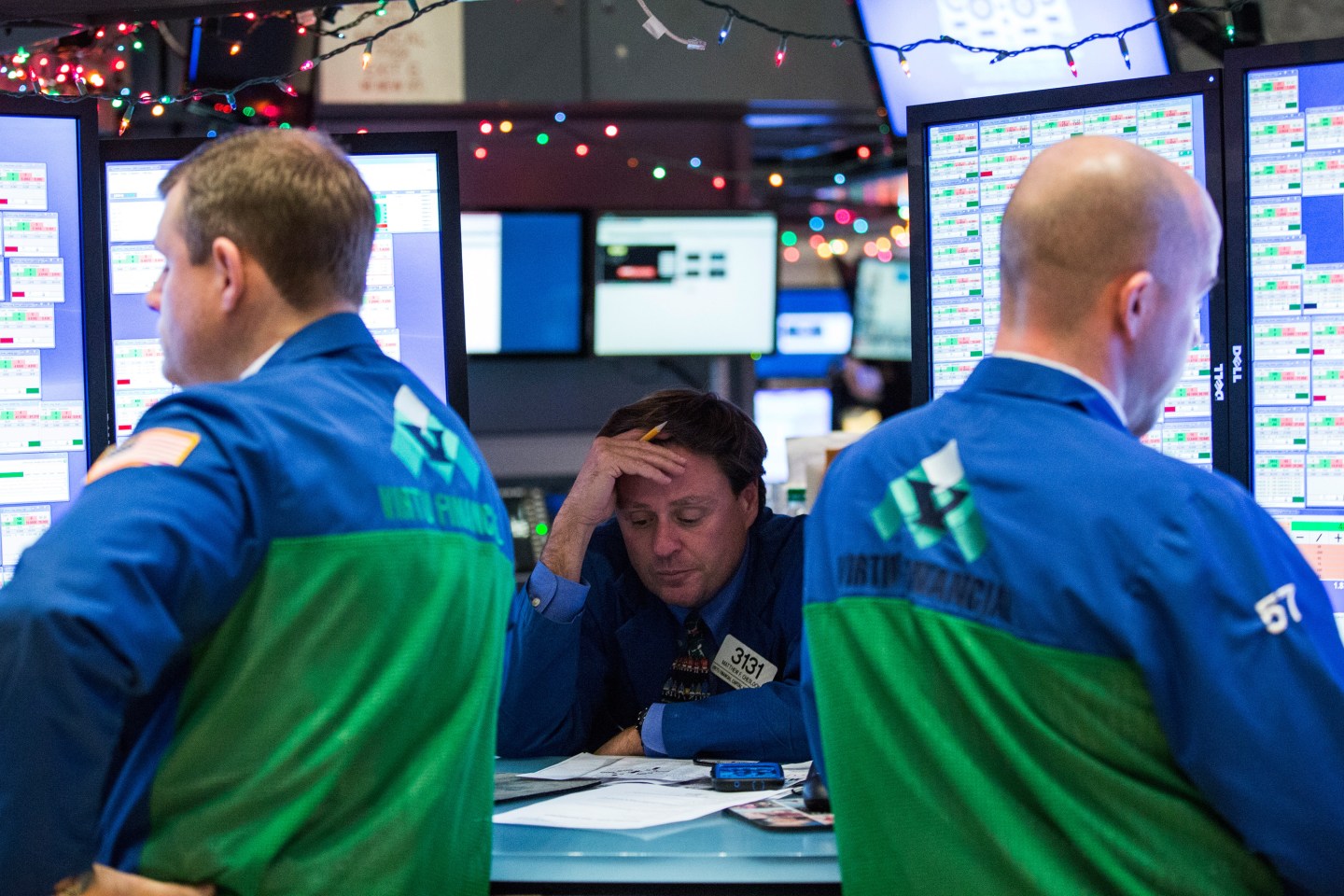 As U.S. stocks took a beating Friday, with the Dow Jones Industrial Average shedding more than 300 points, the Nasdaq had the steepest drop of the major stock market indexes, closing down 2.3%.

Nearly every single company in the Nasdaq 100, an index dominated by technology stocks, lost value, with Yahoo (YHOO) and Tesla Motors (TSLA) falling by about 5% and 4.4% respectively. The biggest laggards in the index were iPhone chipmaker NXP Semiconductors (NXPI), which declined nearly 6%, as well as Viacom (VIAB) and Wynn Resorts (WYNN) which each posted losses of more than 5%.

Game and toy companies Mattel (MAT) and Electronic Arts (EA) closed up 2.6% and 1.2% respectively, though each was rebounding from losses earlier in the week. Finally, trucking company CH Robinson Worldwide (CHRW) rose by less than 1%, while biotech firm Alexion Pharmaceuticals (ALXN) just barely ended the day in positive territory following the FDA approval of its rare disease treatment Kanuma on Thursday, which had pushed the stock higher.

Here’s a rundown of the top-performing Nasdaq 100 stocks Friday, from best to worse: