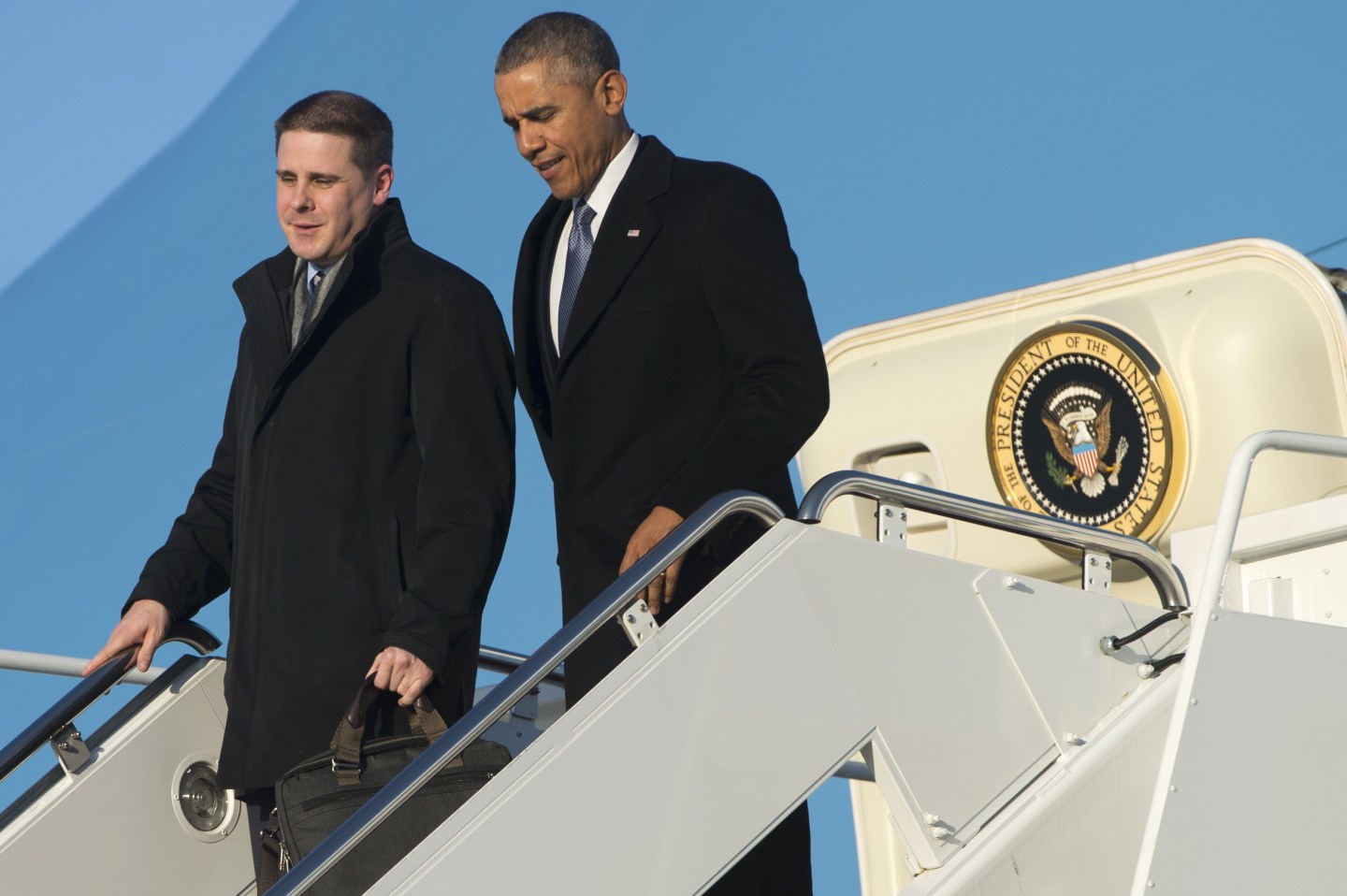 Pfeiffer’s move from the Beltway to Silicon Valley is the latest in a growing list of White House alums who are joining some of tech’s biggest and brightest companies.

Here are some of the most notable ex-Obama staffers in tech today:

Jay Carney
Previous post: Press secretary (2011-2014)
Now: Senior VP of corporate affairs, Amazon (AMZN)
The ex-Washington bureau chief of TIME magazine (TIME) made the move into the public sector, first as Vice President Joe Biden’s director of communications, then as Obama’s chief point person with the media. Carney joined Amazon in March and penned a rebuttal against the New York Times’ unflattering story of the company.

David Plouffe
Previous post: Obama’s campaign manager and senior advisor (2011-2013)
Now: Chief advisor and board member, Uber
Pfeiffer’s predecessor—credited as one of the masterminds behind Obama’s 2008 campaign win—joined Uber as its senior vice president for policy and strategy last year to help with the company’s image and branding. He has since joined the board. Other Obama alums joining Plouffe at Uber, include ex-assistant press secretary Jessica Santillo and ex-director of strategic and message initiatives Jordan Burke.

Katie Jacobs Stanton
Previous post: Obama’s director of citizen participation (2009-2010)
Now: VP of global media, Twitter (TWTR)
Stanton has made a circuitous route to tech and back, as she was hired away from Google (GOOG) to be the specially-created director of “citizen participation” under Obama, using online tools to engage with netizens. She left in 2010 to take up a leading post in Twitter, and to dream up engagement opportunities for the company’s global audience.

Kyle O’Connor
Previous post: Speechwriter and special assistant to the President (2009-2014)
Now: Communications strategist, Nest
A part of the legion of talented speechwriters in Obama’s team—and one of the youngest Presidential speechwriters in history—O’Connor now lends his communications input at smart home company and the Google-owned Nest.