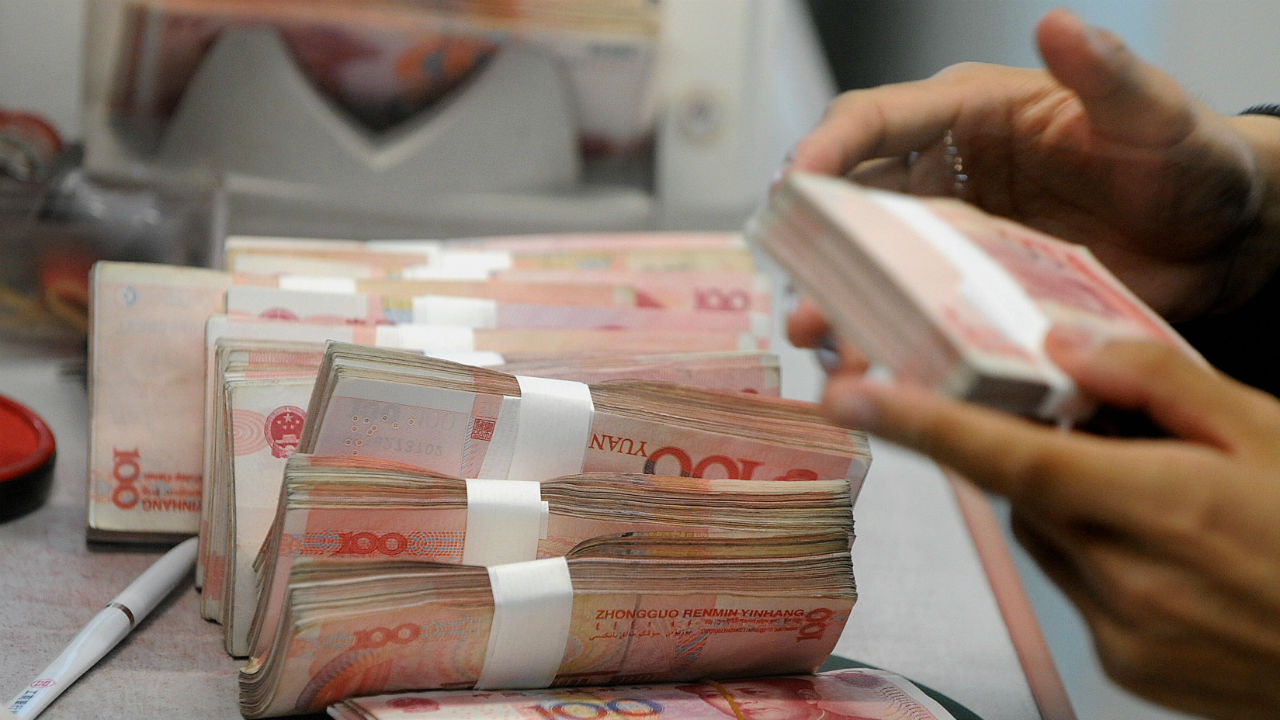 Wall Street stock futures are lower this morning as concerns about global growth continue to weigh on sentiment after Tuesday’s battering. Crude oil and other commodities are recovering some of yesterday’s losses, but are still close to multi-year lows. The dollar is lower against the euro at $1.0930.

Today’s must-read story is by Fortune’s Phil Wahba on why you may be paying more for your Chipotle (CMG) burrito soon. The restaurant chain recently closed 43 of its locations across Oregon and Washington after an e. coli outbreak was linked back to its stores.

China’s central bank steered the yuan to its lowest level against the dollar in four years, fueled by a cocktail of further evidence of deflation, record high capital outflows and weak trade data. The yuan is now clearly below the level it hit in August, when the People’s Bank of China allowed what it presented as a ‘one-off’ devaluation.

U.S. environmentalist and businessman Douglas Tompkins, the founder of outdoor clothing and equipment company The North Face, died, aged 72, during a kayaking trip in Chile, local health officials said. Tompkins founded The North Face, now part of VF Corporation, in the 1960s as a small ski and backpacking retailer in San Francisco.

The U.S. Senate Special Committee on Aging holds a hearing today at 2 p.m. ET to investigate the recent drastic price jumps for off-patent drugs, including Turing Pharmaceutical’s treatment Daraprim. Chairman Susan Collins and Ranking Member Claire McCaskill will lead the bipartisan examination on the issue. The goal is to uncover what’s prompting the drug price increases, which McCaskill has said “looked like little more than price gouging” with “no relationship to research and development costs.” Witnesses include experts from Johns Hopkins University, University of Utah Health Care, and University of Alabama at Birmingham.

The Energy Information Administration will release its U.S. oil inventory report today at 10:30 a.m. ET. Prices on oil futures dipped for a third straight day, wiping out recent gains and hitting their lowest level in seven years. The dip came after the Organization of the Petroleum Exporting Countries said it would maintain high oil production despite the low prices. U.S. crude production is expected to hit 9.33 million barrels a day this year, up from previous estimates of 9.29 million, according to the EIA.

The Republican National Committee hosts its Presidential Trust Dinner tonight in New York City. The fundraiser will draw party bigwigs like Representative Paul Ryan and RNC Chairman Reince Priebus as well as top donors like hedge fund manager Paul Singer and former WWE CEO Linda McMahon. There will be at least one missing famous face, though. Republican presidential candidate Donald Trump won’t be there, backing out after previously confirming his attendance in October after the event was announced. “There will be no presidential candidates attending the dinner,” an RNC spokesperson told TIME.