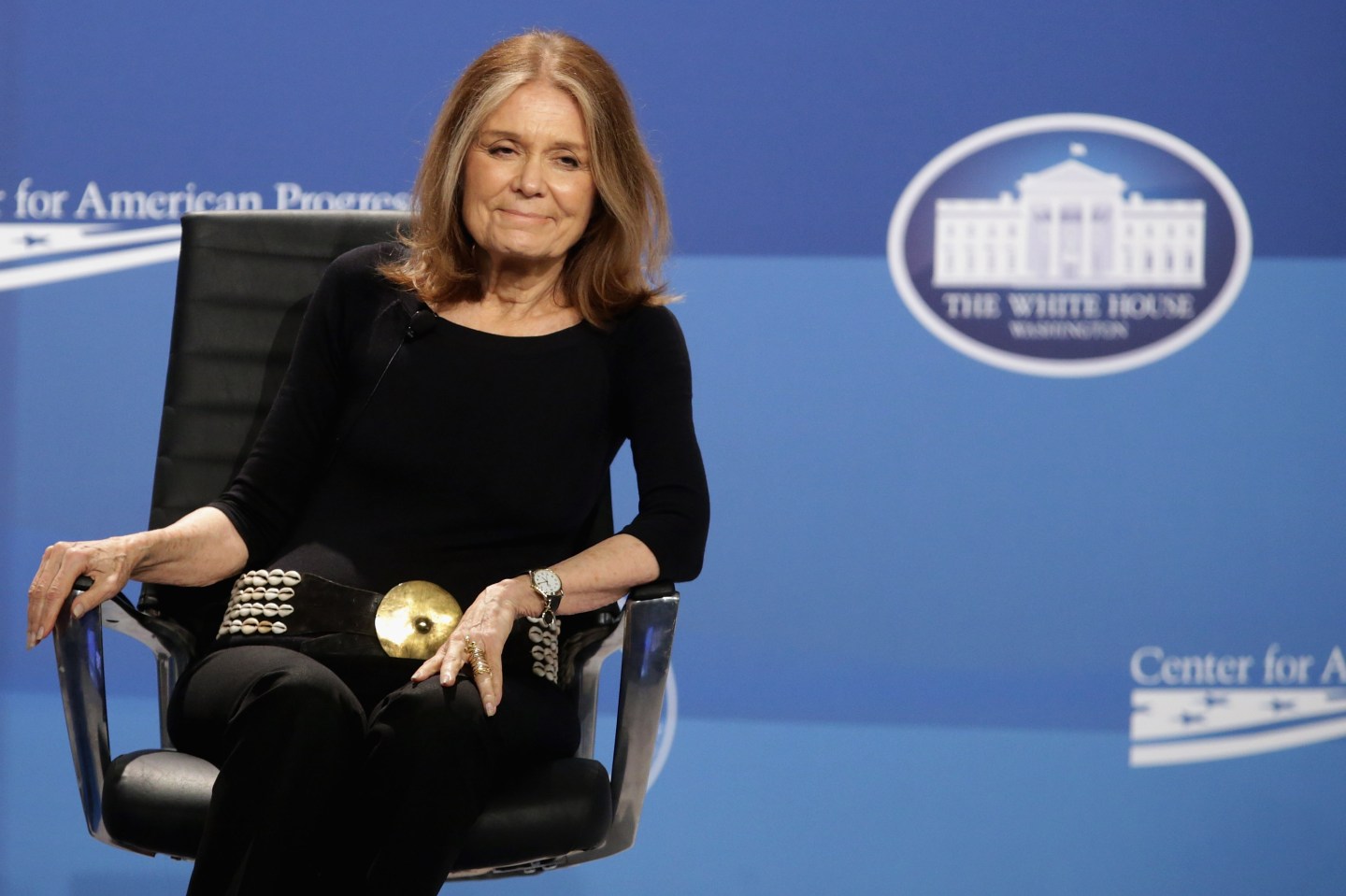 WASHINGTON, DC - JUNE 23: American feminist, journalist and political activist Gloria Steinem participates in a panel discussion during the White House Summit On Working Families at the Omni Shoreham hotel June 23, 2014 in Washington, DC. Organized by the White House, the Labor Department and the Center for American Progress, the summit explored ideas like paid sick, maternity leave and universal preschool. President Obama on Monday ordered federal departments and agencies "to expand flexible workplace policies to the maximum extent possible," with an eye toward improving flexibility for parents. (Photo by Chip Somodevilla/Getty Images)
Photo by Chip Somodevilla—Getty Images

Uber is one of those companies that inspires strong feelings in people—some good, some very, very bad. After taking a peek at Gloria Steinem’s Christmas list, it seems safe to put the feminist icon in the latter camp.

Speaking at a Dec. 5 holiday show for the Betty Effect, an organization that uses music to empower women for social change, Steinem unleashed a list of the “top 10 things I want for Christmas.” And while her rundown doled out praise to a few—including President Obama—it’s the “naughty” portion of the list where things get interesting.

One target, coming in at No. 5: Uber. Here’s what Steinem had to say about the ride-hailing giant:

Steinem’s first complaint appears to refer to Uber’s surge pricing policy, under which prices rise as demand increases, such as during bad weather. While the policy is widely despised, it seems unlikely to disappear; the ride-hailing company has said that the rate hike helps motivate more drivers to hit the road during peak times. (Pro tip: Wait it out. A recent study found that surge periods are typically short, as little as five minutes.)

Her second point, though, remains hotly debated. Uber, which along with competitor Lyft, has been sued for discriminating against disabled passengers—a charge both companies have denied. Uber has defended itself by arguing that it’s a tech company, not a taxi company, and is therefore immune to the laws that regulate transportation providers. The ride-hailing company does not require that drivers have wheelchair accessible cars, though it does partner with third parties to allow app users in some cities—including New York—to hail a wheelchair-friendly ride.

Uber wasn’t Steinem’s only target. Also in her sights: Donald Trump, state legislatures, “ultra-right-wingers,” and lax gun laws. The icon did include some holiday cheer on her list, praising Black Live Matter founders Alicia Garza, Opal Tometi and Patrisse Cullors and sending “a nice Christmas thank you to President Obama.”