Why Some Video Games Are Good For Your Brain 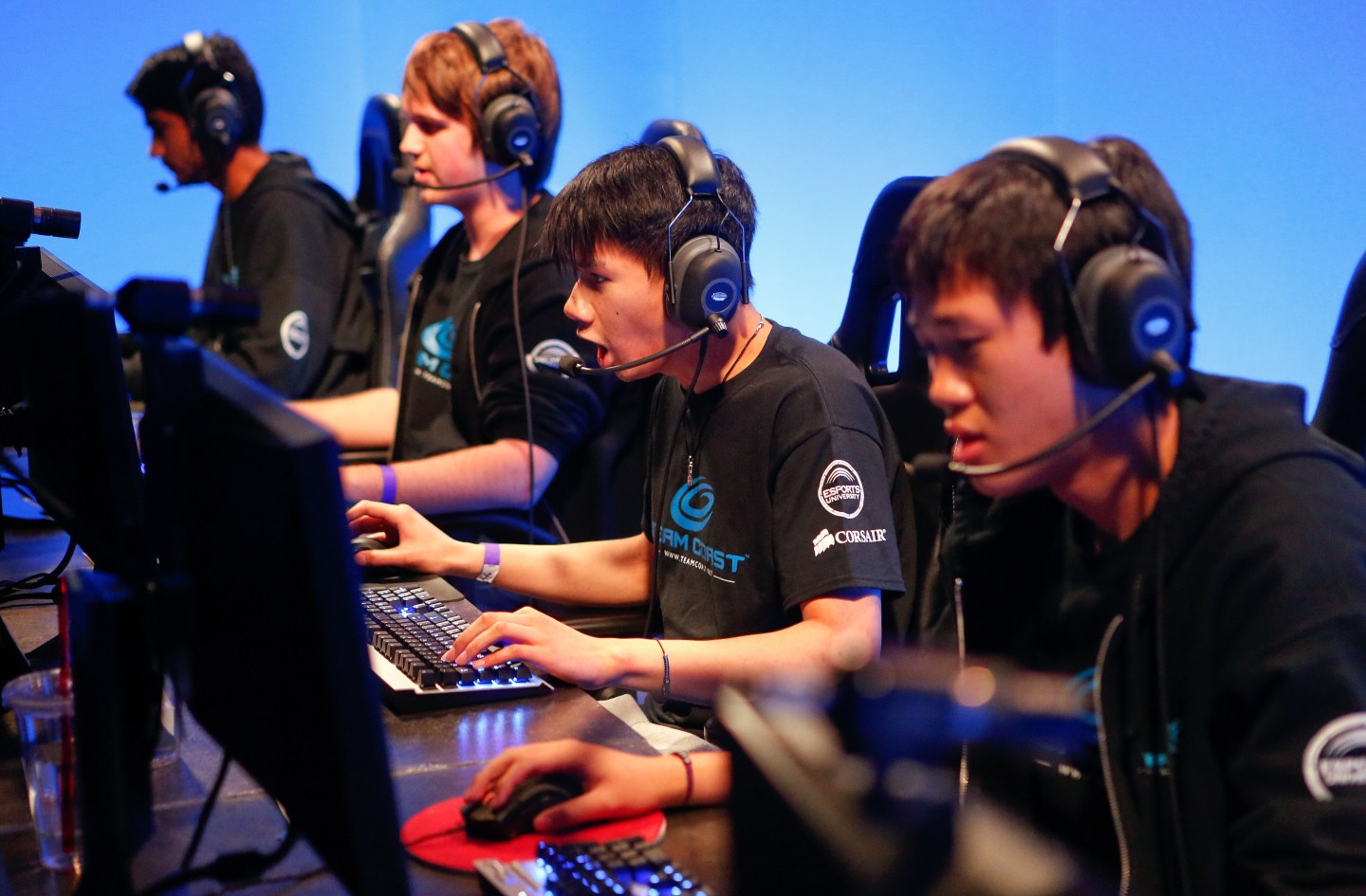 left to right-Darshan (ZionSpartan) Upadhyaya, Josh (NintendudeX) Atkins, Danny (Shiphtur) Le, and Brandon (DontMashMe) Phan, members of the eSports team going by the name of Team Coast, play a match in the League Championship Series for League of Legends, a tournament for a PC-based video game at Riot Studios in Santa Monica on July 25, 2013.
Photograph by Mel Melcon — LA Times via Getty Images

If you’re wondering where you put your keys again, it might be time to dust off the video game console. Neurobiologists at the University of California, Irvine have found new evidence that some video games can improve memory.

But players have to pick their favorites wisely if they want to increase their brainpower. Not all video games are created equal, it turns out.

In the study, to be published Wednesday in The Journal of Neuroscience, some college students played the more passive, 2-D “Angry Birds” game, while others played “Super Mario 3-D World.” At the end of two weeks, Angry Birds players showed no memory gains while the Super Mario players improved their memory recall by about 12%.

The gains are a significant improvement that show that video games can be a major help in improving memory. By comparison, people typically lose about the same percentage of their memory power between the ages of 45 and 70.

Previous studies have shown that playing popular cell phone and video games for at least 10 minutes a day may help players improve their game scores or their success in moving from one level to the next. But they tend not to boost brain performance outside of the game.

This new research suggests that games with a little more problem solving and a few more spatially complex tasks may help train the brain’s hippocampus for things like remembering lost keys and recalling new names.

The research was conducted on 171 college-age subjects including regular gamers and non-gamers. And the results, across groups, were similar: those who ‘trained’ for 30 minutes a day in the immersive 3-D games improved their memory. Those who played 2-D games performed no better on memory puzzles than control subjects.

And when players stopped training, or didn’t put in a good effort, they lost their new memory muscle. Study co-author and neurobiologist Craig Stark says the more immersive, exploratory games are kind of like a workout for the brain. And just like going to the gym, “you’ve gotta actually play” to reap the benefits.

This falls in line with what scientists know about how the brain navigates space and improves memory in the real world. Just like learning your way around new places or heading out for a walk helps the brain remember and problem solve, this kind of virtual ‘walking’ and exploring a new place in a video game can have a similar effect.

The research suggests video games could become a kind of hippocampus training gym: they might some day help older people restore lost memory power and “keep that [memory] system in top form,” as Stark says.

So, if you can’t make it outside today, a virtual ‘walk’ through an interactive game may still be a decent workout for the brain, if not the body.

Find out which of the tech world’s big-wigs play video games: