Target Invokes Willy Wonka for Its Store of the Future 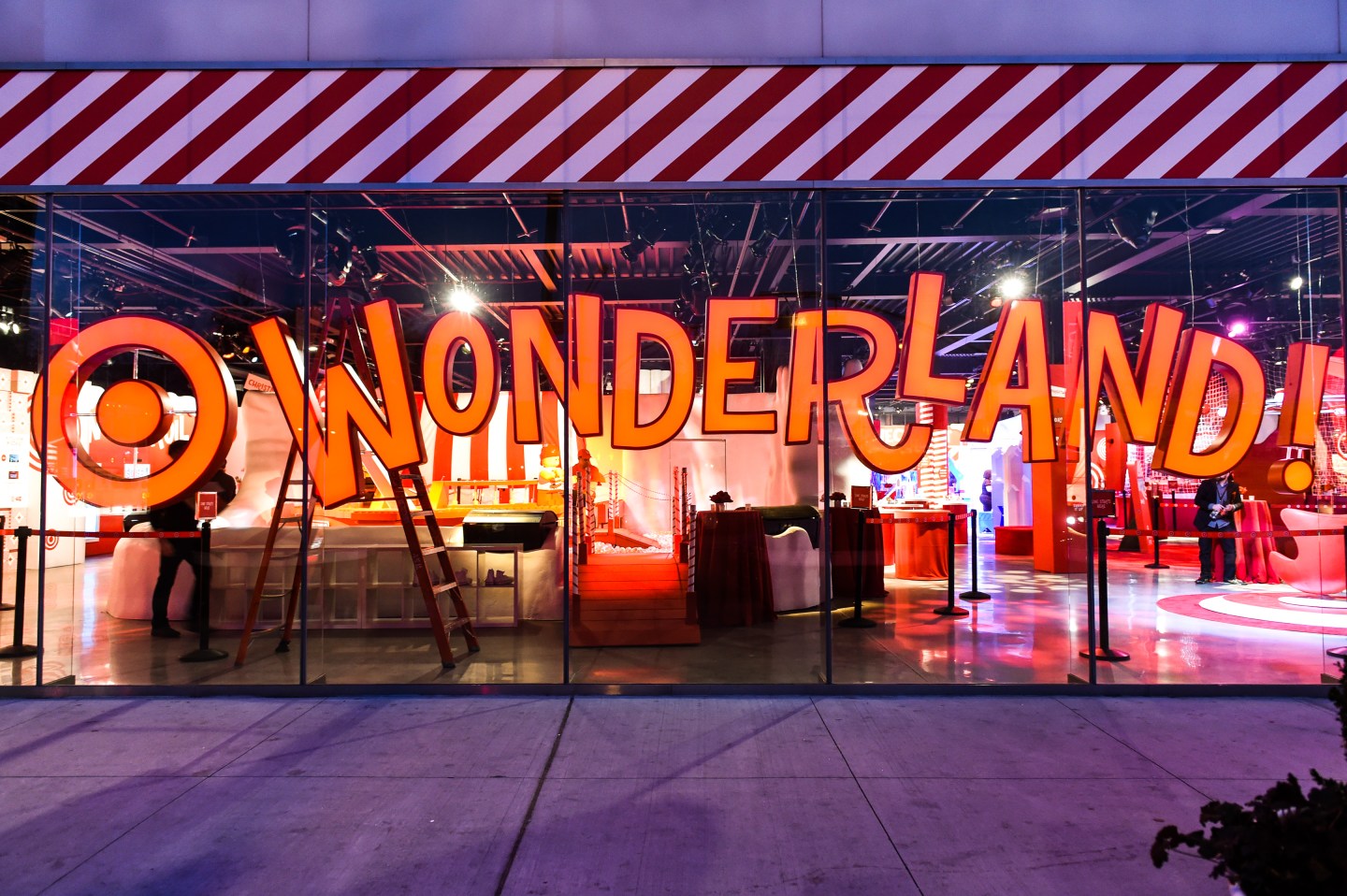 Target (TGT) has opened a 16,000 square-foot “retail spectacle” in New York’s trendy Chelsea district in time for the Christmas rush, including 10 holiday-themed displays that blend the digital and the in-person shopping experience. It’s not just fun and games: the installation aims to test future ways it will sell its wares to customers.

Shoppers at Wonderland, as Target calls the installation, can get their picture superimposed on a giant Etch-A-Sketch, watch their children play in a ball pit next to gigantic replica of the Lego pirate ship, and pose for a selfie with Target’s Bullseye terrier mascot, among other diversions. More importantly for Target, they can also spend money and give insights into how their shopping behavior is changing.

When visitors, or as Target calls them, “guests,” enter Wonderland, they get a target sign to wear around the neck that includes an RFID (radio frequency identification) tag, allowing them to make purchases. As visitors pass various displays and see something they want, they can scan the code on the product. Later, once they are ready to exit, they check out and pay for those items, without having had to haul them around. At the end is a chimney through which Santa’s arsm hands off their packages.

Target’s Chief Marketing Officer, Jeff Jones, told Fortune that Wonderland is what he imagines Willy Wonka, Dr. Seuss and Santa Claus would come up with if asked to create a Christmas store.

But more seriously, Jones recognizes that Target can’t set up such lavish installations at 1,800 stores, which would be expensive and that anyway people aren’t interested in “spectacle” when buying staples like diapers and underwear.The idea of offering more in-store experience for special merchandising and making it easy for customers to shop without being bogged down by carts is part of what Target is testing in a bid to offer a differentiated shopping experience.

As Fortune reported in September, Target is currently testing new shopping concepts and next generation in-store experiences, which include the use of robots.

Wonderland is hardly the first time Target uses New York City as its muse. The retailer has a long tradition of tapping Gotham’s hipness to spur its own, ranging from having models scale Rockefeller Center in 2005 for a fashion show, to building a life-size dollhouse in Grand Central Station, to having a Christmas pop up store on a boat (USS Target) moored in the Hudson River a few years ago. Wonderland opens on Wednesday through December 22nd.